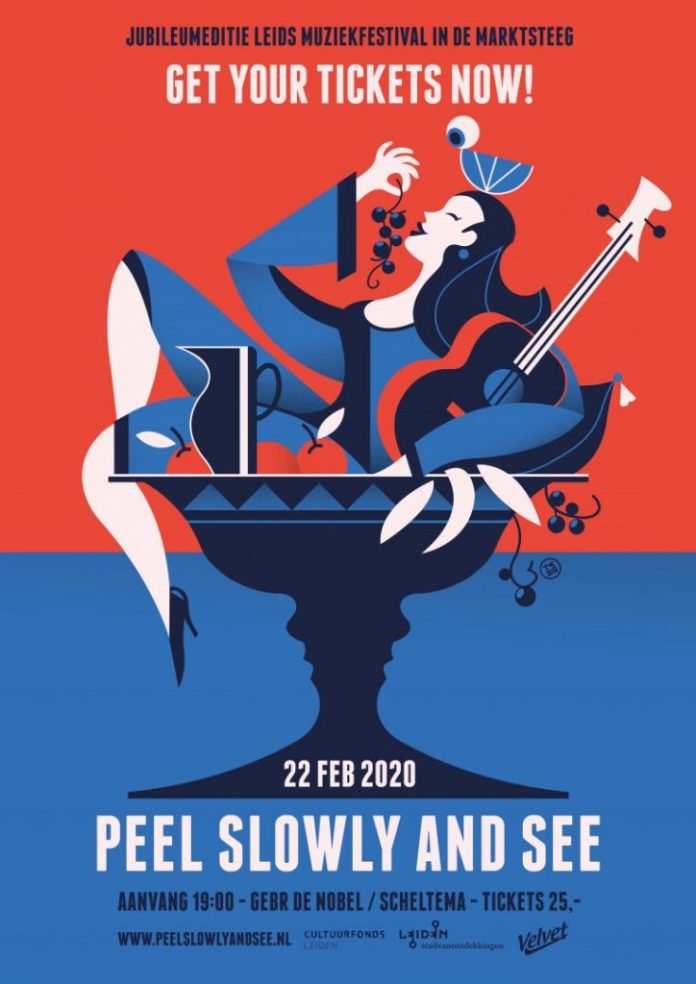 St Petersburg’s sensational band Shortparis – first seen by this magazine in Ljubljana’s notorious Metelkova complex in February 2018, alongside a clearly gobsmacked Mary Anne Hobbs – play a festival in Leiden the Netherlands called Peel Slowly and See. Now in its 10th edition, Peel Slowly and See has always programmed stranger and more abrasive local acts alongside artists that appeal to the mainstream public.

This magazine has strong links with Leiden, a beautiful city that nevertheless has a strong subculture connected to punk and heavy alternative music, and until recently, had a great underground network with legendary places like Bar and Boos, the Linkse Kerk, the amazing SUB 071 and the Multiplex squats. The Membranes played a crazy gig at SUB five years ago with the great Serbian punk rockers Repetitor and slick, crazy Argentinian funk-skank outfit, Las Kellies. An incredible night.

As well as Shortparis, who are worth the admission alone, there are some brilliant acts on show, such as the UK’s Kefaya and Cykada, and Belgium’s Isbells. Locals not to be missed are Rotterdam’s mysterious and emotional rockers Neighbours Burning Neighbours, and Cape Verdean party-animals-in-Rotterdam, Tabanka. Other really interesting names from the much-heralded Dutch alternative scene include Cantos Deus, Spoelstra, Lena Hessels and Personal Trainer.

The festival is hosted at local venues De Nobel and Scheltema, which are situated next to each  other, so not much walking to do. We’ll be there to give the low down, but if you can, go. More info https://peelslowlyandsee.nl/