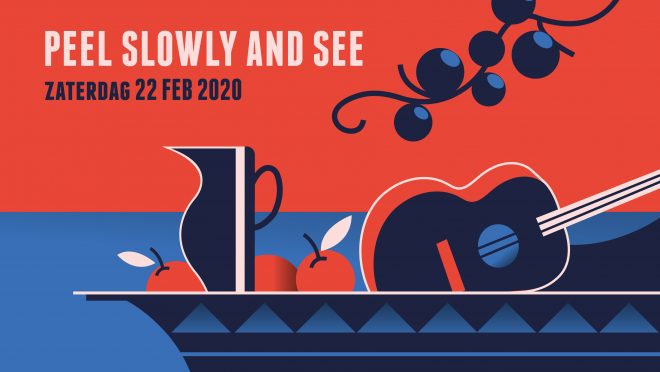 Once a city that boasted a plethora of places to see underground and off-the-radar gigs, Leiden has in recent years contented itself with a pretty staid fare of jazz, singer-songwriters in pubs, nostalgia clubbing, 80s-90s names and comedy nights. For a city with a very high student and international migrant population in search of something to do, it’s puzzling. A sign of these post-squat, “experience economy” times? Maybe, but all the more reason to welcome the rise of the Peel Slowly and See festival, which has, over time, filled a gap in the market courtesy of some clever programming. Somehow PSAS has also been able to appeal to Leiden’s mix of sonic radicals, well-appointed students, internationals and a strangely “Leidse” coterie of professional music dudes who never seem to go to gigs. It’s a shame this kind of thing only happens once a year.

And PSAS 2020 was possibly the best edition we’ve seen; one that entrenched 2019’s commitment to the more ingenious elements of the Dutch underground (then Red Brut, Lewsberg, The Avonden and SCMB), by pitching a new batch of local names against a popular programme that had more teeth and adventure. PSAS also ensures there is something for everyone and enjoyable, accessible music such as that from Melle, Isbells, Ottla and Kefaya drew people in and settled them down for more antagonistic fare. 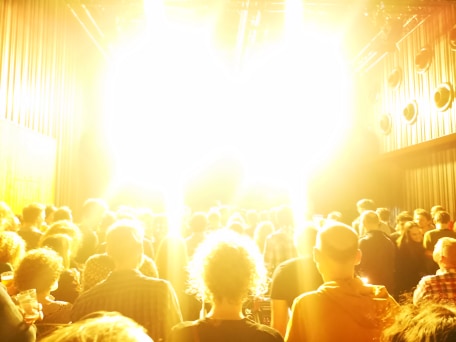 The first gig of note was dished out by Spoelstra in the new art space Marktsteeg 10, another concrete-and-coffee hang that nevertheless has a nice, unpretentious atmosphere. Here Mr Spoelstra – aka Jeroen Warntjes – set out his “nature table” of electronic gadgetry and found objects and embarked on a bracing set, full of his trademark “country glitch rock” with one or two very effective (and new?) ambient cuts to leaven out the show. During these latter pieces Spoelstra almost “got Dieter Moebius on our collective ass”; no bad thing, you will agree. The gig was a blinder, possibly because Spoelstra felt at home surrounded by such fashionably Spartan settings. This, after all, is a man who has graced all nature of musical Salons des Refusés around the Bollenstreek (possibly the first time I saw him was in de Linkse Kerk with Oldseed, which really shows my age). As such I associate Spoelstra’s enervating, humorous anti-music with concrete, reclaimed wood and beer bottles from crates. Great stuff. 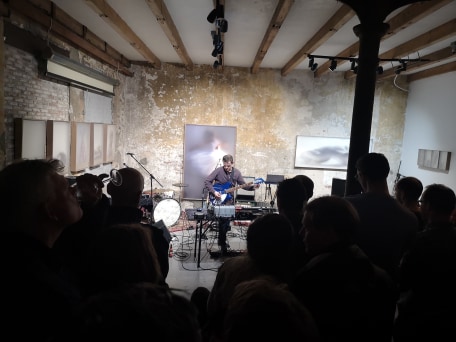 Now well and truly up-for-it, we popped over to the small room in de Nobel to tackle Neighbours Burning Neighbours, who were still sorting out their sound. Oh no, they were one minute late for playing the set, and that’s not allowed on a Saturday night. “Speleuh”, shouted one wag in the crowd, airing that time-honoured Dutch rebuke-come-joke that should by now be given a blue plaque and placed on a venue wall. Or have its protagonists undergo a sentence washing hyacinth bulbs. The band responded by indulging in their trademark hug followed by a set full of dark, scorched post-punky rock, drawn from places that feel like deep fissures of memory, or open emotional wounds. That Neighbours Burning Neighbours are new and amorphous, and showing off all their growing spurts under the public eye is a thrilling thing to witness. Watching them this past few months reminds me of a quote by (I think), Cosey Fanni Tutti when speaking of the creative process in early Throbbing Gristle, namely: “Honesty happens when things develop form.” That’s what grabs me about this band: their honesty and vulnerability and total lack of any pretence is creating a vital music that has to be experienced now. That they also manage to (doubtless accidentally) combine sonic scree from the early Bunnymen, Babes in Toyland and Throwing Muses with local stuff of legend, makes them a real proposition. Hell, people danced in the face of this blast furnace; de Nobel’s usually excellent sound adding to the trip.

Then it was time for St Petersburg’s Shortparis, an act who really need no introduction from me, though I will say this: this PSAS gig is (at a rough count) the eighth time I’ve seen them in 18 months and they just get better and better. In fact as a live act they are verging on greatness; able to communicate their own worldview without feeling any need to compromise. They repel, fascinate and entice in equal measure; and that makes them very exciting indeed. Now on de Nobel’s big and well-appointed main stage, the band’s experience of playing Europe’s shitholes this past seven or so years paid off. Mesmeric frontman Nikolai alternated between displaying a Mayakovskyan melancholy that could have swallowed the world and an aggression straight from St Petersburg’s drinking dens.

The set was a brilliantly paced mix of 2017’s LP ‘Easter’ and the gargantuan new release, ‘Thus Was the Steel Tempered’. A couple of new tracks thrown into the mix sounded richer and more abstract, like big colours painted on a huge canvas. For those uninterested in song-spotting the gig provided plenty of excitement in other ways. It was nigh on sexual at times, certainly in the way the monstrous bombast and brutal, shuddering beats (combined with the frenzied dancing of Danila and Nikolai), cleverly massaged a gobsmacked crowd into more than a mild frisson. A front row of gyrating women and flushed men with open blouses immersed themselves in this new, exciting pleasure dome. 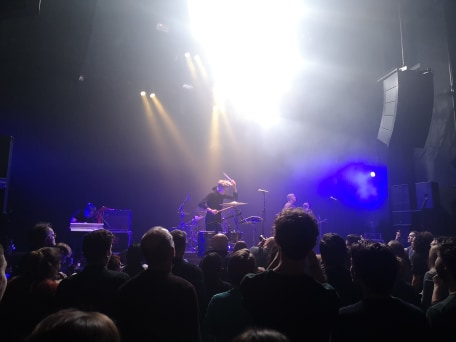 It was this writer’s conceit that he could bring together the Eastern and Western churches in a display of Love and Understanding that would not only light up the Marktsteeg, but the rest of humankind. Unfortunately, Shortparis’s Nikolai and Cantos Deus’s Jacco Weener were otherwise engaged with their bands. Jacco, as ever at the mercy of unexpected timetable changes, had to sit in Scheltema’s foyer area with his comrades-in-sound Bruno and Lukas (underground veterans of high repute) until Tabanka finished their set. Ah… Tabanka, why should they have stopped? They are a wonderful and giving collective who play the most heartwarming Cape Verdean party funk. And they were not to be denied on the main Scheltema stage. Exhortations to have a good time pealed forth like calls to worship, and the audience cut rug with abandon.

Once Cantos Deus started, all revelry ceased. Bruno Ferro Xavier Da Silva’s ingenious bass splurts and Lukas Simonis’s canny guitar scratches provided the perfect – and beautifully worked – antidote to the strident preaching of Weener, who demanded complete subjugation in the face of The Lord’s expected coming. You can never really be sure what you’ll get with Jacco Weener, apart from commitment to a musical road less travelled. We have seen him bang dustbin lids, walk through a door, get stranded on a boat and bite his way through a bedsheet in the name of his Muse. And that’s just in Leiden. The latest manifestation, a request for a whip round to help the Lord’s work, (all the while screeching over some top-quality skronk), ended up in his pocket. Still, those who dug this new sound have reason to hope it’s the best thing he’s done. On y va!

After this we caught snatches of Cyklada and Personal Trainer in de Nobel; both masters of making enjoyable, everchanging revues, one urban jazztropica, the latter outfit creating “Dexys pop” with something of De Kift to it: regardless, both group efforts of real charm and poise. After All This Fun, revelry of a bacchanalian kind ensued in Scheltema. And reports that your correspondent danced to Toto’s ‘Africa’ are to be taken with more than a pinch of salt.

Apologies to Lena Hessels, whose gig we missed, take it from us she’s brilliant.

Pictures courtesy of the festival