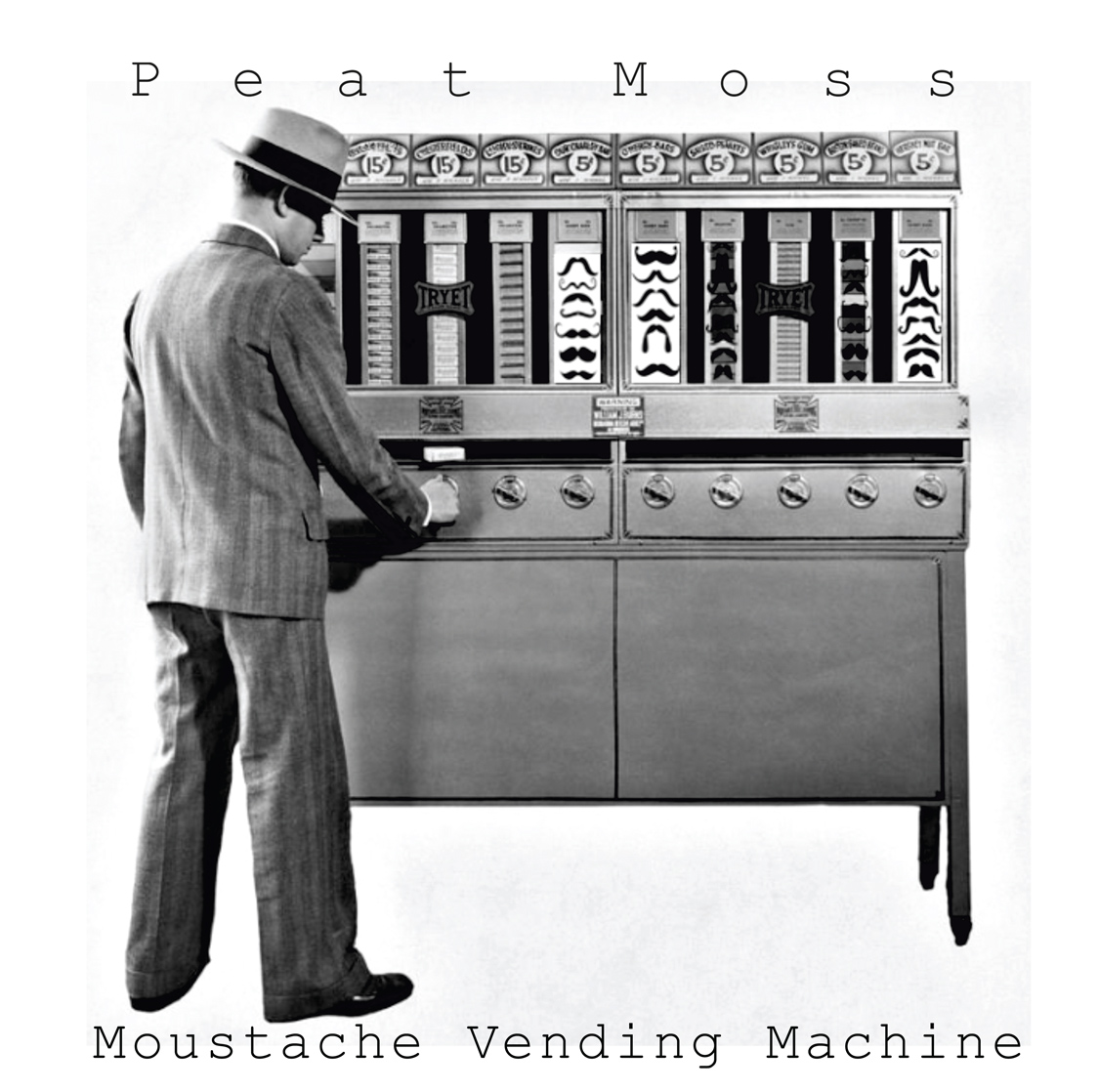 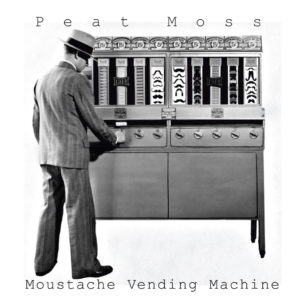 Formed in 1987 by a band of brothers and friends, Peat Moss release their third album, Moustache Vending Machine, with a little help from a sprinkling of guests. Louder Than War’s Mark Ray discovers if the moustache tickles or prickles.

The main core of Peat Moss  are Steve Geis and brothers Bob and Brian Nupp. Guest appearances include Bid and Lester Square (who also designed the cover) of The Monochrome Set, and Jeff Nelson of Minor Threat. The album was recorded between 2010 and 2015, giving the album the feel of a compilation.

The subjects range from brussel sprouts to monocles, and the music veers from 80s electronic pop to 60s psycho-quirkiness through to, what could only be described as, songs for children. Imagine Frank Zappa being born in some English industrial city and what that might have done to the music he created and you will get somewhere close to Peat Moss. Oh, and throw in an obvious love for English eccentricity and you might just have it. These guys obviously had great fun recording these songs.

It all starts with the titular moustache song. It’s music hall in style; a simple ditty about a man’s luck and success with women improving once he discovers the moustache vending machine. This is followed by Red Velvet Records. A gorgeous song, lyrically burlesque with the music mixing up the 60s and the 80s. Bid sings this, with his velvet smooth voice, and the guitar soars like a razor blade scorching down the rough skin of an unshaven PI. It’s a toe tapping little gem.

I’ll Lick Your Tires sounds like a crazy car jalopying down the road, driven by an insane clown who declares that he will, well, lick your tires. It’s rather unnerving. Plastic Eye Monocle sounds like early Devo. It’s 80s synth with a great riff that will get into your head for days. Icee Coke also has that 80s drum beat but this time overlaid with a visceral guitar sound that reminds me of Foxx era Ultravox.

Coffee at High Noon is the second song sung by Bid with his best world weary élan. He sounds like he has just tumbled out of a night club, money all gone, bow tie askew, women having deserted him, the sun just coming up, with a self-knowing smile on his lips and a desire only for coffee. A beautiful song.

Adventures in Plaid is one of a couple of songs that could easily have been written for some kids TV show. The video to Adventures in Plaid would no doubt be filled with violent clashes of colours and a rocket ship shooting off to Mars with the Teletubbies aboard.

Judo has a call and response that starts with a random martial arts mugging and somehow manages to take in everything from Star Wars, Ringo Starr and Devo. It’s really funny (which too many songs that try to be funny just aren’t) and great fun.

Throw in peons to sprouts and the Yamaha DX11 synth,  a song about bubbles and a mood piece to round it all off, and you have an album that’s well worth checking out; just like a selection of moustaches for all occasions, there is something to suit all your moods. Though I can’t guarantee that romance will be improved.

Peat Moss can be found online here. They are on Facebook. And the CD/DL can be purchased at CD Baby.