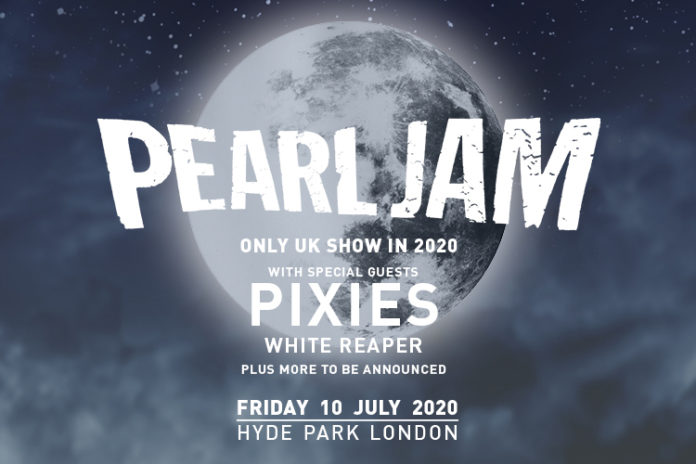 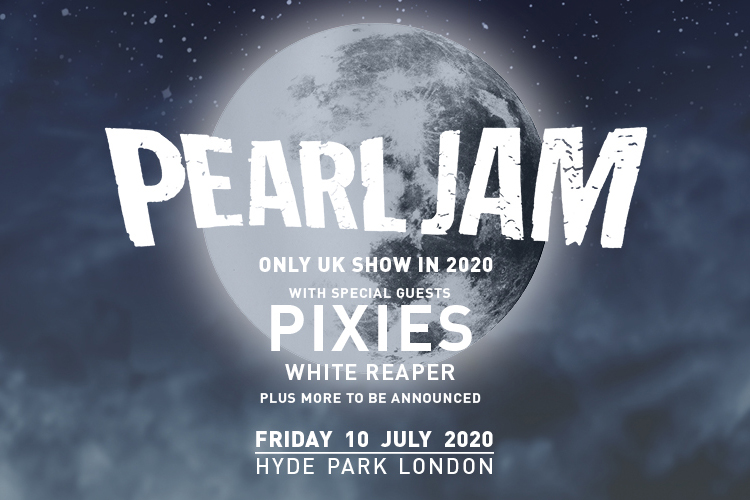 Plus special guests
Pixies
White Reaper
+ more to be announced

BST Hyde Park have announced another mammoth headliner for 2020, with US rock titans Pearl Jam set to play on Friday 10th July. They’ll be supported by Pixies and White Reaper – more be announced. Some tickets on sale from today…

Until 9.30am Saturday 7 December 2019, eligible American Express® Cardmembers can exclusively purchase tickets before they go on sale to the general public. Click here to book.

Pearl Jam will take to Hyde Park in a UK Exclusive live performance for 2020. They are the second act to be announced and join the ultimate girl band Little Mix who will headline BST Hyde Park on Saturday 4th July.

Formed in Seattle in 1990, Pearl Jam were one of the pioneers of the alternative rock movement that changed music forever. Lead by the superstar frontman Eddie Vedder, 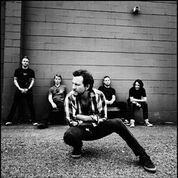 their breakout debut album Ten, released in 1991, had a lasting impact on the scene, achieving the group mainstream success. They’ve inspired countless bands with their hits, including Black, Jeremy, Alive and
Rearviewmirror. They’ve sold more than 85 million albums worldwide and have built a reputation for being one of the most incredible live acts of all time. Rolling Stone listed them as one of the ‘Top Ten Live Acts Of All Time’ in its readers’ poll in 2011. Last year, the band performed two nights at the O2 Arena in London to rave reviews, with Classic Rock calling their last London show an “astonishing end-of-tour blow out”.

Releasing their tenth studio album Lightning Bolt in 2013, 2020 marks 30 years since the band’s formation and Hyde Park is going to be one hell of a celebration.

Joining Pearl Jam are fellow US rock legends, Pixies. Formed in 1986, Pixies have inspired a wealth of bands since 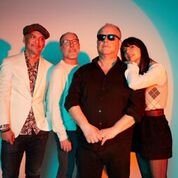 including Nirvana, Radiohead, two past BST Hyde Park headliners The Strokes and Blur – and even a future one, Pearl Jam. Renowned for their incredible live shows, fronted by the mesmeric Black Francis, guitarist Joey Santiago, David Lowering and newest member Paz Lenchantin, this your chance to hear Debaser, Gigantic, Here Comes Your Man and Where Is My Mind? in all their glory plus newer songs from their 2019 album Beneath The Eyrie.

Hailing from Louisville in Kentucky, White Reaper will bring rock & roll to Hyde Park on 10th July. They specialise in bubblegum hooks and psychedelic weirdness 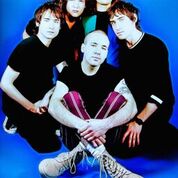 over their short, energetic garage punk songs. Formed by singer/guitarist Tony Esposito and twin brothers Nick and Sam Wilkerson while they were still teens, the group released its first single in 2013 Conspirator/The Cut. Their latest album You Deserve Love was released last month.