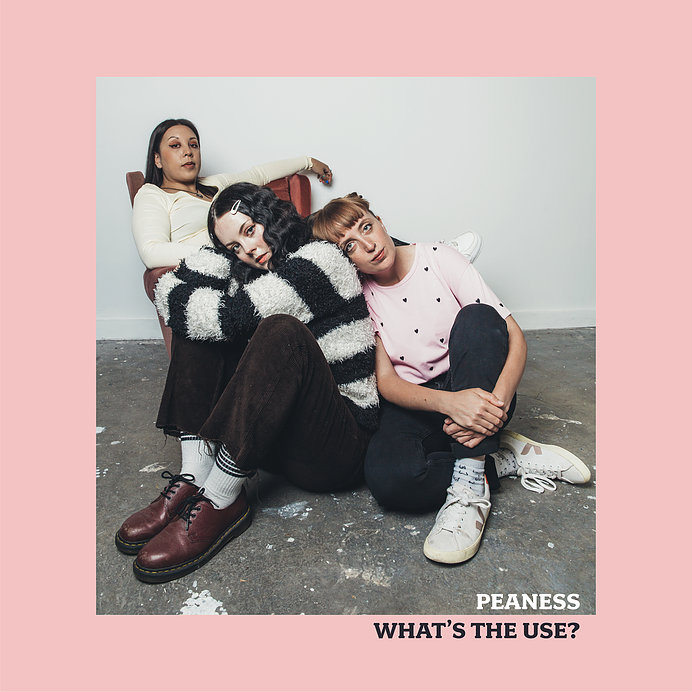 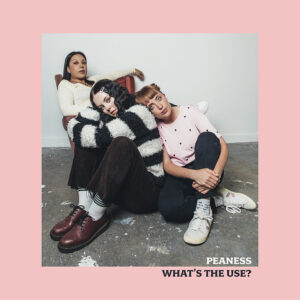 Peaness, the Chester based indie-pop female trio release their new single What’s The Use? on 27th October 2021. It’s the first to be taken from their forthcoming debut album.

Peaness came together in late 2014 and started performing live in July 2015 supporting the likes of We Are Scientists, The Cribs, The Beths, The Big Moon,  She Drew The Gun and The Lovely Eggs. Their self released debut EP No Fun came out in 2015 which led to them being picked up by BBC Introducing, 6 Music and Radio 1. Since then the band have released a limited single via Canadian DIY Label Kingfisher Bluez and a second EP, Are You Sure on Alcopop! Records; as well as later self releasing Breakfast and Kaizen (digital singles) before putting these tracks together on a limited 7” in 2020.

Peaness had planned to release What’s The Use last year however it was delayed due to the obvious reasons. The single is especially welcome now though as it delivers the bands sunshine-laden indie-pop to brighten the short autumn days and darker nights, despite questioning the point of anything. It reminds me of the DIY releases on Sarah Records with the jauntiness that you’d have got from Girls At Our Best or Talulah Gosh. The video, created by Jess from phone footage captures the fun ‘from previous tour shenanigans for a fast-paced, exciting, and wholesomely authentic representation of Peaness life’.

Next up the band have their biggest ever London headline show at Oslo on 18th November 2021 and a support slot with BC Camplight at Manchester’s O2 Ritz on 8th December 2021 with more news on the albume promised soon.