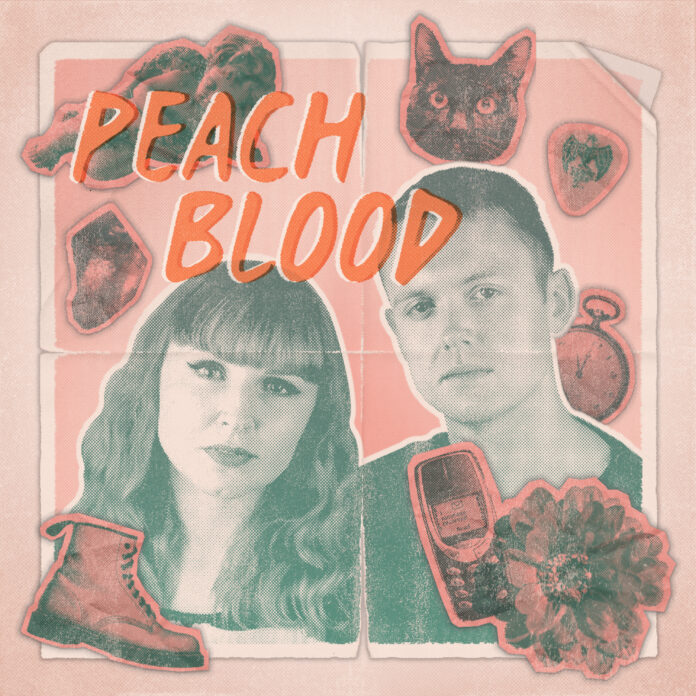 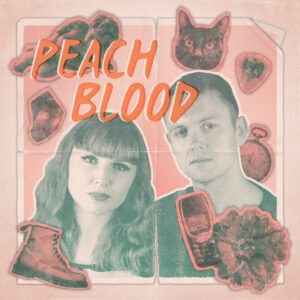 Influenced by bands such as Fleetwood Mac, Best Coast and Wolf Alice this self titled debut EP by alt-pop duo Peach Blood has the sunny sound of 90s American grrl-pop mixed with contemporary dream-pop and indie-folk.

Comprising of Holly (vocals/guitars) and Matt (guitars/production) the collection was recorded earlier this year from their ‘makeshift’ home studio, a DIY enterprise with Holly also handling the visuals and artwork. Opener and lead single Kindred Soul is a sweet, airy ode to a sister with ‘shaven hair, dressed in yesterday’s clothes’. It could be romantic, or it could simply be the tribal pull towards finding your people.

Following tracks Your Language and Oxford have a more biting edge lyrically and musically, skewering the fault lines of doomed relationships with grungy, fuzzy guitars. Closing track By Now describes a world weary frustration with adult life, Holly’s vocals at their best in the sleek verses and layered harmonies of the chorus. 1987, described as being inspired by the Black Mirror episode San Junipero, is the standout track for me combining abstract feeling lyrics with dreamy verses and a fabulously big, catchy chorus.

Fans of artists such as Juliana Hatfield, Liz Phair or Cat Power you should find a lot to love in this EP. An instantly enjoyable clutch of songs with a broad appeal and a charming mix of naivety and cynicism – or as the lyrics of Kindred Soul put it ‘messy celestial, soft-hearted, cynical’.

All words by Susan Sloan. Find her on Instagram as @thesmureviews and view Susan’s website here. More of her work for Louder Than War is available on her archive.