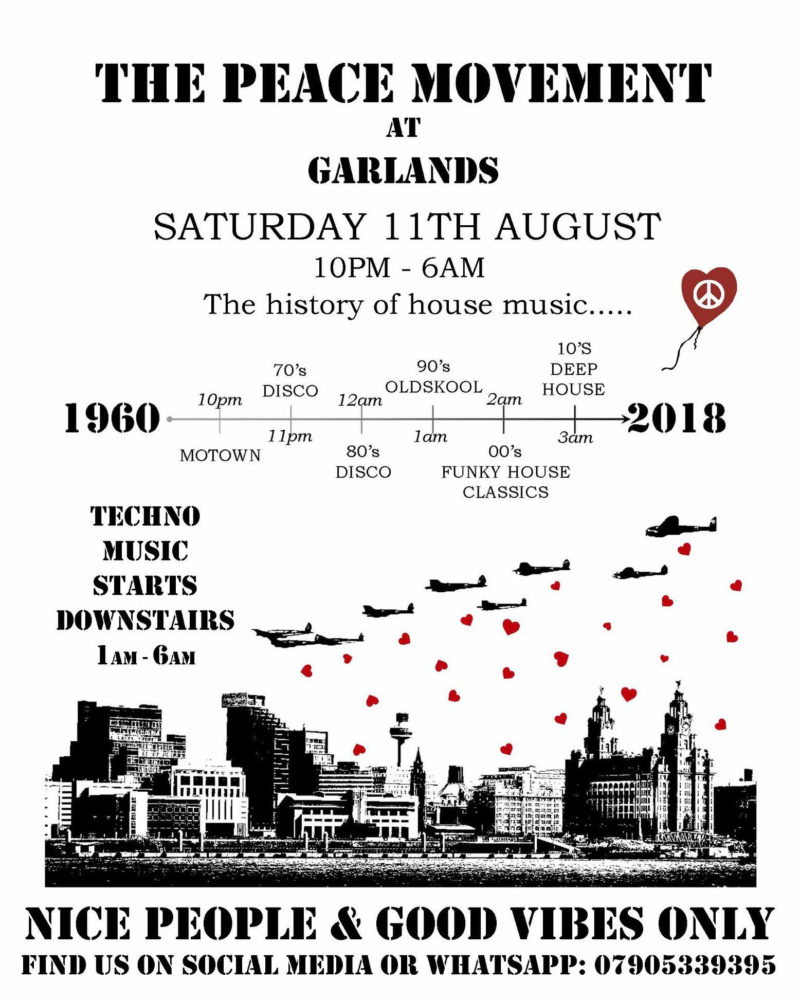 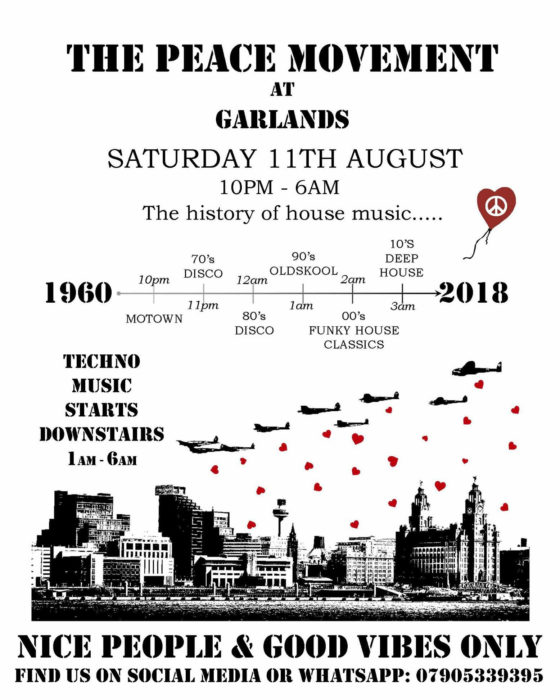 Peace, love, good vibes and all different kinds of music. We are for the lovely People. Join us!

The Peace Movement has recently celebrated its first birthday. The collective is the brainchild of DJ and club promoter Barry Walker. Joining forces with fashion brand Sine Missione they’ve made a name for themselves with their secret warehouse parties across Liverpool and collectively they bring like minded people together. The self-proclaimed ‘Peace Soldiers’ mantra is to ‘Overthrow Liverpool, forcing good vibes on all’ says creator Barry. And, so far, so good as Garlands welcomes The Peace Movement with open arms and looks forward to sharing the love on Saturday 11th August.

Expect your night out to become your own live show, with off the wall performances, 2 floors of madness from 10pm till 6am, hippy market stalls, face painters, tarot card readers, psychics and some weird and wonderful surprises along the way. With props, quotes, signs and messages all over the club to plant seeds of loveliness into your minds. 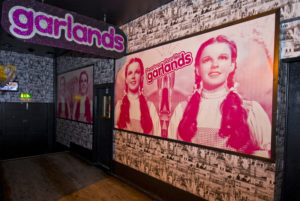 Come and join us and dance the night away with good people and good vibes to a musical timeline going from 1960s Motown to current day deep house. Finishing off the last few hours in ‘Underground’ the club underneath Garlands.

One of the highlights is the Sine Missione fashion show launch. The fashion label has become a familiar sight to the people of Liverpool with their street art/graffiti popping up across the city with culturally historical figures and quotes that has drawn comparisons to Banksy.

Everyone is joining the movement, join us now!
Our party needs you!
Good vibes only. Leave your troubles at home. It’s all about your vibe.

The techno party will be starting downstairs from 1am. 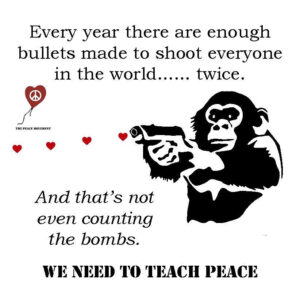