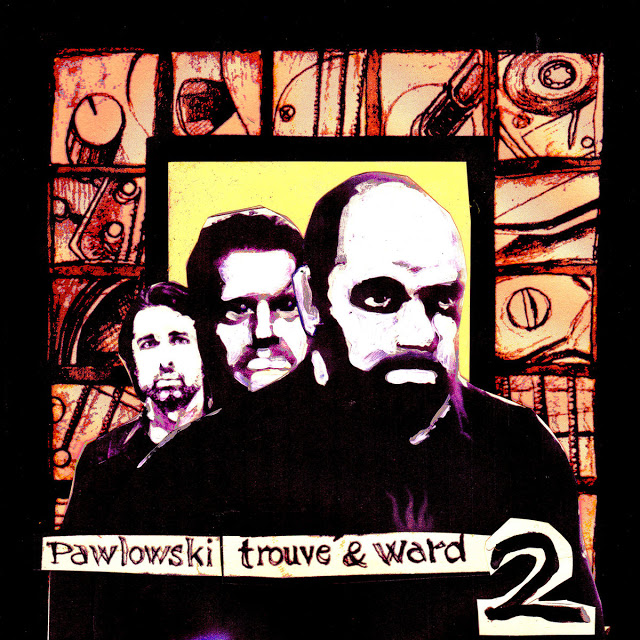 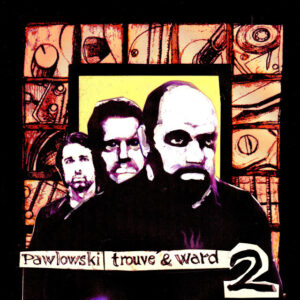 The word ‘eclectic’ was probably made for album like this. Three musicians, each with very varied styles, contribute one section each to an album which isn’t always easy on the ear but does go where many others fail to reach.

The trio have one common bond in that they have all played with Belgium’s most famous musical act, dEUS, interestingly all at different periods during the bands lifetime with Mauro Pawlowski still playing an integral part. Perhaps equally fascinating, if not more so, is that the members have all played together at the same time with Kiss My Jazz, iH8 Camera and The Love Substitutes.

Merging three artists with very different agendas into one album could be nigh on impossible so the decision to allow each one to contribute one third each seems a simple solution. Taken as a three chaptered project, it works as three minds are allowed to work independently without compromise.

Hailing from Scotland and the sole non-Belgian, Craig Ward submits just four tracks to start the album. His style is one of ambience and electro-gaze and its wonderful stuff. Never moving beyond pure calm each piece is structured and clinically wholesome with interesting effects that move in and out of a subtle soundscape. In The Wet Maze is particularly hypnotic with a single tone that carries several addition sounds throughout, and Island To Any Island projects a feeling of journeying a boat over freezing waters through snow caves and to icebergs. The tracks often appear to glisten and echo with sharp attention to detail, and are often quite beautiful.

From one extreme to the other the contribution from Mauro Pawlowski is said to be a ‘failed and lost 80s blockbuster movie soundtrack’ and it’s easy to see where that statement comes from as first track Attention: Music is dark and expansive with seemingly random soundbytes over a deep bass backing. Four parts to Quiz Master Ghost Animal are interspersed through the eleven Pawlowski tracks and contain what sounds like either a seal or dog barking at (ir)regular intervals. It’s mad to say the least and maybe sounds like a B-rated game show rather than a movie accompaniment. Much of the pieces are short incidental affairs with In Ancient Times and It’s Gone being the cream of the crop with the lead up to In Starlight a frankly awful MOR pop-rock track akin to the likes of Heart, Chicago, Survivor and all those other groups many of us would like to forget.

Rudy Trouve brings an experimental pop flavour to proceedings with tracks with wonderful names such as My Nerves Are Stretched So Far They Have Become Like Violin Strings, a short violin accompanied dictation creating an acute anxiousness like a psychiatrist patient extoling his woes. Torch hides a catchy tune under a chaotic backdrop of screeching and heavy guitars riffs, and Open The Window On 16th June 2013 is easy on the ear and simply projects the album title into view. The highlight of Trouve’s work comes in Thin Can, a gorgeous modern-day music box with serene vocals and gentle guitar strums which is surprisingly addictive and memorable.

Volume 2 isn’t mainstream, but then, who really wants that nowadays? It is in reality a brave attempt to ‘please everybody’ and for the most part will do. Interesting and almost indispensable.