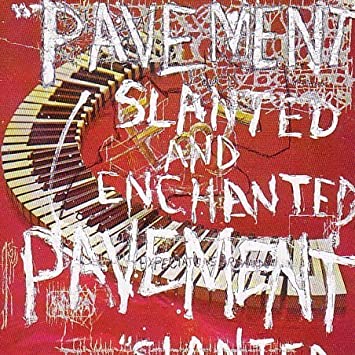 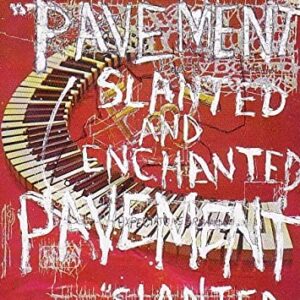 30 years after the release of Pavement’s debut album Slanted And Enchanted, Amy Britton looks again at the album and what a key part of a pop culture movement it was.

In March 1991, just over a year before the release of Pavement’s debut album Slanted And Enchanted, a novel was published which would define that generation so much that its title would become the name that would be used to identify them. Douglas Coupland’s debut novel Generation X follows a group of young people – largely from the suburban California that colours Slanted And Enchanted – and their postmodern musings on their own lives. The characters are unconcerned with the things which had seemed hugely important in the preceding eighties yuppie culture – money, status, social climbing – and had it been set in a previous generation, their slightly drifting nature would have been presented with far more negativity. But instead – with yuppiedom featuring on background characters only – it was a clear break into a new culture.

If a new generation and movement are to be culturally born, then the right soundtrack is always a necessity. Born of the California suburb town of Stockton, Pavement seemed to fit the bill completely – less weighed down the pessimism of grunge et al but infused with wry wit. Slanted and Enchanted opens with Summer Babe, a song which seems to have modelled itself on the principle of making everything sound that twenty per cent easier than it is – ultra proficient and technical guitar work melts casually against Stephen Malkmus fantastically careless sounding vocal (which actually throws in one of the most impressive held notes on any indie record.)

It’s not all mellow sunshine – we are introduced to a clatter of shouting and riotous pace early on with No Life Singed Her, which also tackles the nature and expiration of life with existential fashion. The Generation X “slacker culture” often has plenty of room for the deeply philosophical, erasing the banality of the rat race leaving room for deeper thought.

We get the same blend of observant wit and yelled-out abandon with Conduit For Sale, whereas the likes of Here and closer Our Singer take things at a steadier pace. But the patterns are consistent throughout – lo-fi melodies twinned with non-sequitur peppered lyrics. Whether a product of its environment and generation or not, it has stood the test of three decades incredibly well and sounds as fresh as ever.

The post-yuppie culture movement of the early nineties would continue in all fields.  Coupland’s second novel Shampoo Planet would continue in the same vein as Generation X, and, in 1994, it would come to be defined cinematically with the Kevin Smith film Clerks. These things are undeniably a product of their time and environment, a rebellion against the work orientated culture that had preceded but in the long run done few favours for anybody in wider society.

A revival certainly seems underway, and, while it could be coincidence, or simply part of the wider nineties nostalgia, perhaps there is more to it. Social media has seen productivity culture operate in a new way – a global pandemic merely opened up a sense of competition of how much people could achieve and flaunt in lockdown. Thirty years on, the whole feel of Slanted and Enchanted ensures it remains the perfect soundtrack for those wanting to rebel against this.