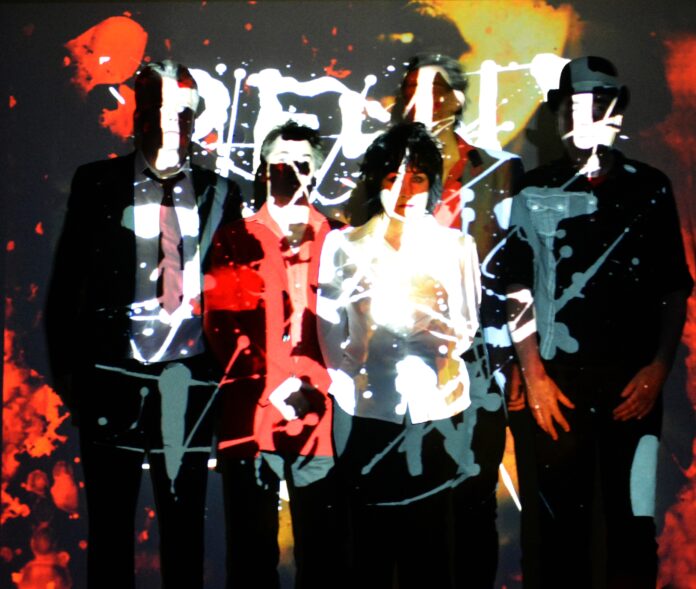 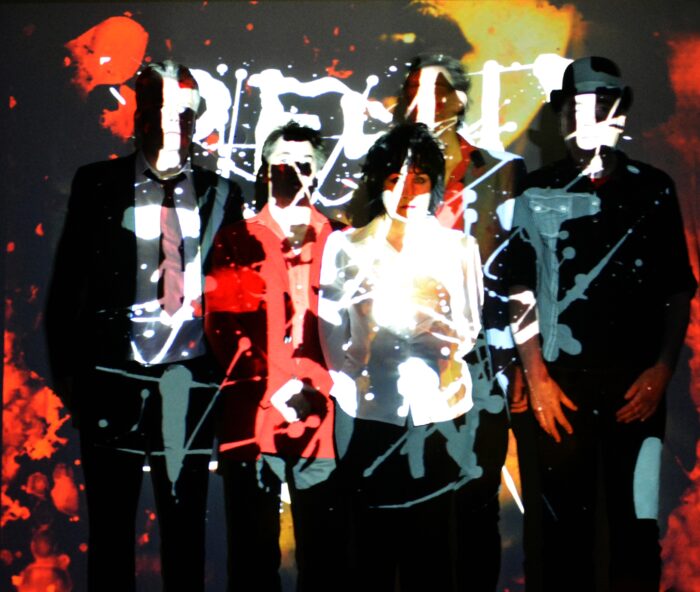 “I want to speak to you not through the wearisome Machine.” – E.M. Forster’s ‘The Machine Stops’ and now Pauline Murray & Penetration

Penetration are set to release their third album Resolution on Polestar Records on October 9th, 36 years on from their last LP. One of the surprises on it is that the final track features ‘words” by EM Forster from the short story The Machine Stops (1909). Intrigued, Ged Babey talks to Pauline Murray to find out more.

Pauline Murray and Penetration need no introduction to readers of Louder Than War. From Pistols-fan to singer with The Invisible Girls to owner of Polestar studios in Newcastle you must know the story. The latest chapter is a fantastic, brand new Penetration album to be released in October. My full review will follow soon but initially I became obsessed by one ‘song’ which closes the album so had to talk to Pauline about it.

“You talk as if a god had made the Machine…”

The case could be made for The Machine Stops being the greatest of science-fictions lost myths of the (near) future. Quite how well-known or how ‘lost’ it is I am not sure.

As a child-fan of TV Sci-Fi (Dr Who, UFO, Space 1999) and pre-teen reader of The Time Machine, 1984, Asimov and Ray Bradbury prior to punk becoming my teenage obsession, I am surprised I’ve never read it. Or if I did, it obviously didn’t stick in my young mind.

It is E.M. Forster’s only science-fiction story and a chilling masterpiece about the role of technology in our lives. Written in 1909, it predicts a world very like today, complete with his imagined versions of the Internet, Skype and technologically aided mass communication.

Instead of a screen, the visual device is referred to as ‘a plate’. It takes ‘fully fifteen seconds’ to boot-up and is the alternative to ‘pneumatic post’.  With its electric bells, knobs and switches it creates a very Steam-Punk type image of the future.

In 1977 Pauline Murray wrote a song called ‘Duty-Free Technology’ after reading the story. In 2015 she reads the opening passages of the story over the instrumental which closes the band’s new album ‘Resolution’.

It makes for a stunning conclusion to a great album, both musically and lyrically. Like the Velvet Underground’s ‘the Gift’ it’s not sung, it’s simply read audio-book style, yet fits seamlessly with the dramatic undulations of the music.

“Imagine, if you can, a small room, hexagonal in shape, like the cell of a bee. It is lighted neither by window nor by lamp, yet it is filled with a soft radiance. There are no apertures for ventilation, yet the air is fresh. There are no musical instruments, and yet, at the moment that my meditation opens, this room is throbbing with melodious sounds. An armchair is in the centre, by its side a reading-desk – that is all the furniture. And in the armchair there sits a swaddled lump of flesh – a woman, about five feet high, with a face as white as a fungus. It is to her that the little room belongs.”

I asked Pauline about the story.

“I first read The Machine Stops when I was about 16 or 17 years old. It was in a book of E.M Forster’s Collected Short Stories. It was very different to his other work which I wasn’t really drawn towards. The story had a powerful impact on me – the descriptive language and vision of a future where people lived in isolation in underground cells, where every aspect of their lives depended on the Machine. The story was so visual that I imagined it as a film. In the song ‘Duty Free Technology’ I referenced the story with the lines ” the machine will stop, the buttons will lock, the water turns putrid in the air of the hatred, cell societies, alien depravities.

“This was one of our very first songs recorded as a demo in early 1977 and didn’t make it beyond that.”

(Demo and live versions were later released, of course.)

Were you always into sci-fi? Had you read stuff like HG Wells’ The Time Machine, The Invisible Man…?

“I’m not a big science fiction fan in literature generally, but like stories relating to changed environments like J.G.Ballard The Crystal World, The Drowned World. I love the old sci- fi movies like Silent Running and TV programmes that I grew up with. I’m sure I would have read The Time Machine in my teens but have never had the urge to re-visit , whereas The Machine Stops must have had an impact. I’ve recently discovered a book by Russian author Yevgeny Zamyatin called We which predates George Orwell’s 1984 by 27 years!”

How did you come to use The Machines Stops on the last track on Resolution?

“The album has been subconsciously cyclic. We wanted to start and end the album with an instrumental. In a relaxing moment, we just started playing in the live room, I was originally playing bass, just messing about and the piece that became ‘Outromistra’ emerged. It sounded really weird and we didn’t know that it was to become anything.

“All the album was mixed and this was the last track. I suddenly got the story of The Machine Stops into my head. We accessed it on the internet and I read it through in one take with the track and it seemed to fit perfectly! It was obviously meant to be. What amazes me about the story is the description of modern day devices and the insight into social dynamics by someone who wrote it in 1909. Spooky!”

The main characters in the story are mother and son. Is there a subconscious parallel to be drawn from the story about how we communicate with our kids, over-reliance on technology rather than face-to-face contact and is it our generation who are more obsessed by tech than them?

“When my son heard the finished album, he thought I had written the words and that it was about him and the fact that I had recently visited Australia.

“Our children have grown up with Nintendo, XBoxes, computers, mobile phones and take it as for granted as we do with electricity. It has become our means of communication, information and entertainment while manual skills have deteriorated. It’s a bigger deal for the older generation whose technological skills had to be learnt and to some people, it doesn’t come naturally!”

Are you talking about yourself specifically? Don’t you do everything online: shopping, banking?

“I am useless with technology, still go to the supermarket and visit the bank, in person.”

I love this line in the story… “She knew several thousand people, in certain directions human intercourse had advanced enormously*. She’d have 1000’s of friends on Facebook who she could lecture on “Music During the Australian Period.”  Isn’t the internet a good-thing really, drawing like-minded people together in (Silent) Communities?

“The internet is great for information. Everything is out there and ideas can be exchanged. It links people together and can form public opinions .Our new album would not have been possible without social media and people are brought together on a wider scale. It has almost become the only means of communication. How would we let people know about something in the real world without the internet now? The downside is that it is highly addictive, time-consuming, passive entertainment and psychologically invasive.”

It (‘Outromistra’ / The Machine Stops) works so well that maybe you should set the rest of the story to music and release it as an album?

“It  was so totally uncontrived, just an inspired idea, almost a happy accident. We haven’t considered reading/ recording the whole story, but hopefully it may encourage people to seek it out and read it for themselves.”

Which is exactly what I did.  It is a brilliant read. The radio adaptations and versions on YouTube are, without exception, awful. Don’t even bother with them as Penetrations adaptation, albeit of just the beginning of the story, is perfect.  A stunning finale to one of the best post-reformation punk-era band albums you will hear.

Penetration have the following gigs lined up too…

All words By Ged Babey. More writing by Ged on Louder Than War can be found at his author’s archive.