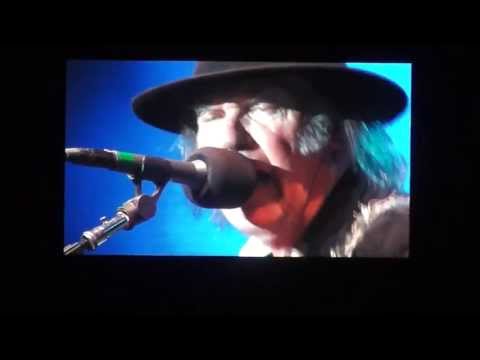 By 1979, when this album was released, Neil Young already had a massive back catalogue behind him with classic songs such as The Loner, Cinnamon Girl, Southern Man, Heart of Gold, Old Man, The Needle and the Damage Done, Tonight’s the Night, Like a Hurricane to name but a few.

Rust Never Sleeps was a live recording and you can hear the audience at times. The first half is acoustic and gets heavier as the album progresses with Neil Youngs distinctive guitar and whining vocals. Lyrically, it evokes the old America with the invasion of “progress” appearing on the horizon with tracks like Thrasher and Powderfinger. It starts with a gentle acoustic Hey Hey My My (Out of the Blue ) and ends with the same track but much heavier ( Into the Black).