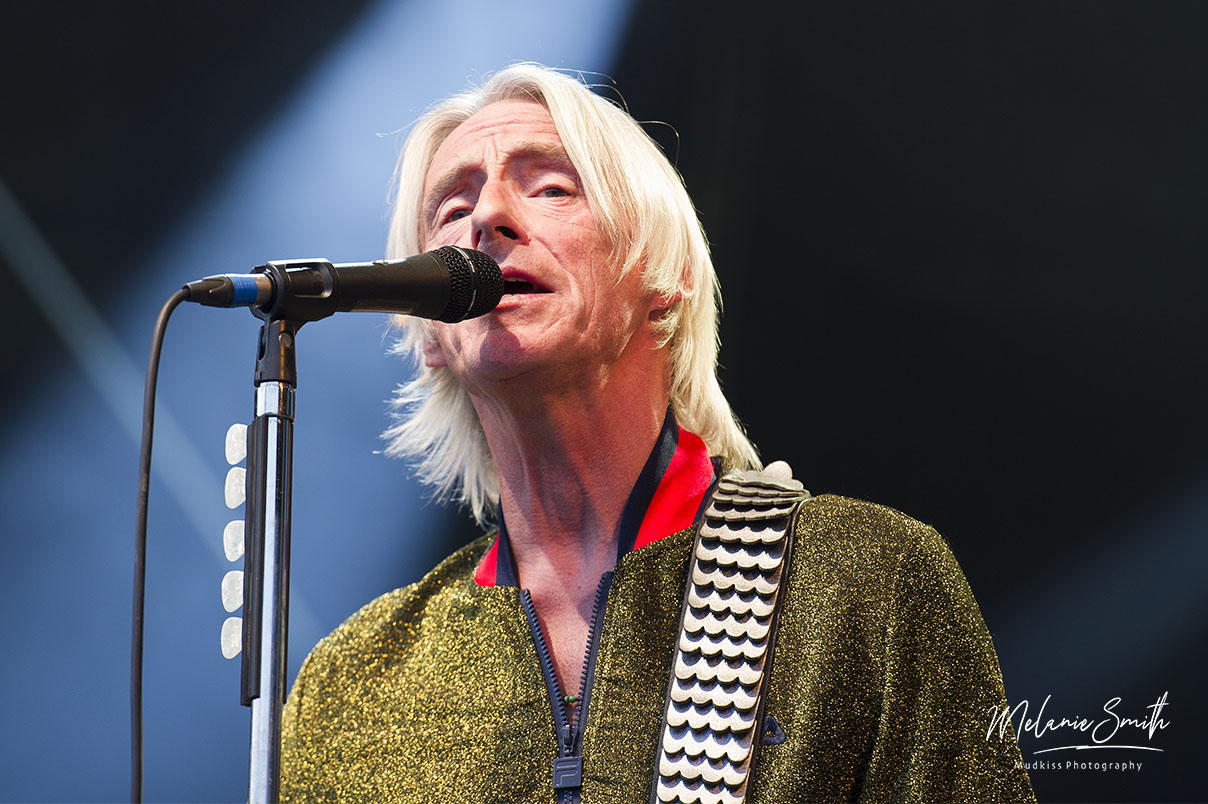 When Robin Hood camped out in Sherwood Forest to rob the rich to feed the poor little did he know years later Paul Weller would go on to entertain with a band of merry men in his own backyard on a barmy hot night in 2019. Matt Mead reviews the nights proceedings for Louder Than War.

Paul has been on a profound golden streak of late. Album releases Other Aspects, True Meanings, A Kind Revolution and Saturns Pattern are comfortably part of Paul’s greatest pieces of work. In recent years his songwriting has become more experiential, ever evolving, forever changing, always looking for that perfect ingredient that will grant him his own Odyssey and Oracle. Additionally his live set is assured as ever, as recent accounts have attested. 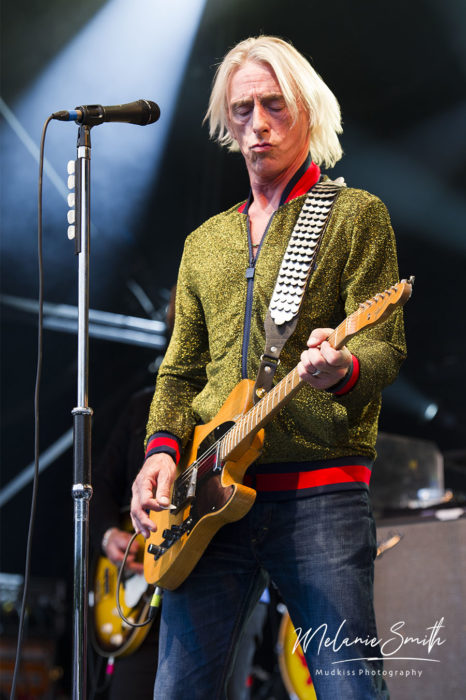 Tonight kicks off with I’m Where I Should Be, Weller confidently moves about the stage, nodding approval to fans in the crowd. The Changingman is at one within his circle of admirers but with a significant sprinkling of magic dust in those white Levi jeans and monkey boots. The rest of the band play as tight as one of Maid Marian’s corsets, authentic and rigorous, capable of staying rigid for 2 or so hours on stage.

Long term accomplice Steve Cradock plays exquisite guitar solos that graciously intertwine throughout the set. The rest of the band include The Moons bassist/backing vocalist Andy Crofts and percussionist Ben Gordelier, former The Stands member Steve Pilgrim is on drums/guitar/backing vocals and finally former From The Jam sidekick Tom Van Heel twinkles all the ivories. Mix all these ingredients together and the concoction is a lethal dose of top draw melody medicine to cure any diseased music devotee.

A non-stop pace doesn’t wane on stage with songs from every era of the Woking wonders untouchable back catalogue highlighted throughout. Yes, we get the classics – You Do Something To Me, Start!, My Ever Changing Moods also late 90s upbeat singles Brushed and Mermaids get a rare run out in the line-up as does stellar album track (Can You Heal Us) Holy Man taken from early 90s standout long player Wild Wood. With music this good you don’t want the night to end. 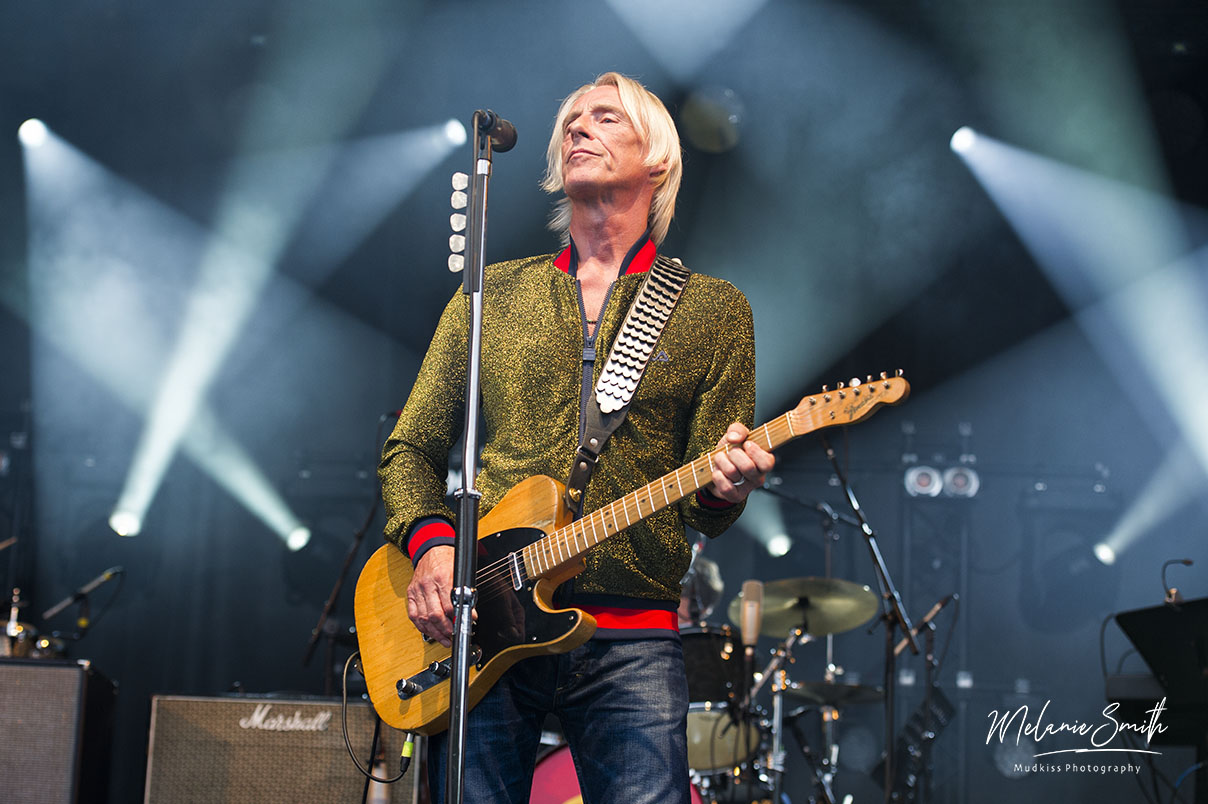 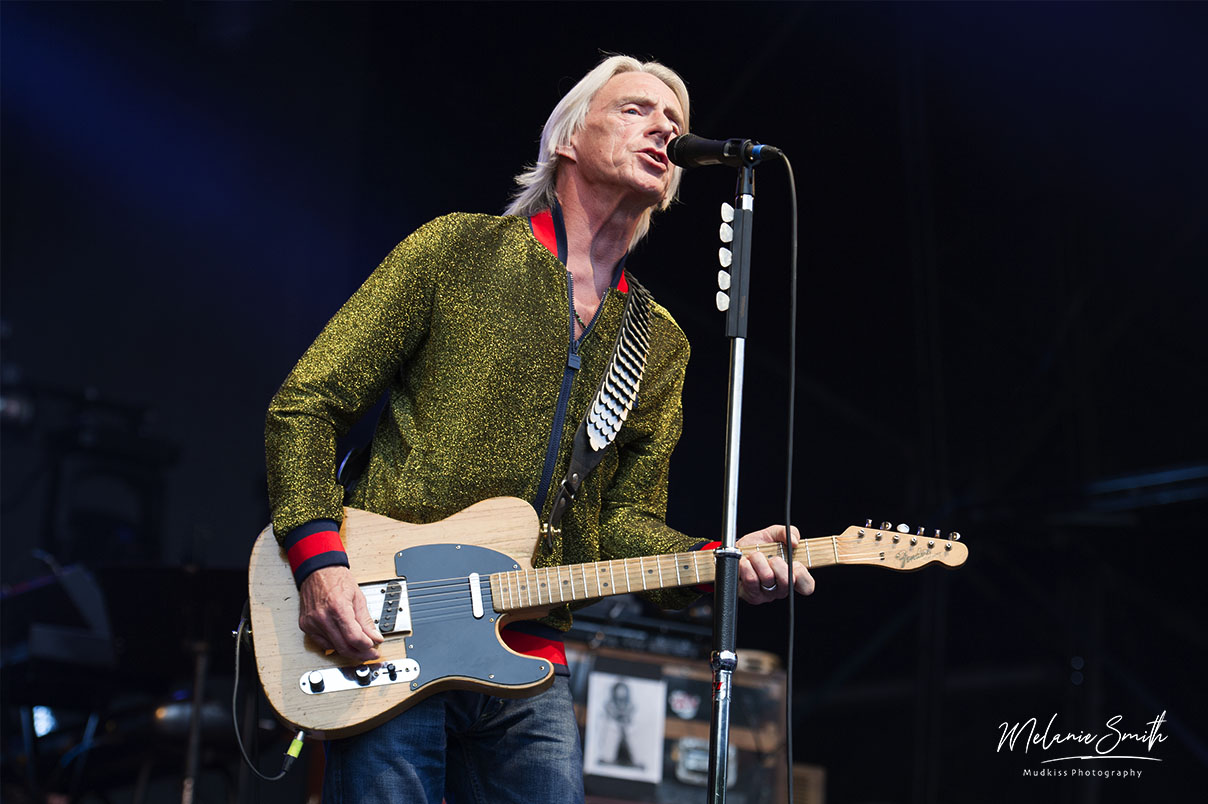 The delicate appeal of Broken Stones makes an appearance in the encore plus a rare outing of The Jam’s funk, soul explosion Precious mixed with a cover of Curtis Mayfield’s Move On Up. The latter has featured in Paul’s sets throughout his exalted career, tonight’s version has a gentle rare groove vibe. In a similar vein, Precious is played at a slightly less frenetic march than the 80s version, nonetheless, some serious wah-wah guitar duelling between Weller and Cradock is complimented by a 3 piece horn section pinched directly from enthusiastic support band Stone Foundation.

There’s just enough time for everyone to get their breath back for the show-stopping finale of A Town Called Malice, a chance for the masses in the woods to join in song for one last time, the trees surrounding the stage have been firmly shaken to their roots. Paul delivers a set like no other artist around. No nonsense, no gimmicks, this is his territory and he will do as he pleases until the fat lady sings. An impressive night under the stars from one of the UK’s all-time great singer/songwriters.

Please note: Use of these images in any form is illegal (They are subject to a Forest Live contract). If you wish to contact the photographer please email: mel@mudkissphotography.co.uk

Photos (from Delamere Forest) by Melanie Smith. More work by Mel on Louder Than War can be found at her author’s archive. You can find her on Facebook and Twitter. Photography portfolio can be found here