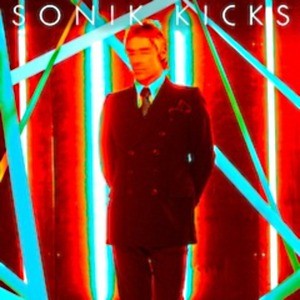 Paul Weller released one of his best solo albums this year with Sonik Kicks, he’s now out on the road still moving forward in true Mod style and confounding some of those who expect trad mod as Fergal Kinney explains…

“The worst advertisement for socialism”, George Orwell once explained, “is its adherents” – the same can be said with infinite accuracy of the mod tribe. The disparity between this most artful, eclectic and disciplined aesthetic and the narrow-sighted conservatism of its ardent proponents was as stark as it was dispiriting tonight at the Preston Guild Hall. Still white hot from a trio of his most critically revered records in decades, tonight was Paul Weller at his very best in front of an audience with too many lagging behind to fully engage. A thundering ‘Wake Up the Nation’ proclaimed Weller’s arrival onstage, a polemic against the trappings of modern life far better than its title could possibly suggest – though he may be in blissful ignorance that the popular social networking site is not actually commonly referred to as ‘the Facebook’. The opening songs of tonight’s two-hour set are not so much performed as raced through; when a brief pause arrives in the form of a guitar change Weller jogs on the spot for the duration before striking his best Wilko Johnson impression since ‘In the City’ in 2005 single ‘From the Floorboards Up’.

With the back catalogues of the Jam and the Style Council represented by a scant yet well judged three tracks – including a shimmering and exuberant ‘My Ever Changing Moods’ – much more than usual is drawn from his early solo outings. Where ‘Bull Rush’ once found Weller tentatively re-awakening his fire (and skill) in the face of self-doubt, tonight it’s never seemed more defiant following his latest creative regeneration. Pastoral yet also strident, the Neil Young via Small Faces stomp of ‘Sunflower’ and the surprisingly groove-focused ‘Above the Clouds’ do much to stir even the most disenchanted of the mod-life-crisis brigade peppering the audience. The more experimental and Krautrock-flavoured offerings from ‘Sonik Kicks’ are met with occasional groans and a patter of carping from the beerier contingents in the room, but the understated romance pulsating through the best of Weller’s work is thankfully appreciated by the majority tonight. At the hands of a band able to make incarnate Weller’s seemingly endless lust for all kinds of music, an extended ‘Porcelain Gods’ from ‘Stanley Road’ swells from soulful ballad to swampy psychedelia seamlessly. A recent shelving of cigarettes and alcohol has returned a gust of power to Weller vocally; whilst his sun-dried Rod Stewart look of recent past has been sharpened back to a figure as whippet-lean as thirty years ago, though the precise mod crop is now radiant silver and nestling the back of his collar.

If the apparent apathy from some quarters of the Guild Hall hasn’t so far been obscured by the enthusiasm and appreciation of the audience on the whole, the room is certainly in Weller’s hands by the (second) encore of ‘Town Called Malice’ – a Ken Loach film set to Tamla Motown and perhaps more resonant once again than at any time since its release. The safe money in 1977 would not have been on the young Woking mod-fetishist to burn brighter and longer than his fellow punk peers, but as Paul Weller pushes closer to a fourth decade in music he stands as a heavyweight in the British canon as a result of meticulous craft and ruthless vision. Tonight’s set gives no obvious hints towards his next move – unusually no new songs are aired and a unifying theme from his set choices is hazy – but in a time when solid back catalogues are hard currency on the reunion circuit, Weller shows no signs of relenting to anything other than his forward-facing creativity and refusal to validate the groans of the jaded and the nostalgic.