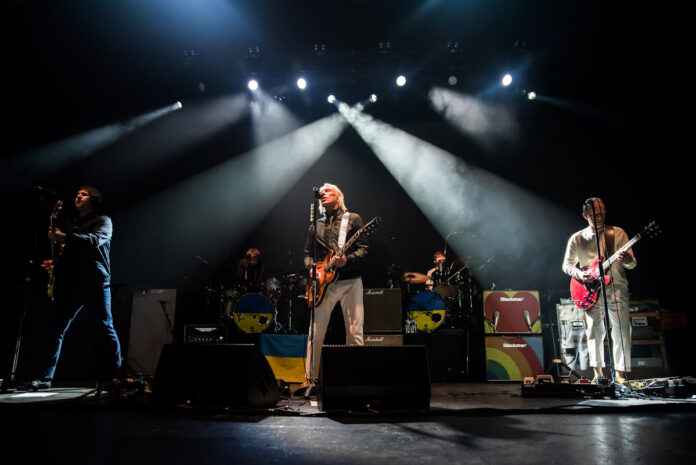 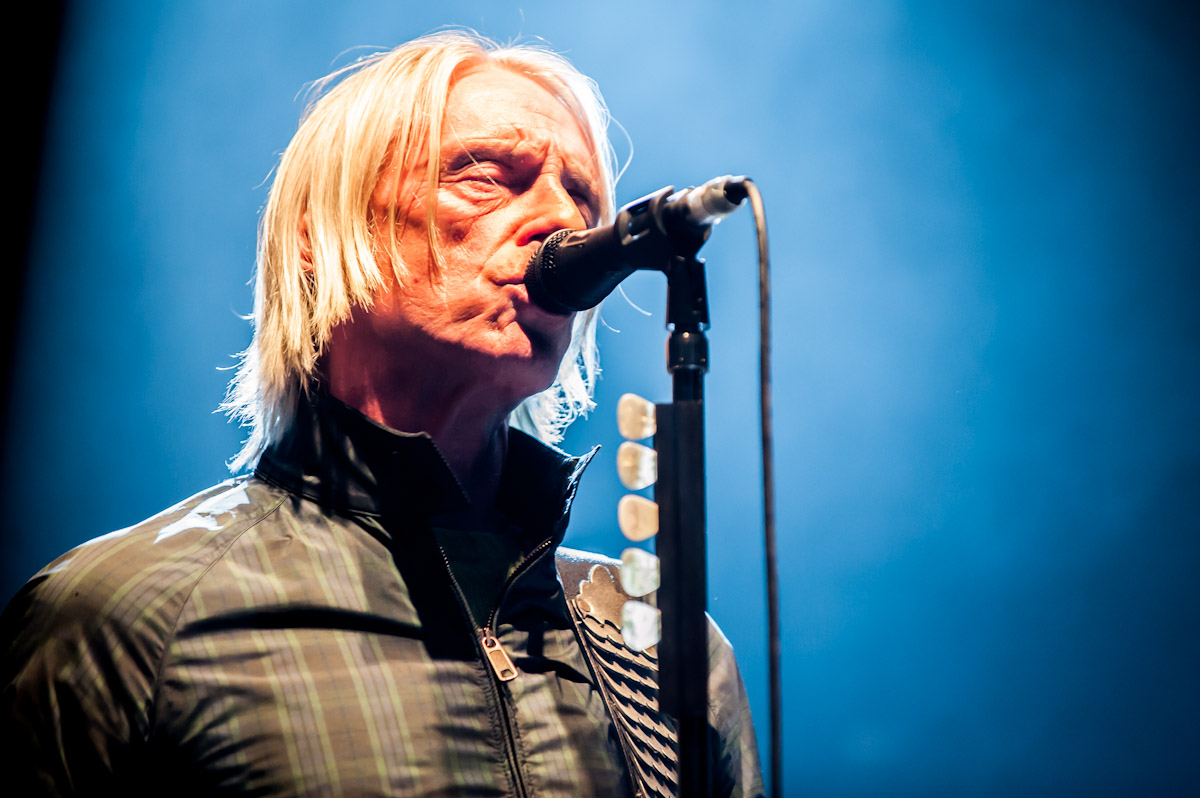 After being rescheduled twice following an 18-month long wait, Paul Weller finally took to the stage at the O2 Apollo with Louder Than War photographer (and fanboy) Michael Bond was there to capture a much anticipated and triumphant return to Manchester.

Walking out to Tomorrow Never Knows by the Beatles, Paul and his five-piece band break straight into White Sky from his 2015 album Saturns Pattern. This sets the scene perfectly as he thanks the sell-out crowd for “hanging onto your tickets” and assured everyone “We have a lot of songs to play” as the night unfolds into a 2 hour, 28 song set spanning a 50-year career comprehensively covering the 3 chapters of a modern day legend. From The Jam (1977-1982) to The Style Council (1983-1989) and Paul as a solo artist for the last 30+ years. 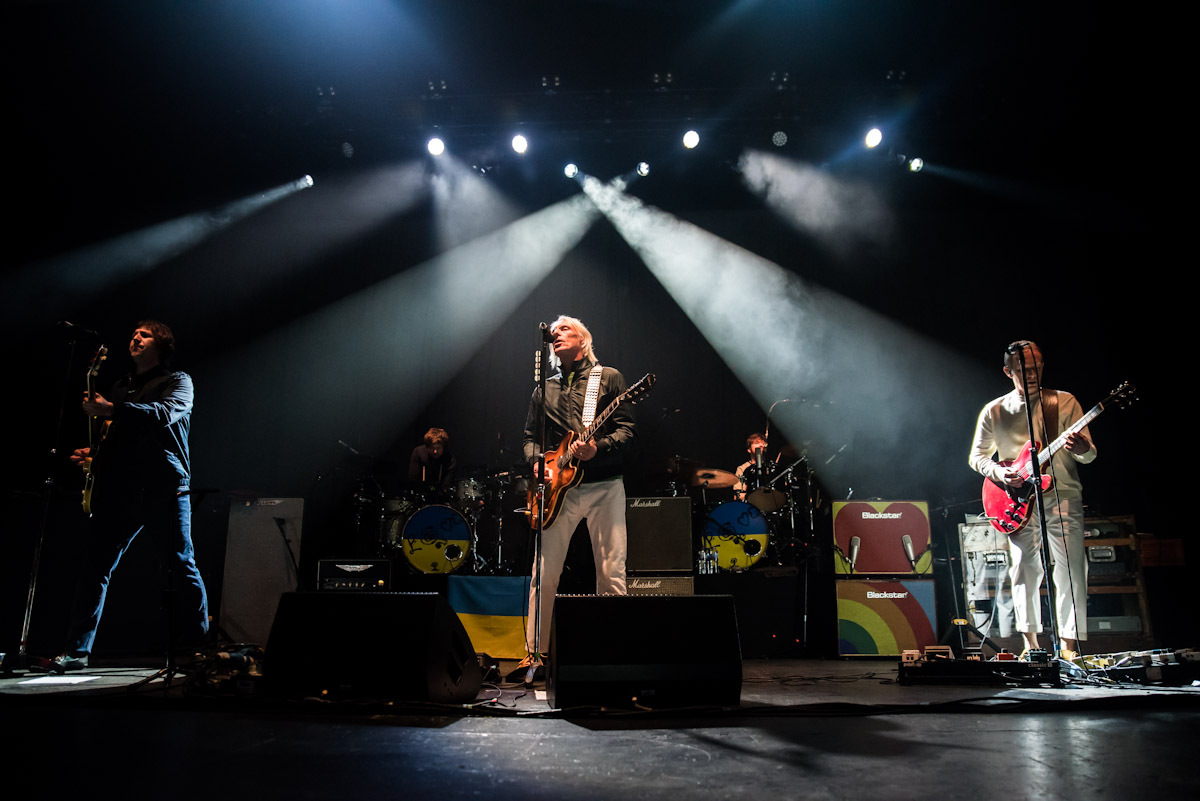 Paul has always been seen as an innovator, continuously moving forward musically and this is clear to see with his relentless apatite to produce. Now technically touring 2 new albums, On Sunset which was the reason for the original 2020 tour and the now newer new album Fat Pop Vol 1. It is also clear to see from tonight’s show that some of the classic Weller songs have been reimagined, such as The Style Councils Its a Very Deep Sea, utilising Ben Gordelier as second drummer and procession adding additional layers to the newer songs. This in part echo’s Wellers recent collaboration with Jules Buckley and the BBC Symphony Orchestra which saw a handpicked selection of songs re-orchestrated by Buckley and performed as a live stream at the Barbican. 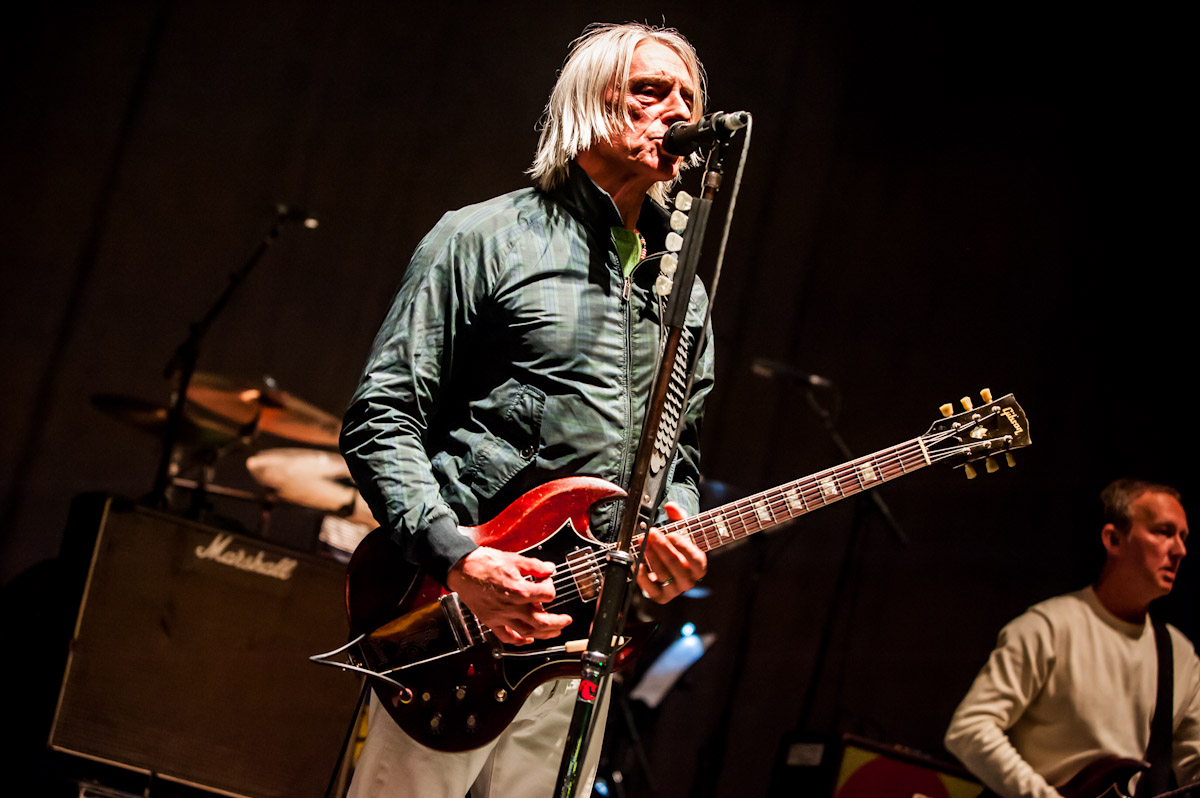 As a Weller fan, the night had a good mix of both old and new songs evenly scattered through the entire set with Weller and Steve Cradock effortlessly switching between lead and rhythm guitar duties as Paul moves from electric to acoustic guitar and piano. As you would expect, the main highlights came towards the end of the show with two encores comprising of mid 90’s album Stanley Road classics Broken Stones, You Do Something to Me and Changing Man along with two all-time classics in That’s Entertainment and Town Called Malice.

Having the opportunity to hear these songs live feels like a real privilege, a sentiment which was echoed across the packed venue and Weller’s vocals were on point, as always.