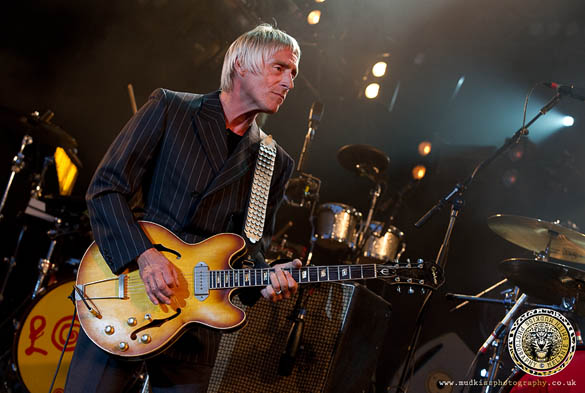 Delamere Forest is a pretty spectacular location for a gig. But unfortunately the outdoors brings with it its own burdens, and we had to endure rain for the support acts – The Merrylees (see an interview with them here) and The Rails. I hadn’t heard of either gang before the gig, and The Merrylees in particular impressed with a tight sounding, psychedelic sound which really helped to amp up the tension before Weller. 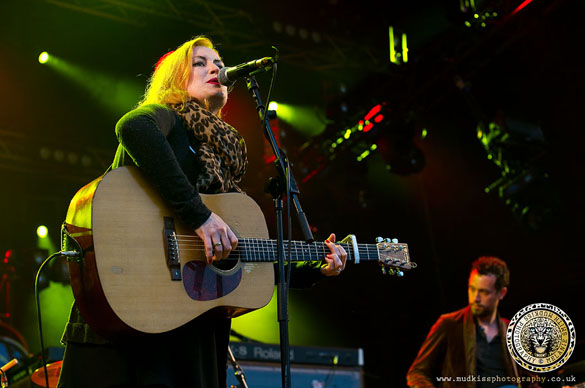 The Rails (see photo right) were up next, a band who seem to be incredibly out of place and time – but in a good way. They brought an admittedly unique, almost Irish Country sound to the forest, complimented by green atmospheric lighting and some beautiful harmonies from the two lead singers. The crowd, which I have to say was an incredibly mixed bag, loved it, with many singing along to The Rails’ catchy lyrics of ‘lads’ and ‘borstals’.

Everything ran precisely to time and we didn’t have long to wait (in the rain) before the Modfather himself graced us with his presence. Much of the crowd were supporting Weller-esque haircuts and Mod-style clothes, and it was hard not to be caught up in the sheer adoration that they had for this legend. And he didn’t disappoint.

By this time the rain had stopped and the crowd were in excellent spirits. Weller had them in the palm of his hand, kicking things off with ‘Sunflower’, from 1993s Wild Wood album. From there, it was hard for him to step a foot wrong to be honest. Now I have to admit, I didn’t actually know all that much of Paul Weller’s material. But the fact that I enjoyed this gig so much is testament to the fact that Weller’s music is handcrafted for the stage. 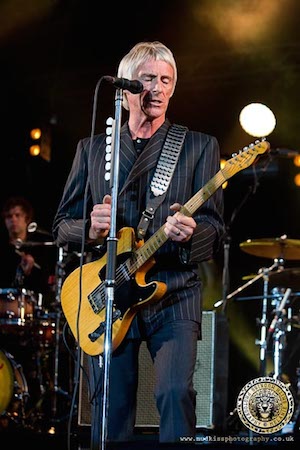 The lighting was simple yet effective – bathed in white light with the occasional flashes of strobes. There were no fireworks or guests, it was just unadulterated musical fun. His interactions with the audience were minimal, with just an occasional thank you or mention of the weather, but this only served to allow him to play a storming two hour set.

He flittered between guitars and piano. Accompanying him was former Ocean Colour Scene guitarist Steve Craddock, a percussionist, a drummer and a bassist. The sound they created was unsurprisingly huge, and even Weller’s slower numbers, such as Sea Spray and Dragonfly, sounded grand and impressive. Surprisingly, one of Weller’s most popular songs was omitted (You Do Something To Me), but in all honesty it didn’t matter – Weller could have played anything and the crowd would have been enraptured.

And really, he had every right to show off his solo material. Friday Street and Peacock Suit were loud and boisterous and there wasn’t a moment in the two hour set where I felt bored, and I happily clapped along any time I had the chance. Encore song The Changingman (a personal favourite) probably got one of the biggest reactions of the set, and approaching 60, I can definitely attest to the fact that Weller has still got it.

His songs from previous bands were minimal, with just one Style Council song (My Ever Changing Moods), but definitely got the crowd moving. The highlight of the night has to be the inclusion of two of the most beloved Jam songs though – Start! which was a storming end to his main set, and (after no less than three encores) the show closer Town Called Malice, which obviously had the entire crowd in uproar, singing along every word. Truth be told, this was a song that I never thought I’d be able to hear. I might have felt a little out of the place in the crowd, but I can safely say that after his 20+ song set, Mr. Weller has a new Mod convert.

All words by James Lowther (with help from John Barber). More writing by James on Louder Than War can be found at his author’s archive.