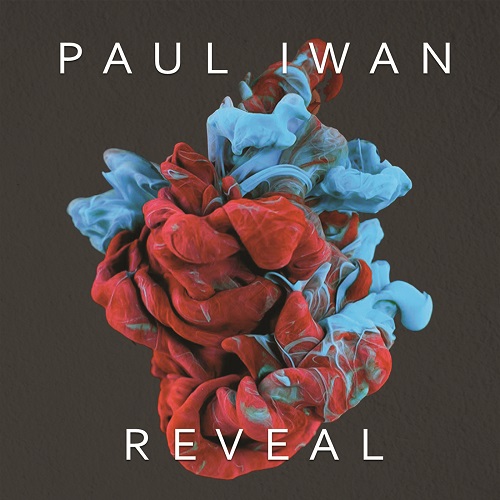 Liverpool is well known for producing a decent band or two. It’s a city where competition is fierce and where breaking  out requires both luck and a modicum of talent. Multi-instrumentalist singer songwriter Paul Iwan throws his hat into the ring.

You can trace Paul Iwan’s musical awakening to the life changing, lightbulb moment of listening to The Manics’ ‘This Is My Truth Tell Me Yours’ – a more than prophetic title indeed.  His bio tells us  he’s been playing in bands since he was 14 years old, toured the UK with various bands over the years and played international festivals in Germany, France and USA. In 2008 he was mentored and championed by Ray Davies (The Kinks FYI) and continues to collaborate with other artists and friends across the UK. Quite an impressive opening gambit, yet remaining firmly planted in the underground.

‘Reveal’ – self produced and self released, with all songs written, performed and produced by Paul Iwan – is a real solo effort. Early Simple Minds and some of the pioneering Peter Gabriel  work of the same period gives an indication to the inspiration, with  nods to varied and contrasting influences in a  collection of songs exploring honesty, regret and rebirth.  Introducing himself with ‘I Come Alive’, its  intro bleep sounding like it’s straight off Pink Floyd’s ‘Echoes’ before the indie bounce and dreamy pop kicks in. The single ‘Dream Stealing’, written and recorded in a day, lyrically questions the ‘live to work’ society and has a strong feel of the Jon Anderson & Vangelis ‘State Of Independence’ in its melody and strong electronic sequencing.  At the other end of the spectrum, he turns to solo on piano for ‘My Scars’ before an interesting diversion with an  extended  brooding   instrumental coda straight from the post rock stable. A sign of things to come.

While ‘The Sun In January’ gives a glimpse of a clutch of real Summery tunes the more experimental side is never far away. The slow building and ominous instrumental ‘Something Came In With The Storm’ works towards a dramatic and thrilling conclusion. A piece of music which you wouldn’t think was on the same album as some of the other songs, it precedes   album closer ‘Reborn’ in a late  progressive wave totally removed from the atmosphere set up at the start of the album. It’s that journey full of twists and turns which is most interesting and most striking.  Here’s a thought – back in 1977, a tagline to introduce Peter  Gabriel’s solo career was ‘expect the unexpected’ – might be time to roll that old chestnut out again.

You can see the video for ‘Dream Stealing’ here:

Check out Paul’s music on bandcamp https://pauliwan.bandcamp.com/releases  and on soundcloud

The Paul Iwan  website can be found  at : https://www.pauliwan.co.uk/

He is  also on Facebook  and tweets  as @pauliwan79