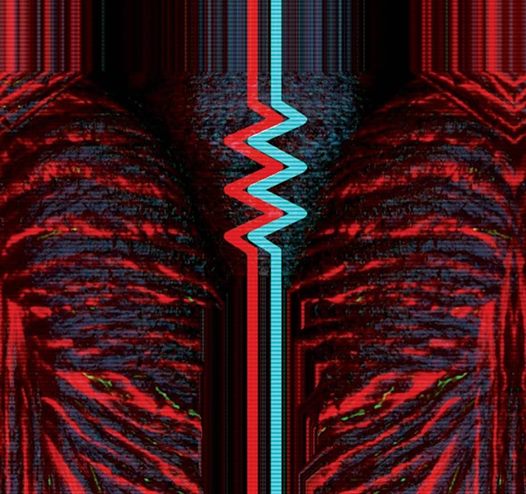 New album from the man who The Kinks’ Ray Davies called “Impressive, inspired and bold,” while we simply said “more than meets the eye.”

Back in 2016 we reviewed Paul’s Reveal album (review here) declaring it as being “full of twists and turns.” He’s back with a familiar red and blue package of nine songs he’s written, performed and produced, with, as they say,  a little help from his friends – drummer Steve Burkert and some additional guitar from Jim Duncan.

A set of nine one word titles see us hit by a combo of swirling electronic vibes and aggressive guitar riffery. A soundbite invades Parasite and a measured chiming guitar leads the starker ambience on Work that could easily be a close relative of some of the Roxy catalogue before the keyboard washes add a more accessible and catchy hook and an inevitable build to a bold and brassy climax.

Neon reinforces the alternative retro vibe that’s starting to become familiar in a confident and strident arrangement that we last saw the likes of with chart toppers Keane and merges with a lush and driving Broken whose tumbling sequence, blindingly obvious melodic hooks and “picking up the pieces” would be perfect stock radio material. Seven minutes of Resist sees Resister moving into more interesting quarters. A keyboard run that sounds very Bontempi, adds a low fi aspect with a pulsing rhythm in a full on eighties electro with an injection of angst, leading towards the grand celebration that is the ominous sounding Silence; one that lulls you in with a gentle hypnotic sense before exploding into a Euro belter that even Gary Barlow’s boys could do a job with.

Yes, Resister is a collection that sees Paul Iwan refining his songwriting craft and building a set whose appeal and accessibility  could easily make a huge mark in a saturated marketplace. One of those musicians and albums, like may, that holds great songs and is  well produced; just in need of the right place and right time and a huge slice of fortune.

Listen to Parasite from the album: