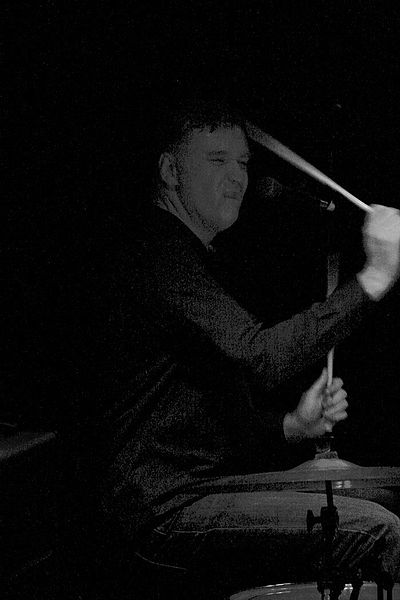 Paul Hanley, along with his brother Steve, is part of one of the great rhythm sections. For years they were the backbone of The Fall and are currently part of Brix Smith and The Extricated who play with the Membranes, Evil Blizzard, the Nightingales, Dub Sex, The Blinders at a big new festival at Manchester Ritz on Saturday April 29th – all details about the gig here 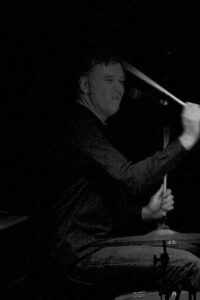 I’ve had the pleasure of sharing hostage and doing vocals with this mighty rhythm beast behind me and can assure you that they are something very special. It was pretty cool have Steve play bass for the Membranes for a few months but together the Hanleys are in a league of their own.

Intro from Paul Hanley
My musical experience really started in 1978, and any expansion into previous genres and eras came later, so these drummers (particularly the first 4) were by and large my sole influences as I learned to play drums myself . In fact they were amongst the first drummers I ever saw live, and are so good it’s a wonder I didn’t give up. I’m sure some will argue with my choices, (particularly no. 10) but they will of course be entirely wrong.

1) Karl Burns
I make no apology for choosing KB first – his dazzling drumming on The Fall’s debut album ‘Live at the Witch Trials’ is so brilliantly inventive there are several times when it threatens to completely overpower the song. Luckily the material was strong enough to cope (though it’s doubtful MES would call it luck). Listen to Burns at the height of his powers here on ‘It’s the New Thing’ and wonder why he wasn’t the drummer in the biggest band in the world. If Jon Bonham wasn’t jealous, he should have been.