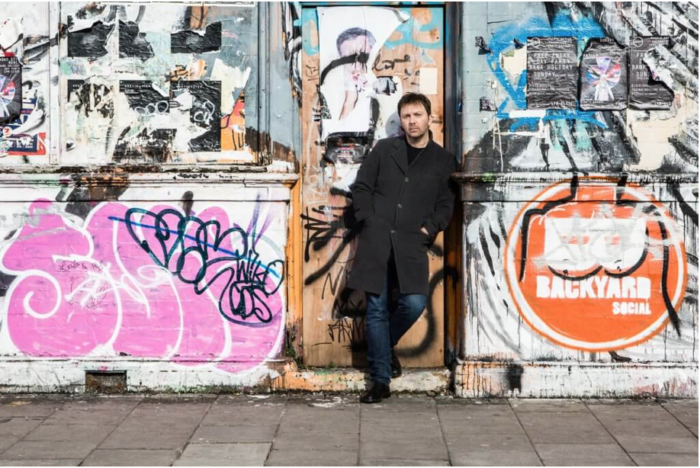 Following last week’s Mansun Attack of the Grey Lantern re-issue which looks set to enter the UK top 30 this week, Paul Draper has announced an acoustic UK tour for November. On this run of dates Paul will be playing Mansun tracks as well as solo tracks from his current solo album ‘Spooky Action’. He’ll also be playing new songs from his 2nd solo album.

Paul Draper has announced details of an acoustic tour of the UK this November. He will play:

These shows will see Paul playing his first ever full-length acoustic concerts with regular guitarist Ben Sink, offering fans a chance to hear a set that spans early Mansun songs, tracks from Spooky Action and Paul’s solo EPs and as-yet-unreleased tracks from his work-in-progress second solo album. Tickets are on sale here from Wednesday 20th June.

Paul will also play a previously announced slot at Festival No 6 in Portmeirion (Sept 7th) and a warm up show at the Trades Club, Hebden Bridge (Sept 6th). The Trades Club show sold out in 24 hours when it went on sale last month. These two shows will be the first time Paul has played tracks from Mansun’s insanely ambitious second album SIX – a record celebrating its 20th anniversary this year and originally inspired by the Prisoner and by Portmeirion itself.

Following the release of 2017’s critically acclaimed Spooky Action (“A properly fantastic album” Record Collector, 5*), Paul oversaw the deluxe remaster of Mansun’s classic debut Attack of the Grey Lantern (“It’s not so much that they don’t make them like this any more, it’s more that they never really did at the time” Prog; “Absurd, compelling and testament to reckless ambition” Sunday Times, must have reissue of the week). Attack of the Grey Lantern is set to enter the Top 30 this week twenty-one years after its original release.

He is currently mixing a live version of the AOTGL that was recorded at the Ritz, Manchester on his recent sold out UK tour. Paul recently toured in the U.S. supporting friend and sometime collaborator Steven Wilson. These were his first shows in the States since Mansun toured there in 1997.