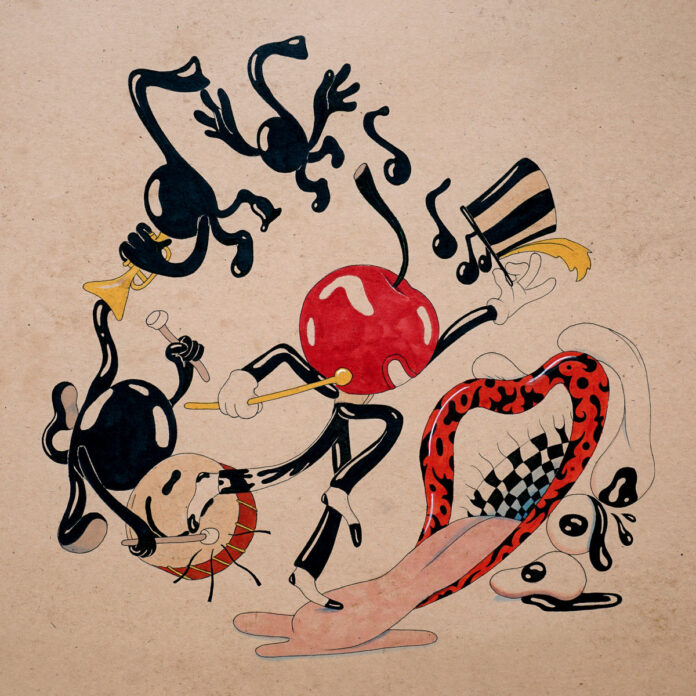 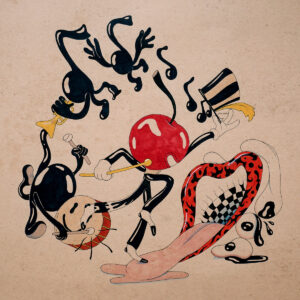 Paul Cherry: Back On The Music!

Chicago-based artist Paul Cherry’s second album sees him returning post-pandemic with a considerably more focused and cohesive sound. Back On The Music! will put you back in a cheerful state

Chicago artist Paul Cherewick, professionally known as Paul Cherry, emerged in the public eye during 2014’s garage rock era. He has spent the last decade altering and refining his sound. In the first few years of his music career, Cherry created lo-fi rock toons similar to up and coming bands at the time, Twin Peaks and The Lemons. He abandoned this sound in his 2018 debut Flavour in favour of a more bedroom/indie pop style, which had the same carefree vocal delivery and minimalistic, DIY soundscape as a Benny Sings or Rex Orange County project.

While Cherry still very much wears his influences on his sleeve in his 2022 release Back On The Music!, his sophomore album has a considerably more focused and cohesive sound. Back on the Music!, which was released on streaming platforms on 11th March, is filled with buoyant and lush instrumentals— something Cherry had explored on his debut, but not fully committed to until his second LP.

The album begins with the Chicago artist’s reverbed vocals, which are carefully layered on top of each other and ascending in scale. It, along with Cherry’s light and feathery voice, is immediately reminiscent of “The Black Hawk War, or, How to Demolish An Entire Civilization And Still Feel Good About Yourself In The Morning, or, We Apologise For The Inconvenience But You’re Going To Have To Leave Now, or, “I Have Fought the Big Knives and Will Continue to Fight Them Until They Are Off Our Lands!” by Sufjan Stevens (yes, I know, very long song name). In fact, this entire album is reminiscent of an early Sufjan Stevens project. Songs like Bouncing Off The Bottom and Back On The Music! could easily have fitted into The Avalanche or Illinois. But that’s not necessarily a bad thing. Being able to imitate Stevens and do it well is not an easy task.

Cherry manages to blend dynamic instrumentation and subtle, atmospheric noise effects with delicate vocals in a way that sounds elegant and effortless— something that seemingly only an indie folk veteran like Stevens can do. Yet, consistently throughout Back on the Music!, the creative, Chicago artist perfectly captures the magic of the niche genre that Stevens popularized, which is, to try and put into words: lo-fi indie chamber folk pop. It’s essentially music with so much going on while trying to give the appearance that not much is going on. It’s made up of very subtle production choices like using a lighter noise-gate or sampling sounds from outdoors that don’t normally appear in music to help give the songs a more earthy feel. And that’s what Cherry does so brilliantly on this album— he makes you feel like you’re sitting down to watch a show while being part of the show at the same time.

No New, No Blues was the first single off of the album. The song features 落日飛車 Sunset Rollercoaster, a band from Taiwan who Cherry became close with prior to the pandemic. Cherry wrote on FaceBook on 10th January: “In March 2020 I was in LA on a writing trip to work with Dent May and I went over to Sunset’s airbnb for a drink. While I was there, I got an emergency buzz on my phone that the whole city was going into lockdown and I ended up staying there for an entire week. me dent and guo wrote this song together while the world was shutting down all around us, the election and the virus news had us feeling peak burnout. After the week of writing and hanging, sunset offered to sign me to their record label, I headed back to Chicago and spent the entirety of lockdown in the studio working on this record and I’m so so proud to finally be able to share the fruits of my labour with you all today.”

The lead single has a groovy, ’70s inspired sound with a pulsing beat that is nothing short of addictive. The airy vocals from Kuo-Hung Tseng, the vocalist/guitarist of 落日飛車 Sunset Rollercoaster, add to the sunny disposition of the music. Also, whoever chose to synthesize the saxophones deserves a raise. Synths and saxes are a match made in heaven and they sound absolutely great together, especially on this project.

The title track Back on the Music! exhibits a similar glass-half-full demeanour. It gives me Mac Miller’s Circles vibes, but like if it were in the middle of a bustling town with a jazz band. I think it’s the nonchalant delivery and relaxed instrumentation that remind me of the Pennsylvania rapper’s posthumous release. The synths make a return in some parts of the song, which are a much appreciated touch.

The next song Moving Through Circles has a quick, upbeat pulse that is sure to bring you excitement. It sounds relatively simple upon first listen, but over its four minute run time, you begin to notice how many components go into it. This one of the examples of the music being both dynamic and simple. 2 Minute is a dreamy, lackadaisical track with the flute acting somewhat like the vocals. It sounds like someone whistling while walking through a park. The song’s successor You Being You (Our Room) is a culmination of the instrumental motifs begun in 2 Minute. Along with a wholesome spoken word excerpt from Los Angeles poet and motivational speaker Maya Nordine, the seventh track features beautiful strings, rich brass, and heavy reverb, which is soothing as hell. It’s definitely my favorite track on the album.

On More Fun, Cherry vents about how he wants to change up his routine and have fun with his life, which is a sentiment I think we have all been able to relate to at some point over the last two years. The Chicago artist practically voices an entire generation when he sings: “Yeah, I’m so ready to have more fun with my life ‘cuz every day is a huge chore and every night is a huge snore, like every night before. Can you show me how to break this stupid cycle I’m in?”

Tootsie Roll is a simple, jazzy track that is the definition of smooth. And finally, the closing track of the album Ridin’ The High is a song about taking things easy in life. It has lyrical and instrumental themes that remind me again of Circles by Mac Miller, but in the best way possible.

Overall, while Back on the Music! can come off as a bit derivative at points, it’s definitely an impressive sophomore album. It’s a short, sweet project, clocking in at about thirty five minutes, and listening to it is like taking a shot of dopamine.

All words by Jessica Roitman.  This is Jessica’s first review for Louder Than War.