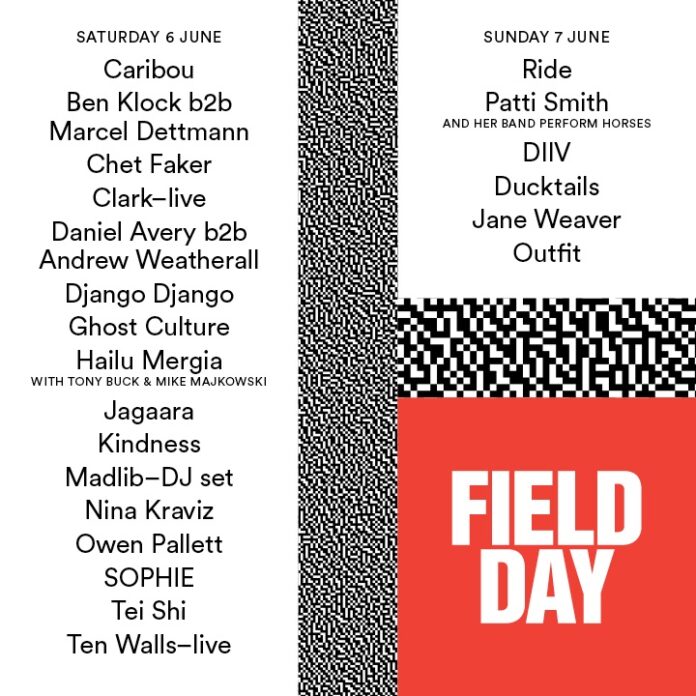 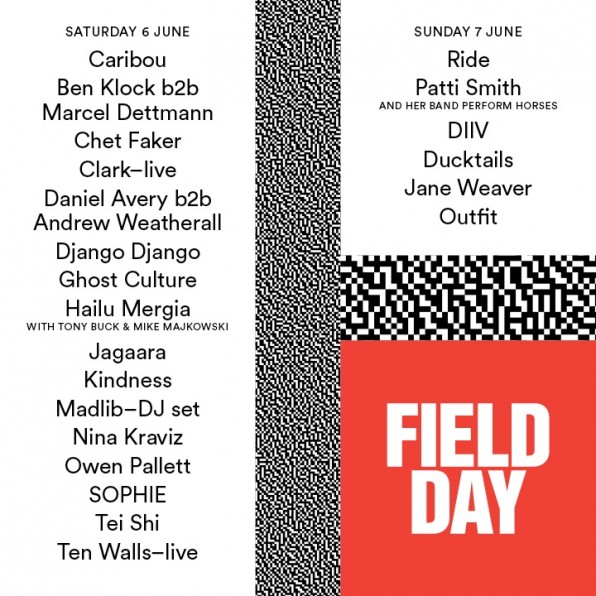 Ride, Patti Smith and Caribou have been confirmed to play Field Day Festival in 2015 as the first wave of acts are announced .

The festival will take place on the 6th and the 7th of June 2015 at Victoria Park in London.

Caribou, a regular Field Day favourite since the very first edition in 2007, will headline the Saturday night slot whilst the seminal band, Ride headline the Sunday date.

Patti Smith will be joining the bill on the Sunday. The set will mark the 40th anniversary of the classic album, Horses, which she will be performing in its entirety on the main stage, amongst other tracks.

Caribou will be joined on Sunday by an eclectic line up which includes the comeback of 2012 Mercury Prize nominees Django Django.

“After a dream-come-true last week and Ride coming back after 20 years to headline Field Day Sunday, I’m really thrilled that Caribou (someone I’ve worked with for many, many, years), will close the main EYOE stage on Saturday.  It’s of course amazing to have Patti Smith and her band performing the incredible  Horses, alongside so many other exciting acts over the weekend: everyone from Ethiopiques legend Hailu Mergia to Django Django, DIIV and Ducktails all back with brand new music… just so many… Bring on June 2015!”

More details about the festival are available from the official website: fielddayfestivals.com and you can get tickets via these links:

Also check out the official trailer for this year’s Field Day: