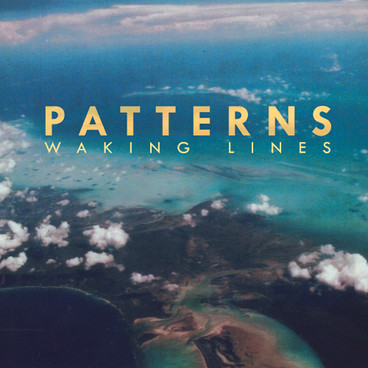 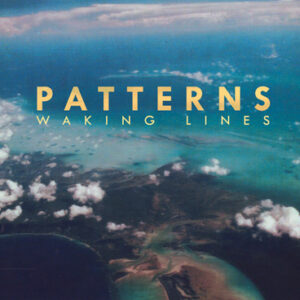 The debut from Manchester quartet Patterns is packed with dreamy, uplifting psych and soft electronica. Sarah Lay takes a listen.

There is a certain amount of trust needed to press play on an album, to fall backwards into its sound not knowing if it will catch you. Waking Lines will, but it’ll also expand and liquefy your surroundings. Not so much a fall as a drift downwards, melting into your new psych surroundings.

Giving shoegaze a reboot Manchester four-piece Patterns have delivered a debut of dreamy harmonies dissolving into blissed out electronica, a flirtation with drone pop. Waking Lines aims to be as rapturous as it is hypnotic.

Opening with a gentle fuzz and keening notes, This Haze is a cascade of building sound. It sets the scene for an album which won’t sail unchartered waters (Foals, Puressence, Coldplay have all voyaged here) but will show you some new sights while drifting the psych sea.

While in most parts a gentle dream of an album there are moments of more intense or insistent melody. Title track Waking Lines is a sparse concord of sounds building to a pounding, hard-edge before dropping off, rising again.

Each track follows this rough structure – a soothing, quieter introduction ascending to an uplifting, layered chorus.

The insouciant and soft feel to the album can become hypnotic, a little too predictable. The blurry sound which pervades makes one track, well, blur into the next. There is just enough variation, in just enough of the tracks, to keep the momentum going, to keep the interest piqued.

Street Fires rises gently, to have a purring guitar riff slice through and give the song noticeable substance amongst its album mates. The rebounding chimes of vocal harmonies and tumbling beats lifts this song above, a euphoric bright spot.

Those echoing vocals soften the scuzzy electronica beginning Wrong Two Words. An insistent, muted chant which subdues as much as it carries you forward. These are the lullabies of the modern world; numbing all feeling outside of the sound.

The album ends with Climbing Out, a realisation for the listener that it’s time to do just that; to rise from the soft earth and shake off the trance. There’s a sense of a breeze in the trees, of squinting up as sun breaks through. Again, the gentle melodies juxtapose with the tripping beats, the subdued verse with the soaring chorus. A familiar arm around the shoulders at the end of the night.

Waking Lines is blinding spots of light diffused by mist; an album that soaks you through to the bone. The longer you stand and let it wash over you, the more a part of you it becomes.

An accomplished debut, if a little repetitive in parts, this remains a beautiful soft dream from a band with much ambition.

The band will play St. Philips Church Salford on 7March 2014 backed by a 30 piece choir. With a reputation for playing multi-sensory live shows this one promises to be a unique experience. Tickets available here.

All words by Sarah Lay. More of her writing available from her author profile. You can also find her on Twitter.