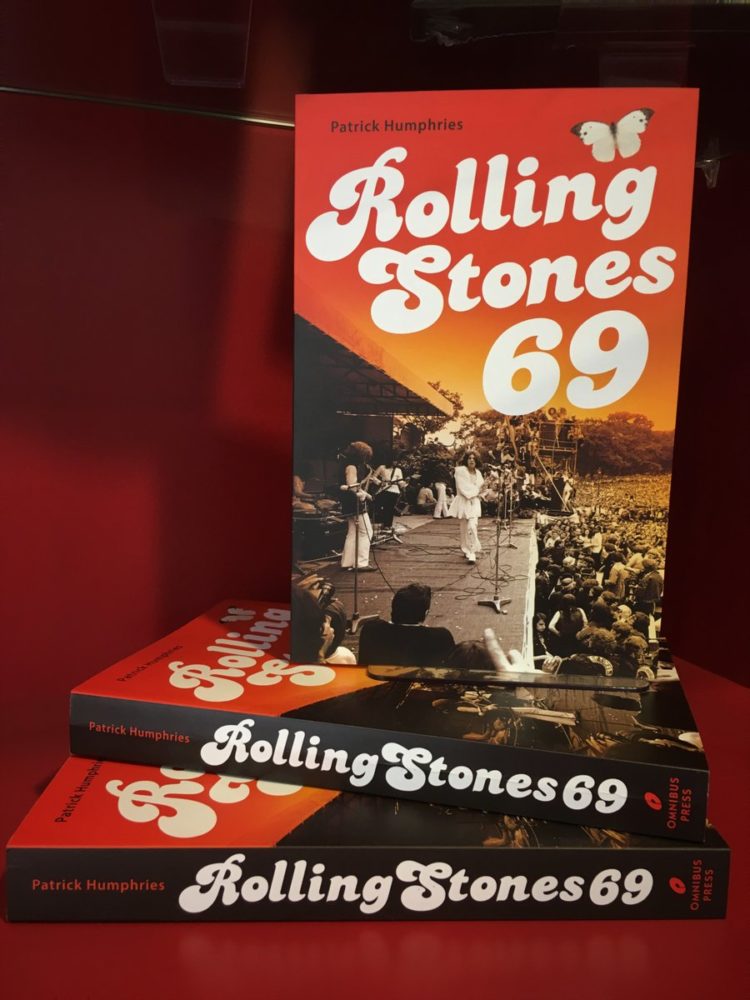 “It was the best of times, it was the worst of times”. Like Dickens, The Rolling Stones defined not just an era or a decade, but the year of 1969 for them, proved somewhat momentous. Not one to be phased, Patrick Humphries gets to grips with a year of significant weight.

The world might have felt like it was shifting on its axis with various goings-on as the Swinging Sixties rolled to a close. Patrick Humphries adds his literary weight to offer a thoughtful and considered reflection of a key period when the band that always seemed to be in competition with The Beatles  (and suffering by comparison) started to emerge as genuine contenders.  It was a time when the fab four started to seriously implode whilst the Stones were set to release Let It Bleed and begin a run of arguably their best albums.

Humphries sets up 1969, not that it needs it, as the sort of turbulent year that no-one had anticipated. The “healthy optimism” of the Sixties about to come crashing down amidst social and cultural change ahead of “the long, hard grind” of the Seventies. Hindsight is a wonderful thing. And with the Stones, the combination of the death of Brian Jones, Hyde Park, Let It Bleed and Altamont, saw them set to emerge Phoenix-like from the ashes to claim their role as the greatest rock and roll band in the world.

Part of the success story of Let It Bleed may have lain, as Humphries points out, in the ‘contribution’ of Ry Cooder to Let It Bleed and aside from the emergence of Mick and Keith as songwriters of some depth, there’s an underlying feeling of how the Stones were the band who dared to dance with Mr D and live to tell the tale.

Humphries was also there as his own cloudy memories attest, attending the Saville Theatre at the end of 1969 to a general, well not quite apathetic, but certainly restrained British audience. One must remember that the full Altamont story was yet to emerge to reveal its full horror at that stage in their career. The story comes in the context of the survival of the Stones and their ongoing triumphs with Humphries again present at the London 2018 No Filter extravaganza.

1969 may be more than just a shot away but played a pivotal part and is fully deserving of its own examination in the story of the Rolling Stones.