Home Best of the Web Pass it on: The Pete Quaife Foundation – Interview with David Quaife 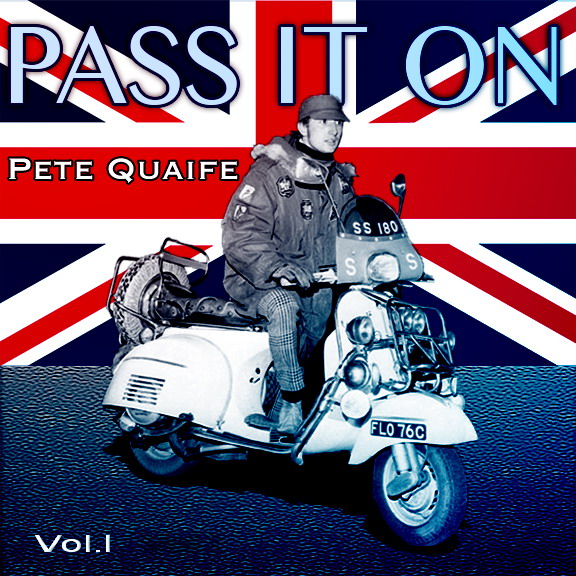 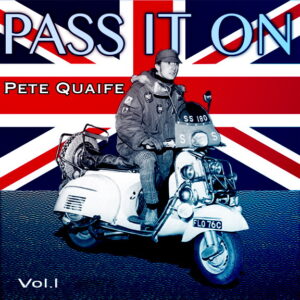 David Quaife, brother of legendary Kinks bassist Pete, speaks to Louder Than War about the fantastic work being done in his memory with The Pete Quaife Foundation.

We ask only one thing of those of you kind enough to take the time to read this article, as the title suggests, please “pass it on” to get the word around.

2014 marks the 50th anniversary of one of the greatest British rock bands, The Kinks. Sadly Pete Quaife, their original and hugely influential bass player won’t be around to join in any celebrations having passed away in 2010. Pete received dialysis treatment due to kidney failure for a long time before finally succumbing to the illness in June 2010 in Copenhagen, Denmark, where he lived. Here, in the first of two interviews about Pete and his legacy, Louder Than War speak to Pete’s brother David about the fantastic work being done in his memory by The Pete Quaife Foundation.

Louder Than War: How did you get the idea for the PQF?

Dave: Pete came to live in Denmark where I already lived and he was in need of regular dialysis treatment. I used to drive him up there sometimes and it was really hard for him, as it is for everyone, as there’s nothing you can do really. You’re just connected to a machine for hours on end. He used to take a sketch book up with him, in fact he had a book of sketches published called ‘The Lighter Side of Dialysis’.

Anyway, in 2011, we had a Blue Plaque unveiling ceremony at the old William Grimshaw Secondary  Modern (now Fortismere High School), where Pete attended with the Davies brothers so it’s basically where The Kinks started. We thought it would be a really good place for a memorial concert, I thought Pete would be chuckling about that considering all the scrapes he got into there! So basically, we got some bands together and had a great concert and a great time. It’s something we do on a regular basis now and we’ve got a whole load of great people who give their time and energies to help out.

What do you do with the funds raised?

Well, I’m really grateful to Penny Pound who’s a driving force in the PQF and we put our heads together. I never forgot how hard Pete found the time on dialysis because everything needs to be sterile in the clinic so he couldn’t really take stuff in there. We thought how good it would be if we could buy things like xbox, ipods, kindles etc for kids who are on dialysis. These things can be sterilised so it’s no problem for them to be taken into the clinic. We actually buy the stuff ourselves rather than donate money to a charity. The charities do great work but there are massive administration costs so we just feel we get more value for our funds doing it this way.

Also, a company from the United States has been in touch and offered to lease us a couple of home dialysis machines. These would be great because it means that kids who need dialysis can go on holiday or just away for the weekend. It’s a three hour course of treatment but it’s mobile so they can still maintain a quality of life. Pete would be really pleased with this idea, he was offered kidney transplants a couple of times but declined saying “pass it on to the kids”. That’s why we’ve adopted the phrase “pass it on” as a sort of slogan really.

Pete’s book Veritas Vol I was a great document of the late ‘50s and early ‘60s British music scene. Vol II is out soon?

Yes, we had some problems with the publisher, to say the least. It will be available as an ebook in March and after that in all formats. It really is a great story, obviously based on the formation and early years of The Kinks and we’ve had a lot of great feedback. I’m sure there will be a lot of interest in it.

Above, Pete performing with the classic Kinks line-up.

You’re also keen to keep the musical links going. Can you tell us a bit about how you do that?

I love listening to new bands, that’s one reason why I really like what I’ve seen of Louder Than War, and there’s some fantastic bands that have supported us. We’ve done 3 great gigs so far and we’re supported by some amazing bands who have contributed to the CD ‘Pass it On Vol I’. Basically it’s a double CD and the bands have done their own version of Kinks songs that Pete played on Disc 1 and a track of their own on Disc 2. There’s some amazing versions of Kinks songs on there, they really have to be heard and, as I said, the original talent of the bands shines through with their tracks on Disc 2. There’s a wide range of styles and I love listening to them. We have our own PQF record label and publishing company so we feel we’re continuing Pete’s legacy through that and, of course, all profits go for a great cause that’s close to all our hearts. We’re also incredibly lucky that the recordings have been mastered by Pete Maher who is a fantastic engineer and has worked with the very best. It’s not surprising that the CD sold out but it’s available on iTunes now and there will be another pressing in September.

Another really exciting development is the discovery in Denmark of some tracks that Pete played on. They are co-written by him and were recorded with a band over there. We’re hoping that will be ready for release this summer and we’re all really looking forward to that.

Having had the pleasure of listening to the CD I can certainly vouch for the quality of both the Kinks interpretations and the original versions from bands such as The Lemon Tops, The Mynd Set, The Grenadiers and The Heavy Mods. There’s also a cracking version of ‘You Really Got Me’ by the legendary Steve Marriot of the Small Faces on there. Furthermore, the news that we may be about to hear some previously unreleased material from Pete Quaife to coincide with the Golden Anniversary of The Kinks is both poignant and exciting. The Pete Quaife Foundation is a fantastic charity that is making a real difference every day to children in need. Please visit the website to find ways in which you can support the PQF and when you’ve read this article please “pass it on”.