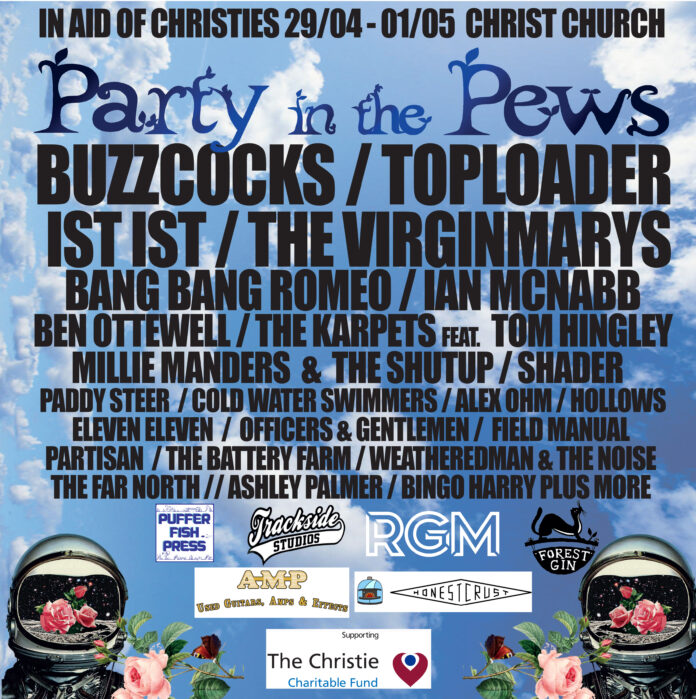 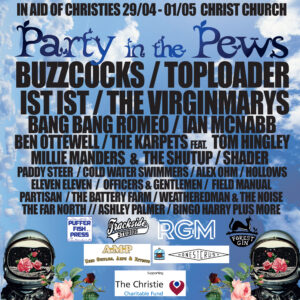 The charity festival Party in the Pews will take place at Christ Church in Macclesfield from 28 April to 1st of May.

After a bumpy ride during the lockdown, the festival is finally back in its original bank holiday format. With a focus on bands from Northern England, the three-day programme features Buzzcocks, the younger generation of Mancunian post-punk IST IST, a few collectives from Macclesfield and more. The line-up can be viewed on the festival’s Facebook page.

As the name suggests, the festival will take place at a venue, which is not necessarily typical for punk music. Christ Church is a redundant Anglican church in the centre of Macclesfield. The church is a Grade II* listed building, still fitted with its original stained glass windows and pews. The interior appears in the episodes of the drama series Peaky Blinders. As a child, Ian Curtis used to attend Christ Church with his mother.

Party in the Pews is a non-profit event, run by volunteers. The raised funds go to The Christie Cancer Hospital, which has recently opened a new centre in Macclesfield. The new hospital will cut travel times from almost two hours to support patients being treated in their home town.

Tickets for Party in the Pews are available here.