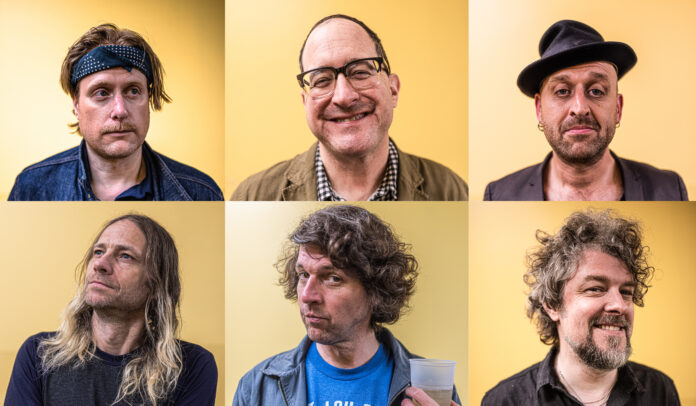 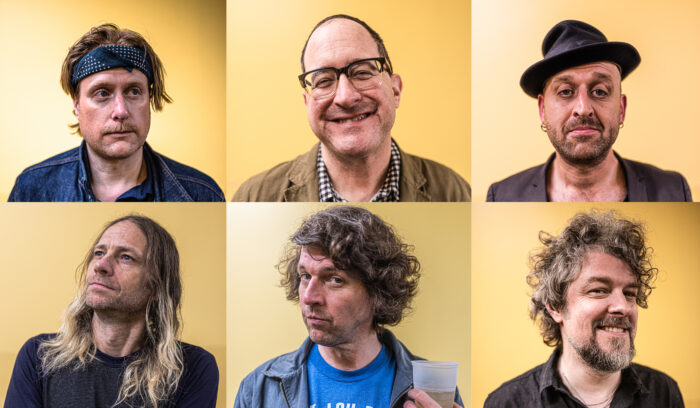 The Hold Steady might well the world’s best bar band but in frontman Craig Finn they have an unusually gifted lyricist chronicling the lives of party animals and lost souls.

They’re now a sixth piece with the return of pianist Franz Nicolay and they’re back with their eighth album, Open Door Policy, full of Finn’s acute observations of human foibles and damaged people seeking redemption.

Relentless touring took its toll on the band so since they came back from a long break they now play weekend residencies in major cities round the globe, including riotous gigs in London.

Paul Clarke spoke to Craig Finn at his Brooklyn home about Franz coming back, spreading his lyrical palette to new bits of America and why The Hold Steady have a soft spot for their British fans.

I saw you play two gigs in Leeds. One at the Irish Centre with keyboard player Franz in the line-up and then at the university after he had left, and they were two very different experiences. How important was it for the band’s balance to have Franz back as the sixth member?

It was very, very important, and by the way that Irish Centre gig I remember as one of my favourite gigs of all time, I loved that. For a number of reasons, it was very important as there’s a lot of songs that we hadn’t found a suitable keyboard or piano player that was working so we went out without. There was a lot of songs that missed it and I think maybe even more so than we were personally admitting to ourselves at the time.

So what exactly does Franz bring to the band?

Having the piano back as an instrument is incredible, but also I think just as a personality Franz asks the right questions a lot of times. Our producer Josh Kaufman always says let’s go for rock and roll, but not rock. It’s hard to explain, but I think that Franz brings us more of a rock and roll, and that might be the easiest way to say it. He’s a very welcome addition, he’s a great performer and brings something that makes it a little more than just big guitar rock.

When I listen to the keyboards I am often reminded of the work Roy Bittan does with the E Street Band. It’s so subtle that you don’t really notice but he is the unsung hero of Bruce’s band.  You’re a big Springsteen fan so do you see the similarities?

If an alien came down and you wanted to show him like a quintessential Hold Steady song, you’d have big guitars, then you’d have a piano break that would go down to just the piano. As a singer the piano you a lot of confidence, it lifts you up, it gives you a big base to stand on. It allows us for so much more dynamics, such as the E Street Band, and you think about a piece like Jungleland or something like that which kind of gets Braque before it gets classic rock again.

In many ways the way the first track of the album, The Feelers, opens with a keyboard riff before the whole band kicks in sums up Franz’s contribution.

I think one thing when you are making a record is thinking how do we open?  Last time on Thrashing Thru the Passion we opened by kicking in the door with Denver Haircut. With this, I wanted to invite people in.

One of the first singles Family Farm is a really honest look at mental health. I don’t what it’s like in the US but here we are really reluctant to talk about mental health issues as if it is somehow contagious.  Are you hoping songs like Family Farm will create a more open conversation?

This record deals a lot with mental health and I think some of that comes up with age. When the Hold Steady started I talked a lot about partying, drinking, carrying on, taking drugs and 15 years on I think I’m writing about people like me who are older.  Instead of being 20, they are 35, and at that age some of these things end up being the same two sides of the same coin. When you talk about self-medicating, and whatnot, you’re talking about partying that is due to depression and anxiety and using. I think as my life changed and the people around me had different reactions some people very close to me slipped away from me because of mental health issues. I’ve been really fortunate, but my own mental heath is something I manage through exercise and diet. I can say we are talking about it more, but I don’t know that we can talk about it enough. I think that is the foundation of the record, and certainly Family Farm.

In Family Farm you sing: ‘and the nurse assigned to me/has Eruption as her ring tone.’. It might be the only song ever to reference that seventies rock classic, but it was written before the recent passing of guitar legend Eddie Van Halen, so did the song turn into some sort of prophetic tribute?

It was another one of those things that I wrote in 2019, it became more pertinent in 2020 and it was certainly written before Eddie died, but you know I’m glad it’s there. A lot has been made of Springsteen, The Replacements and things like that as far as the model for The Hold Steady goes, but Van Halen is one. I mean there’s like one guy playing a lot of guitar solos, and there’s another guy yelling and talking.  David Lee Roth era Van Halen is certainly an influence and something we love.

You have famously written about the antics of the fast set in your native Minneapolis, but on this record you’ve expanded your lyrical horizon to the West Coast most notably on Me & Magdalena.

With Lanyards, there are at least two Californian songs. As I’ve gotten older I’ve got really fascinated with the West, I think wide open spaces are just like super cool, maybe not even California or Los Angeles, but Colorado, Wyoming, Montana those states. As far as Me & Magdalena there is the American thing of ‘go west, young man’ which is the answer to everyone’s problems. Then you get to the Pacific Coast and there’s nowhere to go, there is but not on foot. Throughout all my work I think there’s been an idea of escape, and if you go somewhere like California it will solve all your problems, which is not true.

The city of Scranton, Pennsylvania features on the album and that is also the home town of the current President, who often cites the fading industrial powerhouse in his speeches as part of his blue-collar credentials.  Was putting Scranton into the lyrics just coincidental?

It wasn’t because of Joe Biden and actually Scranton pops up as early as my first band Lifter Puller, but I think I’ve always been a little fascinated with it. My mom’s mother’s family was from that region, but I never met any of them, but maybe subconsciously it got in my head. For me it’s an everyman city, it’s there but it’s not loaded in some way. The American version of The Office was set there so maybe it’s our Slough. I’ve been there, it’s nice enough, but it’s maybe a city that may have felt more robust in a different time.

Like The Boss or Television, your band were one of those American acts who seemed early in their career to be bigger here than back home. Were British fans being early adopters of The Hold Steady important in your evolution as a band?

It was, not the least of which is I really hadn’t travelled before we start coming over for touring so that was very exciting.  We’ve been doing it for long enough that I just have so many friends over there so in 2020 one of the biggest noticeable things was I didn’t spend any time in the UK. We did play our last shows in front of an audience there in March 2020. It’s been incredibly important to us, It’s an honour and a blessing to have that audience.

I think when I speak to English rock fans they are more encyclopaedic somehow. I have wilder, crazier, deeper conversations about rock and roll with British people, I don’t know why exactly that is, but I know I enjoy it. I have to say I enjoy that the set times are a little earlier, and it’s not because I can’t stay up, it’s just that I like going to the pub afterwards.

How do the UK residencies compare to the others around the globe?

Every year we do the one in London in March and it might be the best one. The only place that might match it for exuberance is New York which is our home town. My partner Angie came to London, and she said it’s the wildest Hold Steady fans, I’ll defer to her as I can’t always see. If not, it’s all the way up there.

The Hold Steady had a long hiatus, but I hear the UK fans played a big part in reminding you why the band still mattered?

I do remember the first time we came back after a long time away the first residency we did was at the Electric Ballroom. I was very nervous, we went into Stuck Between Stations and I thought I saw about three or four plastic cups of beer go flying up in the air when we kicked in. I thought this is going to be okay, we’re back.