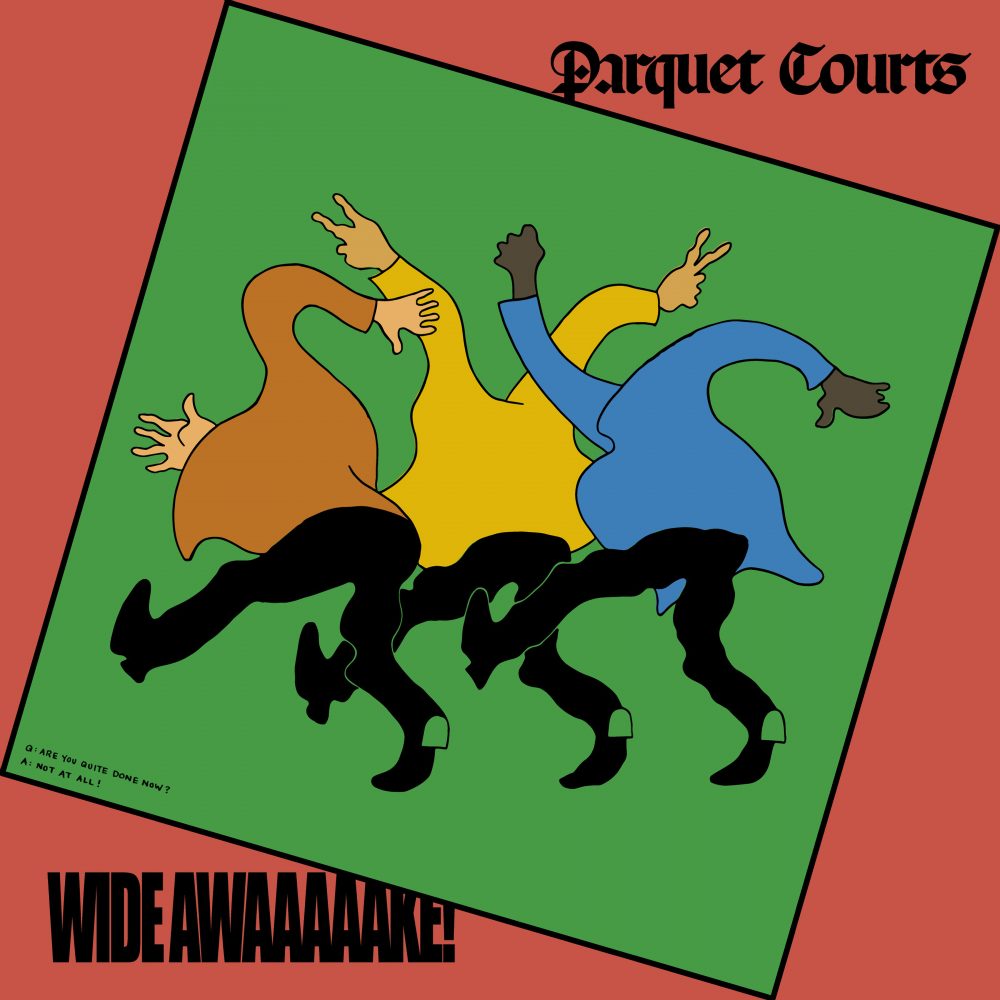 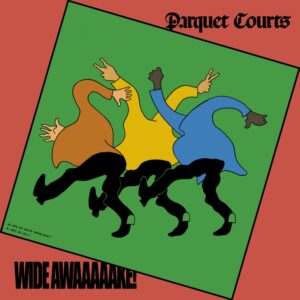 This stunning new album by New York’s finest will set your ears alight with it’s vast array of sound on their finest moment, having honed that clever song writing craft with a little help from Danger Mouse.

Wide Awake! is New York’s Parquet Courts’ fifth record since their formation eight years ago. It’s also their most groundbreaking. It’s an album about independence and individuality but also about collectivity and communitarianism. Love is at its centre. There’s also a freshness here, a breaking of new territory that’s testament to the group’s restless spirit.

In part, this may be attributed to the fact that it’s produced by Brian Burton, better known as Danger Mouse, but it’s also simply a triumph of their songwriter’s art. The songs, written by Austin Brown and Andrew Savage are filled with their traditional punk rock passion, as well as a lyrical tenderness, but are elevated to even greater heights by the dynamic rhythmic propulsion of Max Savage (drums) and Sean Yeaton (bass).

The plan from the start was to introduce new musical ideas previously unexplored by the band. These were varied. For Brown, a few of the touchstones were Grace Jones, The Upsetters, Townes Van Zandt, Parliament and Augustus Pablo. For Savage though, the soundtrack to the sessions in Electric Lady Studios in New York and later at Sonic Ranch in Texas, was different.

“I found myself listening to a lot of ‘80s American punk,” he explains, “I’m talking about Big Boys, Minutemen, The Dicks, Flipper. Bands that were no doubt punk but don’t quite fit in. I’ve always loved the playfulness of Minutemen and Big Boys, and especially the way the latter mixed funk into their sound.”

It all kicks off (wait for it…) with Total Football a punky anthem typical of the Courts and lyrically gives a nod to creative and inspiring individuals and is named after the Dutch theory of soccer and has an almost terrace like chant in the chorus.

Violence is an excellent track with it’s spoken word proto hip hop sound and explores how violence is accepted as casual and part of every day life, ie; the recent shootings in the USA being a footnote. It also has that classic New York sound as does next track Before The Water Gets Too High with it’s clever lyrics and more chilled out beats going back to the ballad like tunes on Human Performance.

Mardi Gras Beads is another ballad type tune and has a mellow stoned out groove with an excellent guitar hook added to give you a rush. It’s a song that Brown says he’s always wanted to write but never had the courage. I love it!

Almost Had to Start A Fight / In & Out Of Patience is my standout track on the album and one of those songs that grab you after one listen. It’s a NY punk stunner that rolls into a Fall like garage stormer which Mark E Smith would gladly put his name on. It ends bizarrely like a live track to introduce the next hit Freebird II which sounds fuck all like Freebird by the way and chugs along nicely.

Normalization starts as a Talking Heads style number but gets far too funky for its liking and makes me want to dance like a muthafucka. My legs are wiggling typing this just thinking about it. Definitely got some Funkadelic in there but punked up.

Next up Back To Earth just totally confuses the shit out of me as it’s nothing like anything they’ve done before. It’s a stone cold dub reggae wonder with brilliant lyrics. It reminds me of the scene from the Young Ones (80’s comedy classic kids!) where the hippy floats back down from the moon after hitting the bong.

Wide Awake! if you’ve not heard it yet is an upbeat funk number with the disco overtones and whistling to give it that party sound which has Danger Mouse written all over it. A tune for the summer festival crowd. Then NYC Observation is a short punk number that takes you through the streets of New York, taking in the sights and smells of the mean streets, and lyrically is, well, a NYC observation!

Extinction is another stand out tune, fusing punk with funk and lyrically the epitomy of what the Courts stand for, songs about emotion and stepping out of that comfort zone to good effect. Death Will Bring Change again changes tract and has a 15 strong Upper East Side boys choir singing the chorus to great effect with it’s lyrics about life and death.

The album finishes strongly with Tenderness, an upbeat song which starts off sounding like George Michael recording with Warren Zevon, a summery funky upbeat number about spreading some tenderness around to everyone leaving you feeling happy in yourself.

I’ve followed Parquet Courts since their amazing debut album. I can honestly say I thought they’d never match the likes of Light Up Gold but this is genuinely their best album to date, ambitious, diverse, one of those ‘you can’t pigeonhole’ bands that keep on amazing me. This is probably their most accessible effort to date and should hit all the clubs with it’s punk funk sound and disparate theme. One of the best albums this year!