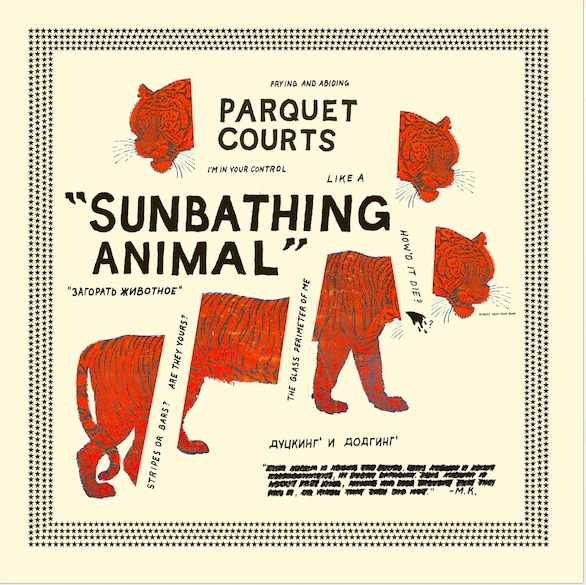 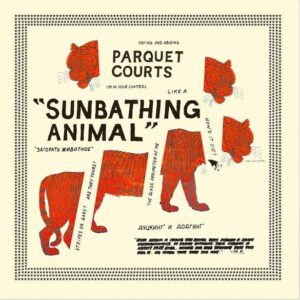 Parquet Courts’ prolific touring and recording schedule belies their slacker aesthetic. Releasing five albums in five years, the Brooklyn-based DIY indie noiseniks have built an impressive following since forming in 2010. What’s perhaps even more remarkable tonight is how they’ve grown as live performers in the two years since your correspondent last caught them.

Goat Girl don’t really do showbiz. The most modest of introductions before they launch straight into their swaggering rockabilly-noir. But no compaints about the performance when the music is this good. A revelation, even.

Their menacing slow-burn gothic country-blues suggests wild bourbon-swilling prairie women, not the four fresh-faced teenagers on stage. It’s truly impressive to catch a band this young and already so fully formed. Most bands twice and thrice their age never come close to honing and owning their own musical identity like this.

Twangy spaghetti western melodies played on £50 starter guitars and occasional swathes of blanket distortion lace the songs. The fearsome deathless holler and eerie otherworldly harmonies belie the band’s youth. Closing with stand-out single Country Sleaze and a perfunctory goodbye then they’re gone. Just signed to Rough Trade, you can expect to hear a lot more from and about Goat Girl.

I can’t help but think it’s a case of difficult second album syndrome for Eagulls. 2016’s Ullages pulls the usual Sophomore tricks of slowing the tempos and upping the seriousness and the track lengths while dialling down the punk racket. Sombre brooding epics like opener Skipping and My Life In Rewind sound suitably huge but lack the condensed-Chameleons intensity of their self-titled debut.

Metropolis plays on the big screens as frontman George Mitchell, who seems to have refined his yobbish vocals into a glam-goth yawp to match his Brett Anderson bangs, swigs wine from the bottle while Euphoria’s sky-scraping guitar arpeggio echoes around the venue.

Indeed, Eagulls’ faithful down the front save their moshing for Tough Luck and Nerve Endings from the debut. The dense wall of guitar recalls why we fell in love with Eagulls in the first place. Another taciturn bunch, they’re gone with barely a word of goodbye.

Not so Parquet Courts who have turned positively chatty, bantering with the crowd about the bar and Kentish Town. The shy, puppyish indie kids of a few years back have grown up: one cuddly sexy grunge bear, one who looks like Bug from Uncle Buck and one who looks like the Brian Jones-analogue in fictional hairdryer-advert 60s cartoon band The Frantics (these reference points obscure enough for you?)

Ducking And Diving’s cubist rockabilly and Modern Lovers-style orientalist blues solos kick off the set, segueing straight into a brutal version of Dust, all trebly clangour and feedback screeches. The languid Pavement-like balladry of recent single Human Performance with its melancholy synth-oboe and the pastoral ’69-Velvets folk-blues desafinado of Steady On My Mind show Parquet Courts can do delicate as well as noisy but for the most part, they deal in brusque and brash stuff.

Parquet Courts’ live sound has beefed up impressively, underpinned by slacker sing-speaking and the bite and bark of choppy clangourous guitars that have churned at the heart of US alt-rock since the mid-60s. Ploughing through rapid fire medleys that dispatch songs in mere seconds, they lurch from jagged Beefheartian riffs and Fallish manic rockabilly through slacker-hop and the new-wave jangle/shuffle of Careers in Combat and North Dakota.

The Morriconesque melancholia of Berlin Got Blurry leads into One Man No City, an ode to alienation that builds from a no-fi amelodic chug into glorious psychedelic excelsis. Thanking us for giving them two encores even though they haven’t left the stage (still on the weed then, boys?) Parquet Courts sign off with an ultra-brief blast of Light Up Gold II.

An impressively accomplished show from a band that show no sign of slowing down. If you like your indie rock rough, raw and smart, be sure to catch Parquet Courts.