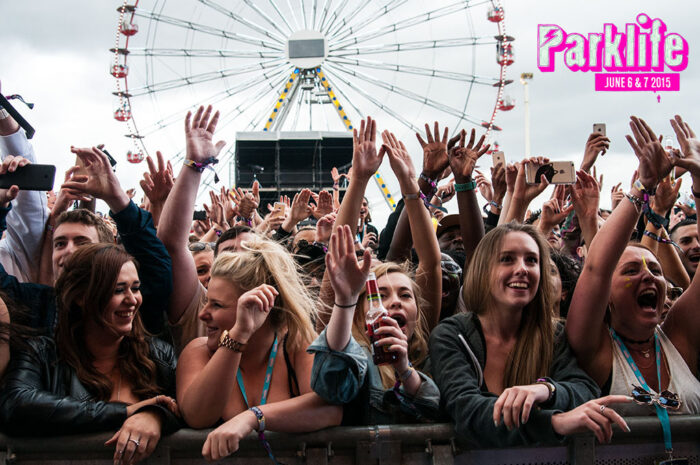 This photo and all others on this page © Melanie Smith

James Lowther headed to Heaton Park for Parklife Festival with high expectations. The sun was shining and the day was to be filled with brilliant music including Wu-Tang Clan and Disclosure. Here James reports back on the highlights of Day 1, with a full photo gallery by Melanie Smith.

The sun was shining down on Manchester as 75,000 people marched onto Heaton Park for the Saturday of Parklife festival. It was a welcome change from last year where rain and mud dampened many a person’s spirits. I got there early, eager to take in the sights and sounds of what was sure to be a great festival.   I found myself sticking much more closely to the smaller stages this year. The main stage did have a wealth of huge acts, including the amazing Ella Eyre, who claimed that Parklife was her favourite festival (it’s easy to see why!) and really got the crowd going with her effervescent personality, as well as the likes of chart-topping Labrinth, fast rising superstar James Bay, who surprised everyone by packing out the Big Top stage to capacity and favourite DJ Annie Mac, but the smaller stages included acts that I’d been meaning to see for a while now – and Parklife was the perfect opportunity to tick them off my list. 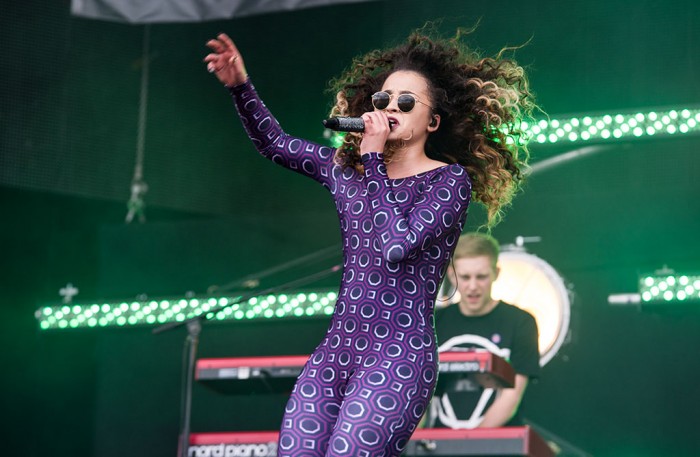 I kicked things off with a band I’ve never heard of, Ekkah. I was wandering around the site, getting my bearings, when I heard some amazing pop sounds coming from the Big Top tent – which hosted a slew of indie and alternative acts later on in the day, so I knew they’d be right up my alley. Even better, they were playing a rendition of ‘We Are The Men In Black’, so I couldn’t turn that down. Later on, the tent hosted the likes of Manchester favourites Everything Everything, debuting some of the impressive new tracks from their soon to be released third album, as always wearing matching outfits and putting on a hell of a show, as well as electronic sensation Ghostpoet, who impressed greatly.

But the day kicked off properly with Outfit at the Now Wave tent. The Liverpool band were on top form, playing a storming set of songs from their last album, ‘Performance’, as well as some amazing sounding tracks from their next album. ‘New Air’ particularly wowed, with the glitchy videogame sounding synth getting everyone in the crowd moving.

A special mention also has to go to the great variety of food on offer – showcasing some of the best of Manchester’s cuisine. I opted for an Almost Famous ‘Bacon Wonderburger’, and it went down a treat before heading to my next act. The beer was pretty great too, particularly in the V.I.P section where Seven Bro7hers had a great selection of craft beers, perfect for the sunny weather.

The highlight of the day, however, has to go to Mac DeMarco. I’d been itching to see Mac for over a year now. His music is great, no doubt, but it was his live shows that entranced me. Oddball is an understatement, Mac knows how to work a crowd like no other. Most of his songs are fairly short, so he managed to pack his setlist to the brim (as well as including a 7 minute improvised Steely Dan jam). His final song, ‘Still Together’ exploded in a live setting, sounding just as good with a full backing band as it does acoustic, but it was all topped off by a 5 minute crowd surfing session. It really was just a treat to the eyes and ears. 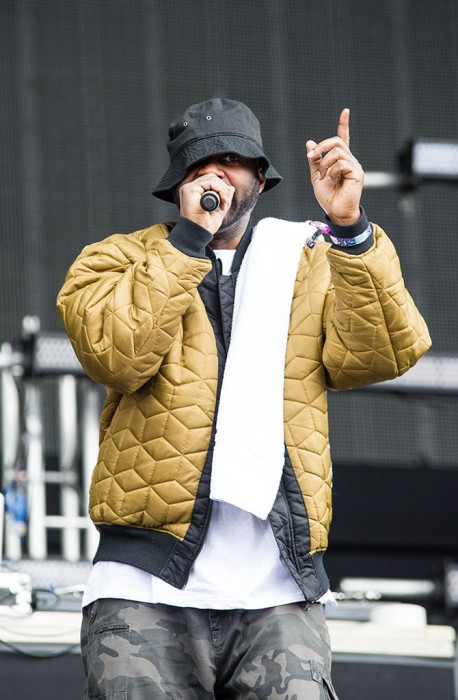 A tiny bit of rain didn’t manage to stop Wu-Tang Clan bringing da ruckus to the main stage, either. The rain was short-lived, but the Wu put on a show that will long be etched in my memory. Storming through their set, I found that they took as much time to get the crowd pumped up as they did playing their actual songs. Everyone had their W’s in the air as they played C.R.E.A.M and chants of ‘Dollar bills y’all’ could be heard around Heaton Park long after their set had finished.

The plan was to see Jamie XX, but it seemed as though that was the plan of everyone at the festival, so after being bumped and shoved for 15 minute we decided to check out the wealth of other entertainment that Parklife had to offer. After seeing that Mark Ronson’s DJ set was similarly packed to the rafters, we decided on Metronomy, and boy was that a good idea. I’d caught them at a packed tent at Glastonbury last year, but seeing them up close was something special, with a particular highlight being the synth-drenched ‘Reservoir’, which has still been a real ear-worm days after the festival. 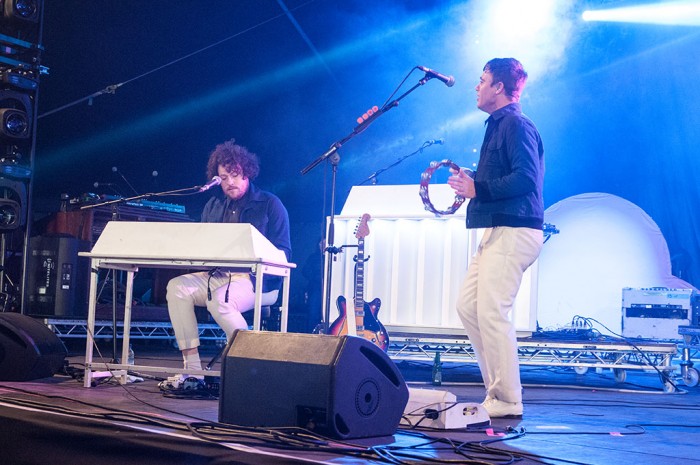 Upon first hearing that Disclosure were the headline act for Parklife on Saturday, I have to say that at first I was a little sceptical. They seem like the sort of act who are much more suited to warehouse raves than headline sets in fields. But I was sure proven wrong. This is the direction that music is going to be going now, I’m almost sure of it. Festivals like Glastonbury are crying out for the next generation of headline acts, and I think Disclosure have shown that there’s more to festivals than loud guitars and screaming vocals. Disclosure really brought their A-Game, with the light show being one of the best I’ve ever seen, and one that was debuted at Parklife. Every track from Settle had the crowd going wild, particularly the mighty ‘When a Fire Starts to Burn’, but it was the new songs that were the real wow moments. They brought with them a barage of special guests, including Gregory Porter for the catchy ‘Holding On’ and Sound of 2015 artist Kwabs for ‘Super-Ego’. It really was an impressive show, kicking things off with the unforgettable opening synths of ‘White Noise’ and, of course, ending with the chart-dominating ‘Latch’. Day 1 was over, but I hadn’t had my fix yet, and couldn’t wait to get my teeth into what day 2 had to offer. 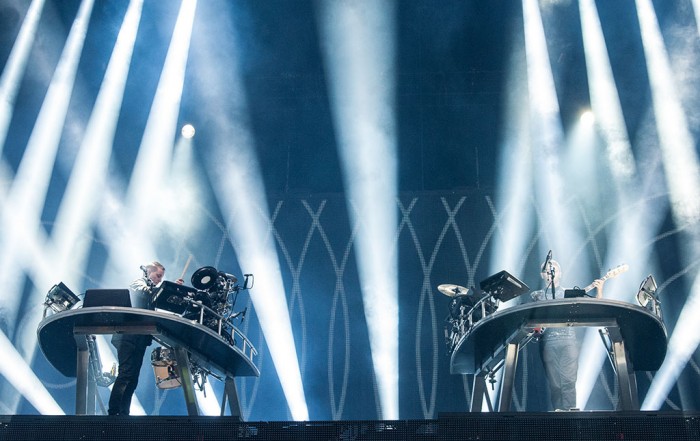 Also check out this photo gallery:

You can keep up to date with all the going’s on at Parklife headquarters via their Facebook and Twitter.