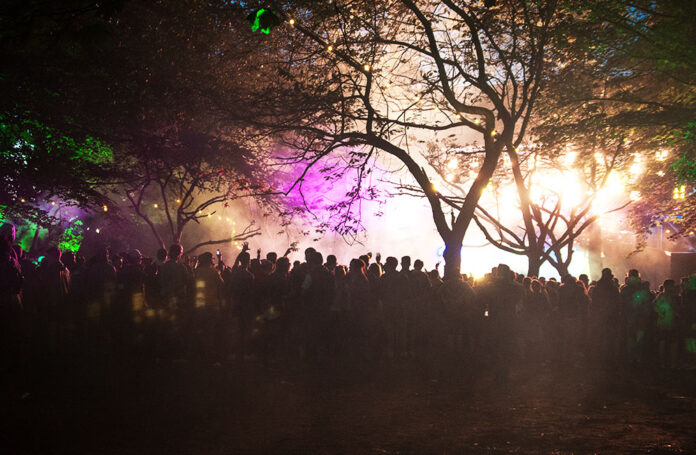 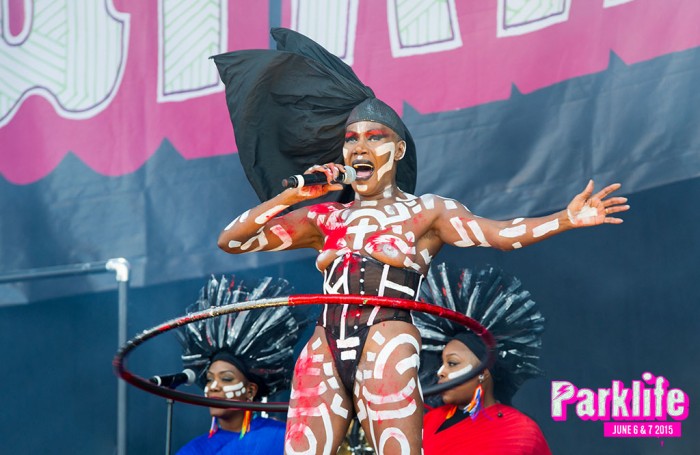 This photo and all other photos on this page © Melanie Smith.

James Lowther returns to Heaton Park for Day Two of Parklife festival. With a feast of acts on offer, including the highly anticipated FKA Twigs and hip-hop legend Nas, it was sure to be a great day. Melanie Smith provides photos for the conclusion of Parklife Festival.

With sore feet and ears still ringing, I returned to Heaton Park for the second and final day of Parklife Festival. When first scanning the lineup, day two didn’t hold quite the same pulling power as day one, and I found myself a bit disappointed that there wasn’t any stand-out acts. With the buzz of the first day still fresh, though, I had high hopes that I’d find something to my liking – and I wasn’t disappointed.

Walking through the gates of the festival, my friend was pulled to the side by security as a sniffer dog had lingered around him for a little bit too long. The security this year was, understandably, much stricter than last year but luckily my friend was all clean so we got through without much fuss. Unfortunately, the drug use at Parklife was still fairly prevalent, despite the new precautions in place, including an honesty box placed before the gates, but it didn’t impact our festival experience in any way. A special mention has to go out to the family of Robert Hart a year on from the tragedy, and it was heart warming to see that David Rodigan asked for a minutes silence for him, and the crowd of some 10,000 people obliged. Thankfully, this year there were few arrests, but our thoughts still go out to Robert Hart’s family. 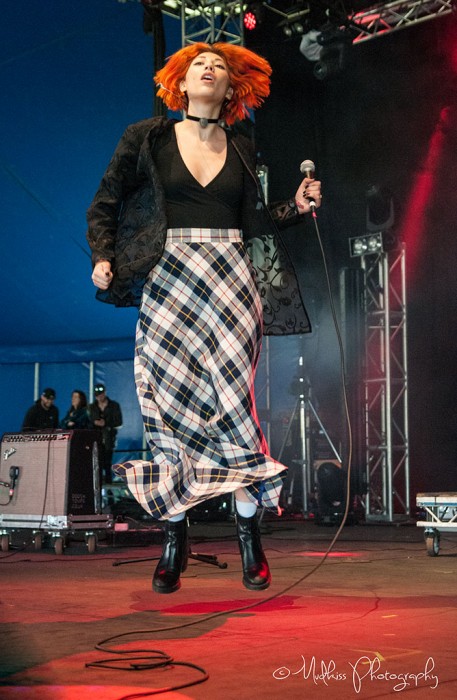 Once inside the festival, I grabbed a beer and sat on the grass near the Ram Jam stage, enjoying the sunshine and the reggae stylings of Channel One Soundsytem before my eagerly anticipated first act, BadBadNotGood. I’d heard great things about this band and particularly their live shows. Ghostface Killah even gave them a shout-out during the Wu-Tang set), but I really didn’t know what to expect before they came onstage. When three somewhat nerdy kids came onto the stage, I was even more confused, but the second they kicked into their set I knew I’d made the right decision to see them. They’re truly uncategorisable, a mixture between experimental jazz, rock and electronic music. It just worked. It’s almost impossible to explain what they were like – three musicians (and, for some songs, a tenor saxophone player) all at the top of their game and playing like their lives depended on it and loving every second. A particular highlight was their cover of TNGHT’s ‘Bugg’n’, which had the entire crowd on their feet jumping up and down. If you get the chance, just go and see them. Another hidden gem was Tei Shei, playing early on in the Sounds of the Near Future Tent to a woefully small crowd, her unique blend of shoegaze and indie pop sent the lucky few who caught her into a haze of dreamy goodness.

Next up has to be one of the highlights of the festival, the legend that is Grace Jones. Billed as Special Guest on the lineup, she lived up to that slot and then some. On at the perfect time, the middle of the day with the sun beaming down (did I mention that the weather was amazing?) she was as weird and wonderful as ever. Emerging onto the stage topless, with a skeleton painted on her body and a golden mask on her face, Grace Jones had a seemingly endless supply of costumes, changing in between every song. She had the entire crowd singing along to ‘Pull Up To The Bumper, Baby’, and at one point clambered onto a security guards shoulders and wandered the length of the pit. She hoola hooped her way through an entire song without dropping it. The 80’s icon was just pure, unadulterated fun from start to finish, and was an absolute joy to witness live. In fact, the main stage hosted plenty of fun acts this year, including the ‘Rather Be’ singer Jess Glynne and the fantastic Craig Charles’ Funk and Soul Show, both of which had the whole crowd up an boogying. 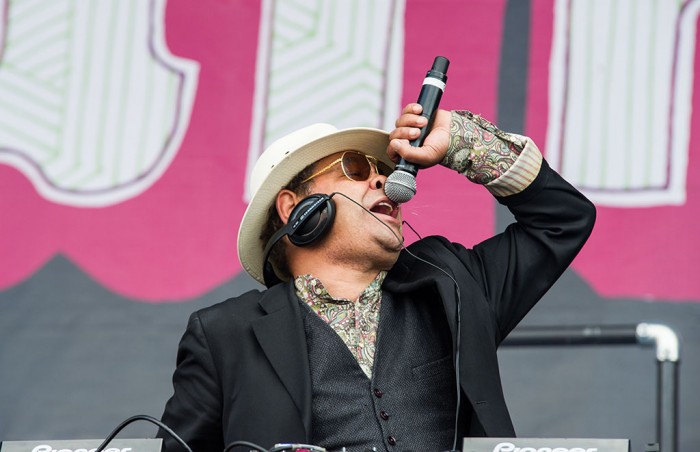 Next up was Todd Terje on the Sounds of the Near Future stage, who I was somewhat disappointed by. I’d heard rave reviews about his live shows with band The Olsens, and was pretty familiar with his material (although I only truly enjoyed ‘Inspector Norse’). Unfortunately, he didn’t really live up to the hype – the set felt a bit too long and repetitive, and since there was no crowd interaction whatsoever, I found the songs to just bleed into one another. Of course, he ended with Inspector Norse which had everyone up and dancing, sounding incredible live, but I felt like I could have just seen that one song and enjoyed myself. My friend (who’s a bigger fan than me) said that the set was actually pretty good – I guess it’s just not my kind of scene! Luckily, I managed to catch the end of Jungle‘s set on the main stage, which included their biggest singles ‘Busy Earnin’ and ‘Time’, and they had an infectious energy which made me wish I’d seen a bit more of their show. They got the whole crowd going and clearly have a blast playing live, sounding even better than they do on record. They’re playing plenty of festivals this summer, so make sure you catch them.

I never thought I’d be able to see two of the biggest hip-hop legends of all time over the course of one weekend, but Parklife proved me wrong by managing to snag both Wu-Tang on day one and Nas on day two. Even better than that, Nas was going to be playing his seminal ‘Illmatic’ in full! It was truly special, and his flow holds up just as good now as it ever did, blazing through hits like ‘NY State of Mind’ and ‘Life’s a Bitch’. He’d finished ‘Illmatic’ in just over thirty minutes, though, and dedicated the rest of his set to his extensive back catalogue, while the screens behind him on the fantastically designed Ram Jam stage played clips from his videos. It was a great show, and I would have had no qualms about him headlining the main stage, but with his set being in the middle of the day I could squeeze in even more acts, including Action Bronson, who I enjoyed while having tea (a pretty tasty pie and chips) and who knows how to work a crowd, claiming he was ‘singing his f*ckin heart out’ for highlight ‘Baby Blue’ – he was, and he knows how to spit a mean verse, too. 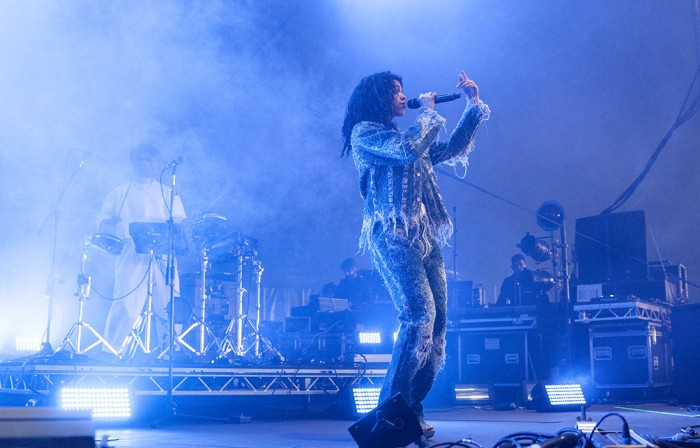 The penultimate act was the soon to be superstar FKA Twigs. Formerly a dancer, FKA Twigs has produced one of the most talked about albums of last year, and her live shows are equally revered. She lived up to the hype too, atmospheric and moody in all the right ways. She was backed by three percussionists, oddly enough, but it sounded incredible and the tent was packed to the rafters. Kicking things off with ‘Preface’, she played through most of her album including the particularly special ‘Two Weeks’, I was nicely warmed up for the headline act. 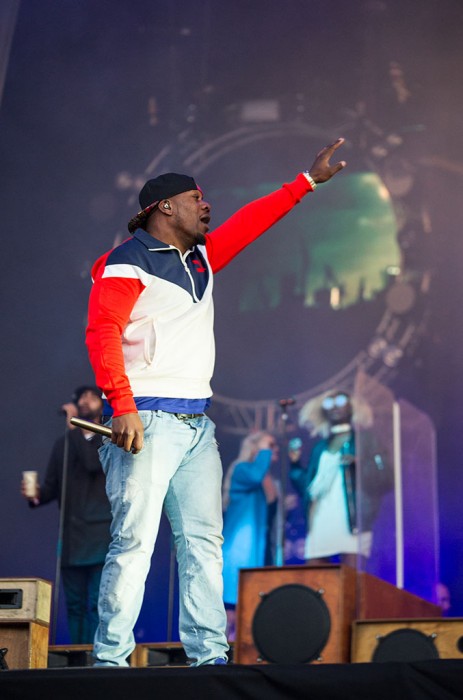 Rudimental were playing the main stage to rapturous applause for possibly one of their biggest shows yet headlining Parklife, and from the stage setup it looked like they put on a hell of a show, but I decided that I’d put off seeing Caribou for long enough now and gave them a chance. Man, did that decision pay off. I wasn’t super familiar with their material going in, and although they got off to a bit of a slow start, as the sun went down they kicked into overdrive playing a blistering set. ‘Odessa’ was a real highlight, with the multicoloured lights swirling around and the bass echoing throughout the tent, before they kicked into ‘Can’t Do Without You’ which sounded incredible live – even better than it does on record. They had one more trick up their sleeve with closer ‘Sun’, which had Dan Snaith echo the words ‘sun’ over their insanely loud electronic stylings, which had my ears ringing long into the night. It was a truly special end to a special festival, and I left exhausted and with music in my heart – which is exactly what you want from a good festival.

Also check out this photo Gallery:

Check out Day One here:

You can keep up to date with all the going’s on at Parklife headquarters on their Facebook and Twitter.