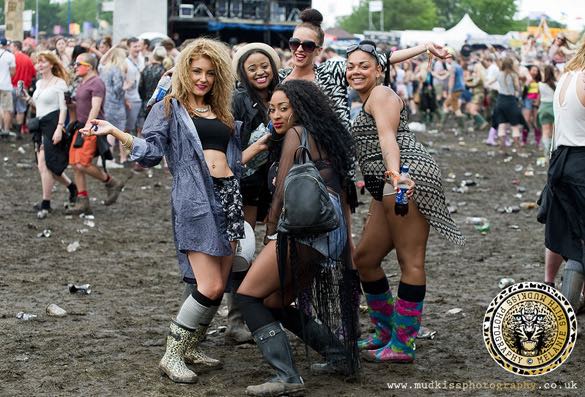 Our review of the second day of last weekends Parklife Festival, with words by James Lowther and pics by Melanie Smith, is below.

Still slightly exhausted from the night before, anticipation was incredibly high for the Sunday of Parklife. If anything, the acts playing were much more to my taste, and I found myself having to choose between difficult clashes. Luckily, the sun was shining down on Heaton Park which made a pleasant change but did nothing to alleviate the swamp-like ground.

The day started off spectacularly with Introducing: Recreate Discovery, a slightly bizarre band who recreated Daft Punk’s Discovery – one of the greatest albums of all time – with guitars, synths and even complete with robotic heads. Unfortunately, they were playing much too early for many of the Parklife pundits, many of whom must have been recovering from the night before, so they only attracted a sparse crowd. They deserved to have a slot much later in the day; I would have loved to have seen some sort of light show accompanying it. 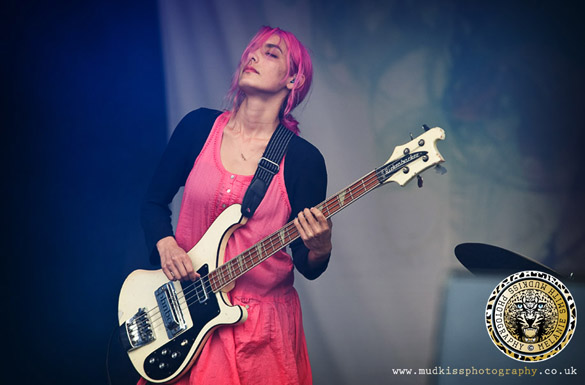 Next up I trudged through the mud to the Sounds Of The Near Future stage, where two up-and-coming acts, Jessy Lanza, a solo female artist with clear Kid A influences, with a pretty unique disco sound that has elements of post-dubstep in there for good measure and East India Youth, who showcased his James Blake-esque sound, which I loved but they both suffered terribly due to lack of a crowd. Jessy really needed to be in one of the dancier tents, but East India Youth is probably someone I’d like to see at his own gig, his voice was stellar and his style upbeat and catchy. I cut him off short to check out Pusha T, with Parklife yet again proving that hip-hop is alive and thriving, and can command huge crowds. Stood on a platform watching the chaos unfold, the crowd were pretty much in the palm of his hand as Pusha blazed through his album ‘My Name Is My Name’. 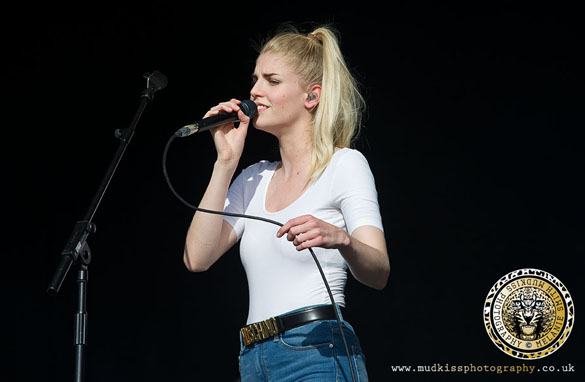 During my jaunts to the more obscure acts at the festival, there was a lot of action on the main stage where Mel was taking pictures of some of the bigger attractions, such as mainstream solo artist Sam Smith, who scored a big hit with the young women at the front. I did my best to catch glimpses of everyone from Ella Eyre’s unmistakable lion’s mane of hair accompanied her bouncing poppy beats, whilst later on, colourful girl band Warpaint impressed with their loud L.A rock sound. But Pusha T left me craving some more hip-hop sensibilities, so I left the main-stage in pursuit of something that would really get my blood pumping. 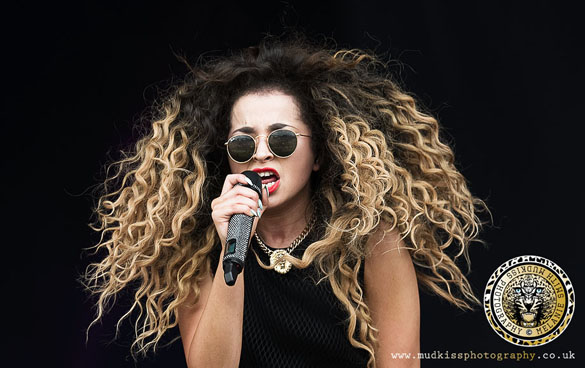 And Danny Brown was the man for that. He delivered an incredible performance, armed with a Ramones t-shirt and backed by an incredibly enthusiastic DJ, he had the crowd bouncing up and down from start to finish. Yet over on the main stage things remained relatively ‘clean’, with the likes of Clean Bandit and London Grammar respectively drawing huge crowds, but not doing particularly much to enthuse me. The crowd exploded for Clean Bandit’s hit ‘Rather Be’ and London Grammar soothed, sounding not unlike the XX at parts, but neither wowed me in the way that the more aggressive acts of the day did. It probably didn’t help that the rain was starting to rear its ugly head either… 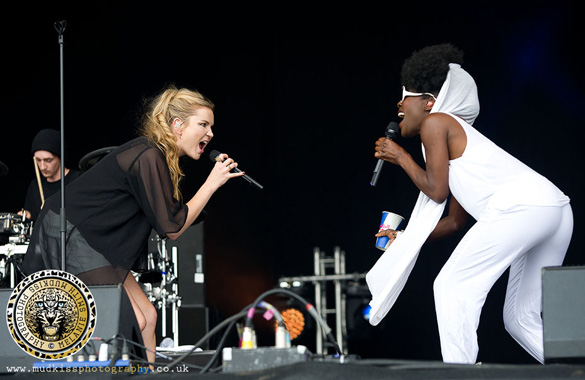 Like Saturday, Parklife again saved the best till last. For my final few acts I chose Public Enemy, SBTRKT and Foals (Sorry Bastille fans, but one of the highlights of the festival for me was not seeing Dan Smith and his gang, although I’ve heard that he put on an energetic performance…)

Public Enemy, if anything, were the highlight of my whole weekend. The pioneers of hip-hop exploded onto the stage, a ball of energy that you couldn’t help but be drawn into. The entire crowd was bouncing along the entire time, and even a couple of technical issues could not detract from the experience. Flavor Flav and Chuck D had the crowd in the palm of their hand and were quick to remind us that hip-hop is very much alive and well. I raced over to the Sounds of the Near Future Wave again, managing to catch Jamie XX’s excellent ‘You’ve Got The Love Remix’ before SBTRKT’s jerky electronic music gave me the chance to wind down before Foals. I’d been a huge fan of SBTRKT’s album, ‘From Arctic to Alpine’, and live each track was delivered with the precision that I would expect, but with the added bonus of a giant inflatable dog draped over the stage, adding a touch of surrealism to the whole ordeal. It was ambient, atmospheric and danceable, you couldn’t ask for much more (and also he wears a pretty sweet mask). 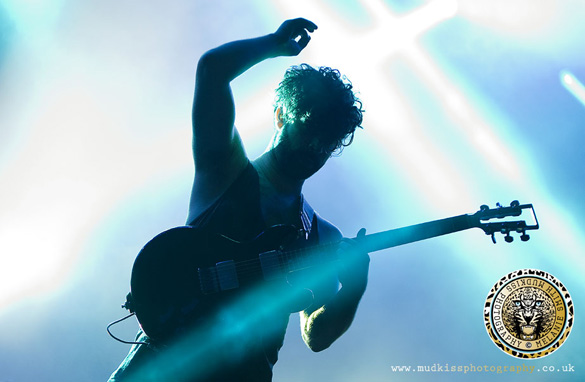 And then it was Foals. This was a band that I’d been meaning to see for the last couple of years, but for some reason or other always missed out on. After watching videos of them online, I honestly wasn’t expecting too much. Yannis’ voice sounded incredibly shaky, and everything seemed slightly out of time. But if that was the case then, they’ve definitely had time to polish up their act and I really couldn’t have asked for a better headliner. Emerging through the smoke and scarily impressive light show onto the stage for first track ‘Prelude’, there wasn’t really a way that they could have upped the anticipation any more. And after that, it was a barrage of raw energy, ferociousness and a killer sound to boot. As expected, ‘Inhaler’ proved to be the biggest hit of the night, with the entire crowd screaming back every word, although a special mention has to be given to ‘Late Night’, a slow building epic of a song which sent shivers down my spine. It was a pretty stark contrast to the rest of the dance-heavy festival, and I’m sure a rather large portion of the festival goers were off dancing to Disclosure, but I’m really glad I gave Foals the chance to prove me wrong. They were ace, and I left feeling absolutely exhausted and euphoric.

But, unfortunately, it wasn’t all fun and games for some, others weren’t so lucky. It seems a shame to end this review on such a dark note, but a man lost his life at the festival due to a vicious assault and there were several other instances of violent behaviour across the weekend. If you have any information, please go to police – but, importantly, let this tragedy be a reminder to be safe and to look after yourself and those around you. We go to festivals for the music, not for violence, and I send my condolences to Robert Hart’s family.

All words by James Lowther and all photos by Melanie Smith whose website is here: mudkissphotography.co.uk,