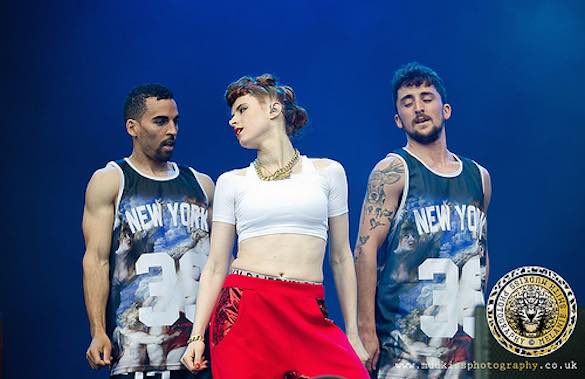 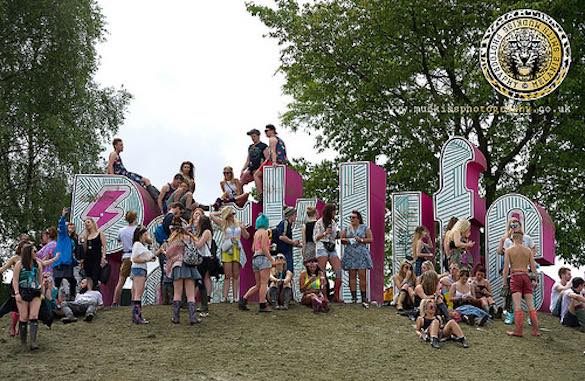 Louder Than War were at last weekends Parklife Festival with both a writer (James Lowther) and a photographer (Melanie Smith) on site. Their collective review of day one is below.

Like many others, when I looked out of the window on Saturday morning I was very disheartened to find rain stretching as far as the eye could see. But grabbing my wellies I hoped for the best – and Parklife delivered. It was a celebration of Manchester in many ways – perhaps not the music per se, but the atmosphere, the people and the food all oozed with the charm that you can only really get in Manchester, and it was all the better for it.

Arriving at the festival, there was still a hefty queue at Heaton Park. The VIP entrance was flooded, but after trudging through the mud and the rain we were greeted by a big wheel and a pretty spectacular main stage. By 12pm there were only a handful of people at the festival and the acts were still setting up. It was time to check through the stage times and plan out the day. 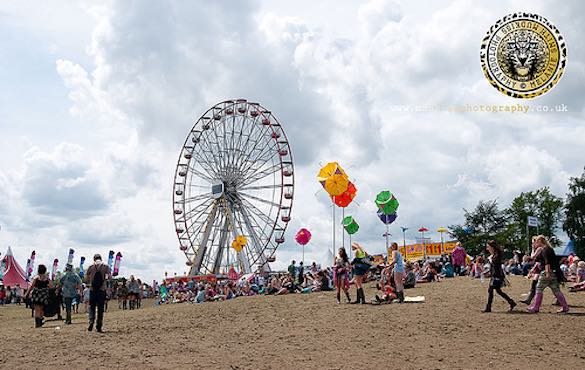 The acts were well organised, there was no shortage of things to see and do. First on my list was Childhood, but unfortunately they had to pull out due to transport issues. So Plan B was to wait and see Submotion Orchestra, a sort of somberly ambient electronic outfit – not exactly the sort of music that helps lift your spirits when it’s pouring it down, but they were decent and had an almost James Bond theme-esque sound. They played in the Now Wave tent, and a few acts that I’d thought would have gotten tiny crowds ended up being hugely popular, if only to escape from the rain. It was during their set that I realised just how varied Parklife actually was. There were always things going on, from Hula-Hooping girls to African tribal masks and music. At one point in the day, Dynamo the magician appeared in the photo pit and started taking selfies with members of the crowd, they were all making the most of this. 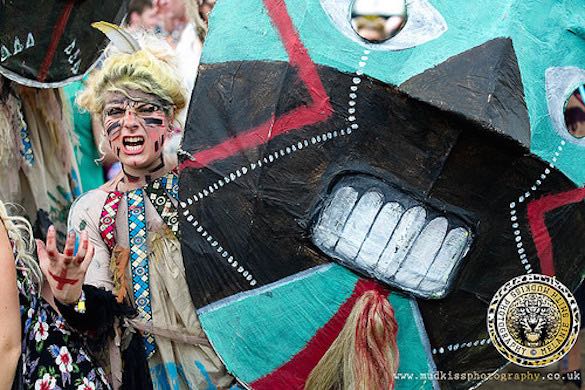 After they finished, catching the end of Raleigh Ritchie’s set was a bit of a treat, he ended on his recent hit Bloodsport (Not to be confused with Drenge) which was far more upbeat and energetic live, playing ahead of one of my most eagerly anticipated acts, Bipolar Sunshine. The ex-Kid British frontman was on top form, delighting the crowd with his unique style, and he commanded the stage well, encouraging loads of interaction. I’d definitely see him again. 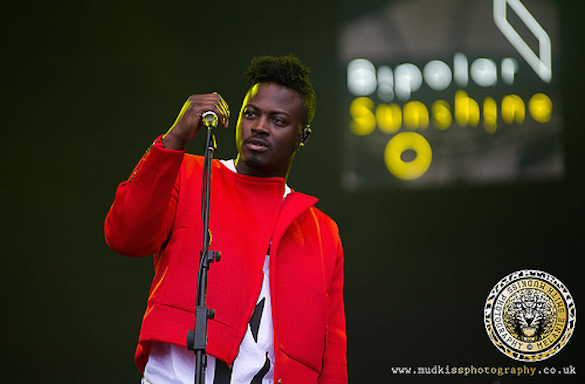 Electronic music and DJ’s tend to take centre stage at the festival and there’s a huge emphasis on them – it’s definitely not a bad thing, but it’s a genre I’m unfamiliar with. I checked out Factory Floor, who I’d heard great things about, but was let down by the lack of enthusiasm from the crowd and Gold Panda, who was energetic enough and got the crowd moving, but not as much as I would have thought. Exploring around these stages – the Red Bull Stage and The Temple stage commanded pretty big crowds who were definitely into whoever was on at the time.

I saw a couple of gems on the Main Stage later in the day too. I caught a huge crowd rushing towards the stage for a woman I had heard of, a Canadian by the name of Keisza, who had a huge hit with a song called Hideaway, which sounded pleasant enough in a chart pop way, the set was lively and very entertaining.

George Ezra took to the stage later on, and by that point I had resigned myself to the fact I’d have to swim home. But lo and behold, the sun broke through the clouds and the crowd erupted in cheers. It was a great accompaniment to George, a young lad who I expect to be at least as big as Jake Bugg. A great unique voice, reminiscent of Johnny Cash in some ways, but upbeat and capable of really pumping up the crowd. Katy B, too, surprised me just how well she owned the stage, dancing around with her fiery red hair and playing hit after hit. Even if I wasn’t particularly fond of her music, the bass of On A Mission took me back to house parties of my younger days, and the crowd ate it up. 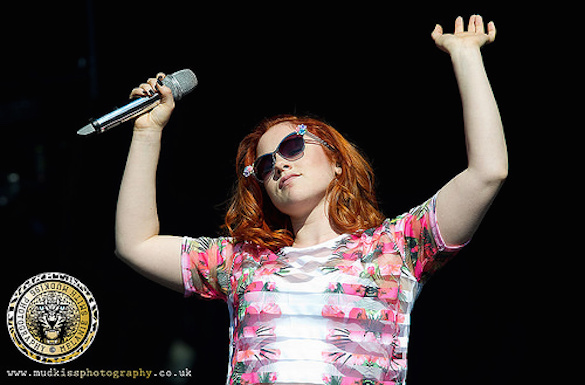 If anything, the final few acts of the day were undeniably my favourites. Starting things off were Chromeo, a Daft Punk sounding electronic outfit complete with chrome guitars and synths atop ladies mannequin legs, who were incredibly catchy and had the whole crowd bouncing to Jealous (I Ain’t With It) and who put on a pretty spectacular light show. Next was A$AP Rocky, arguably the main event at the Now Stage, who was a late replacement for Kendrick Lamar (him being missing still left a bitter taste in my mouth). But he surprised nonetheless with an incredibly highly energised live show, with many shouts of turn it up!, to which the crowd obliged. Smoke billowed from the stage as he stomped about the stage to his hit Fuckin Problems . Mel meanwhile was busy capturing a few others, such as DJ Annie Mac and bands such as the delightful Foxes, and the fun loving chart toppers Rudimental. 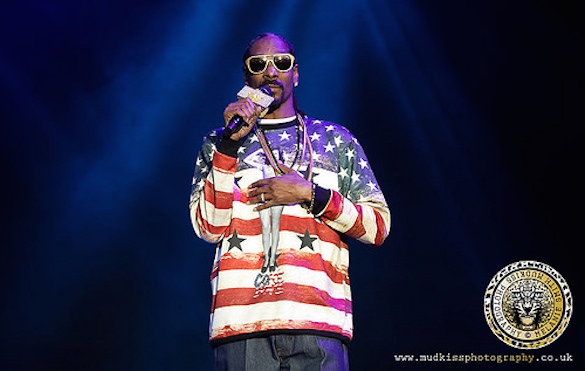 It was time for the main event. Snoop Dogg drew a respectable crowd, but not a massive crowd (Although there was a Warehouse Project event going on a different stage, which I imagine drew a hefty crowd). He swaggered onto the stage 10 minutes late, and despite some technical difficulties with both the background display and the sound, he was on top form. He really couldn’t be faulted. He stormed through a barrage of hits, from his early days with Dr.Dre to his later collaborations with Katy Perry (California Gurls) and Jason Derulo (Wiggle). DJ Khaled’s All I Do Is Win proved to be hugely popular (Perhaps in part to Emma Stone’s recent rendition of it…) and he surprised us with a couple of incredibly bizarre covers, I Love Rock N Roll’ and Jump Around. His crowd interaction was minimal, which perhaps only added to his aura of coolness, and he ended on a crowd pleasing sing-a-long of Young, Wild and Free and ending on a cover of Bob Marley’s Jammin. If anything, it was pretty emotional and there was the sense that he was truly glad to be there. I left on a high, trudged through the mud, but eagerly anticipating tomorrow.

All words by James Lowther and all photos by Melanie Smith whose website is here: mudkissphotography.co.uk,