Home Music Reviews Live Reviews Pariso: Nothing Beyond Everything After – album review 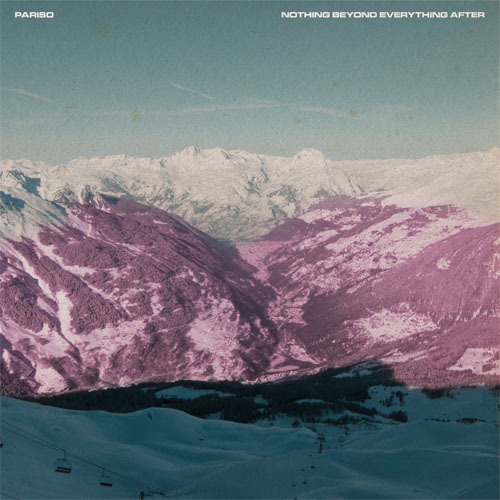 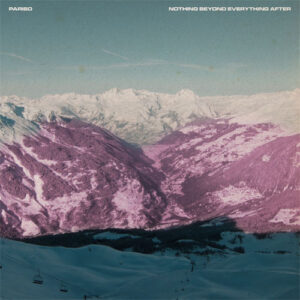 The new album from Tangled Talk recording stars Pariso is already a classic of it’s kind despite only being released a week ago. Below we tell you why you should get hold of a copy asap.

Dudes, you really need to get into Pariso. Ideally you needed to have gotten into them from at least last year when they were releasing shed loads of material on formats weird, wonderful & archaic, but I accept that if you missed the boat then you’ve kind of blown it as regards doing that. So if you aren’t already on board with these guys I guess you should just get into them from today. And when i say today I do of course mean right now. Seriously, go to their Bandcamp now, buy Nothing Beyond Everything After, start playing it pretty loud, reflect on it for moment, ignore the urge to go cower under your bed, then come back & finish off reading this. Want something to convince you I is talking the truth? Then watch this, it was the first single off of this album & is called The Huntsmen:

What did I tell ya? Minds blown? I should think so. Now read on.

It’s records like this make you miss Peel even more. He’d be all over these guys in a way that you just know 6music with it’s ‘festive fifty lite’ playlist never will be. Remember how Peel introduced us all to Heresy, Electro Hippies, Extreme Noise Terror & Napalm Death? He’d have done the same with Pariso & made sure genre’s like “power violence” & hashtags like #ukswell were known to everyone with an interest in embracing new & exciting movements in music, irrespective of genre or what’s cool or what the blogs are telling us to listen to.

Almost exclusively Nothing Beyond Everything is a fearful, powerful, driving record, one that rarely lets up. There is, however, one glaringly obvious exception to this & it’s the title track. Here Pariso show us there’s rather more to them than just the full on unremitting terror of the rest of the album. There’s been a trend of late for punk / hardcore bands to have a go at rendering one of their more well know tunes in the style of a noodly acoustic number. As a general rule of thumb I tend to grind my teeth when subjected to these songs & mutter something along the lines of “if i want to listen to some quiet acoustic number I’d go dig out some Woody fecking Guthrie”. However Nothing Beyond Everything proves an the exception to that rule. Usually the reason acoustic numbers work under these circumstances (if they do at all) is because it’s a break from the relentless grind of the rest of the record, and although to an extent this is the case with Nothing Beyond Everything After it also works when isolated as a single piece of music taken out of context of the album in general. You don’t need to be battered into submission with a 15 minute stream of full on hardcore to enjoy it. It’s a curiosity as it doesn’t conform to the usual stereotype of these quieter acoustic numbers. Rather than being one dude an a guitar it’s an almost ethereal ballad of all things, with two vocalists, one singing softly (and well) the other mutedly, emotionally & softly shouting / talking, all other some rather lovely acoustic guitar work. Listen here:

That track aside the rest of the album blisters & bruises. To the untrained ear (and probably to the trained ear on first listening) there’s way to much going on to realise all the subtleties of the record. Like most of the best records ever released it holds back a lot of its treasures for you to only find on repeated listens. On it’s first run through it’s crushing intensity will be all you’re aware of. However in time you’ll start noticing the cleverness of this record, the nuanced & frequent changes of pace, the way the churning power gives way to sludgy drones followed by intricate riffs followed by quieter reflective moments.

Prior to the official release of the album Pariso dropped the track below as a free download. It’s still up there for anyone to grab so I’d suggest you send your mates the link to download the track. Take it from me, they’ll thank you.

If you need any more proof of how good these guys are then you need to catch them in real life – it’s where they excel. If you think their recorded sound takes no prisoners wait till you see them live. They’re touring with America’s Weekend Nachos in a few weeks & I’ll be very surprised if it isn’t in my list of this years top 10 gigs of the year. Following the disapointing absence of any such bands in my top 10 gigs of last year this year is looking like being the opposite. These are great times to be a fan of hardcore folks, great times & bands like Pariso with records like this are deffo leading the way.

All words Guy Manchester. More words by Guy can be read here.. He tweets as @guidoman & uses Tumblr.