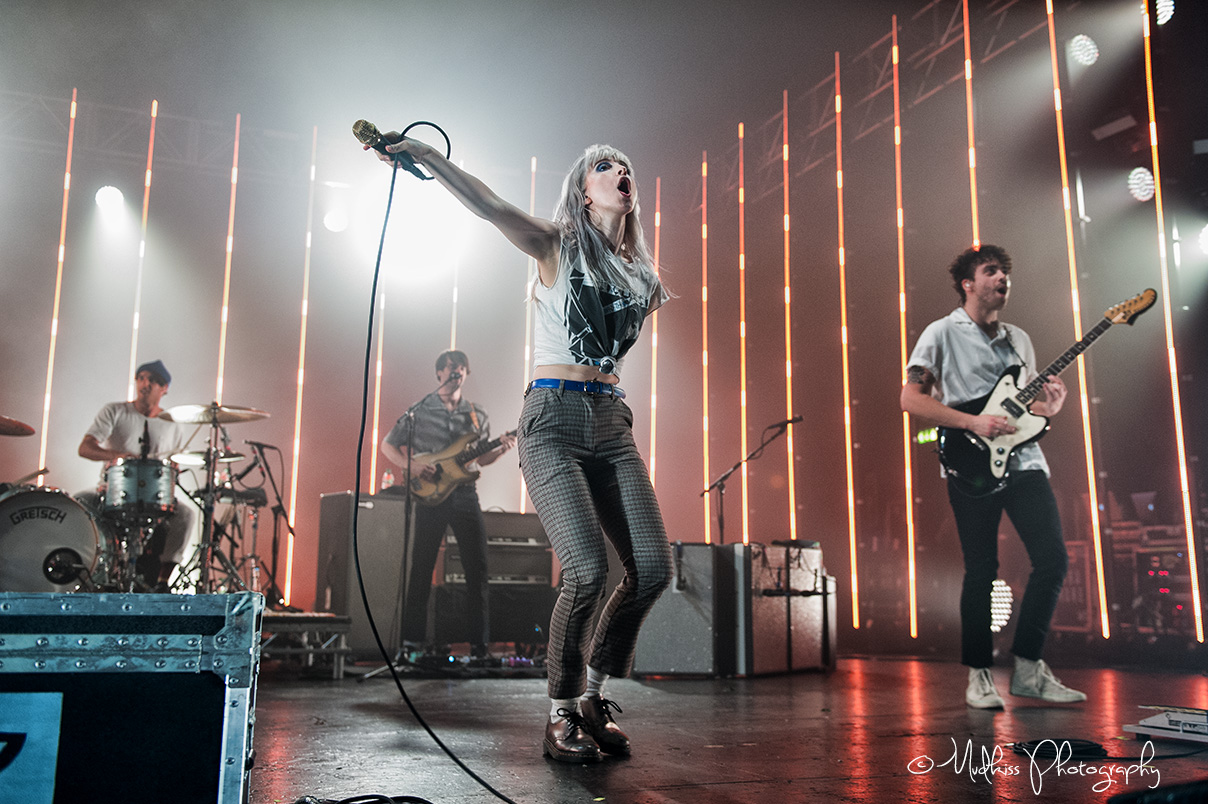 Photographer Melanie Smith went along to capture American rock band Paramore at the sold out show in Manchester, in support of their latest release ‘After Laughter’, which has received critical acclaim in the press. It is the bands fifth studio album which has seen them put a pop twist on their sound, with influences from the 80’s.

It’s been a while since they visited the UK, and the anticipated and excitement was high from the morning of the show as a raft of fans queued outside in the baking hot sun hoping for the top spot at the rails. Yet a few of those later suffered even before the main band came on, as they appeared to be experiencing hydration to the point of almost passing out. Yes it was really, really hot.

First on stage was the fantastic Bleached band, a great opening act and certainly one to watch out for. Once Paramore started no-one was disappointed, from the word go it was all action and the crowd went wild as singer Hayley Williams sporting a siouxsie & the Banshees T shirt spun around the stage and guitarist Taylor York and drummer Zac Farro gave their all in a high powered performance in the sweltering venue. Wish you were here, I bet you do! 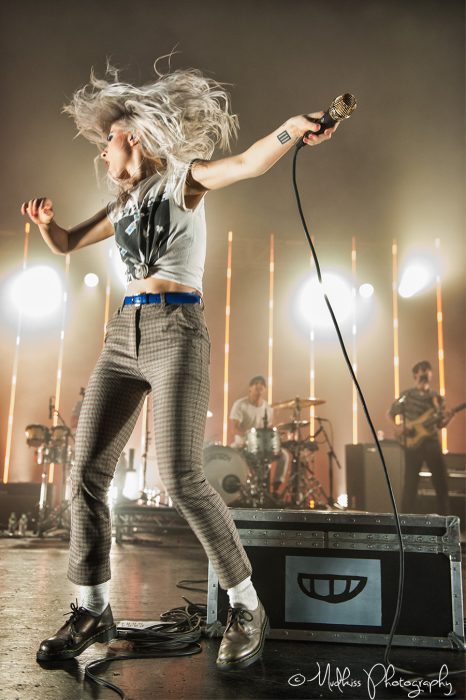 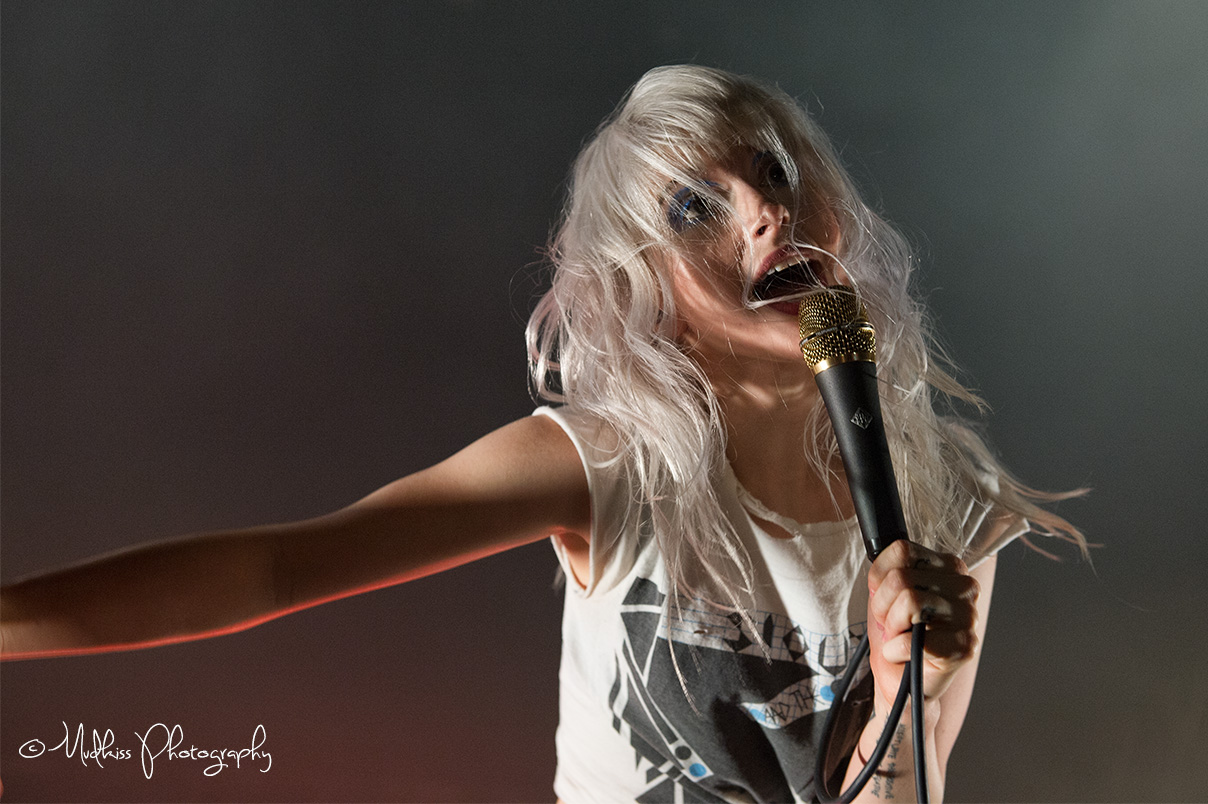 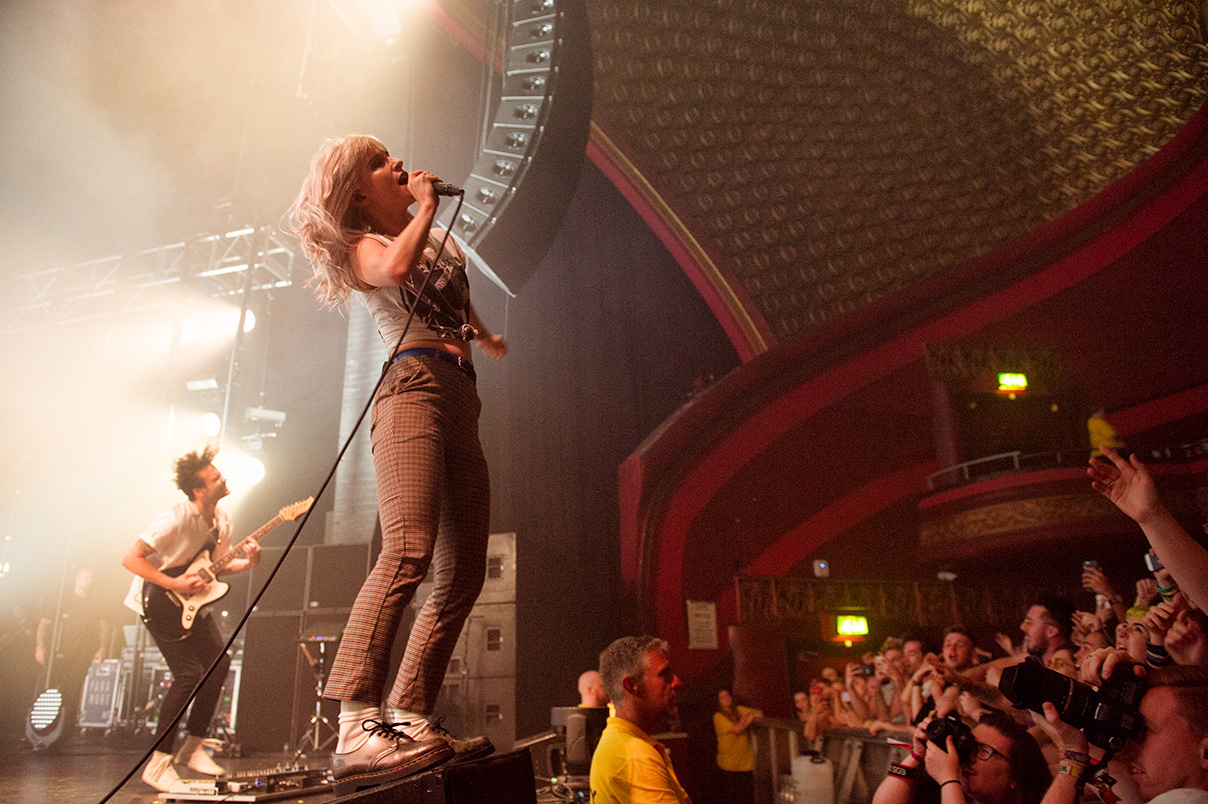 Please note: Use of these images in any form is illegal, they are NOT to be shared on social media due to copyright. Please contact mel@mudkissphotography.co.uk if you wish to discuss anything about the images.

Forgiveness
Scooby’s in the Back
Hard Times