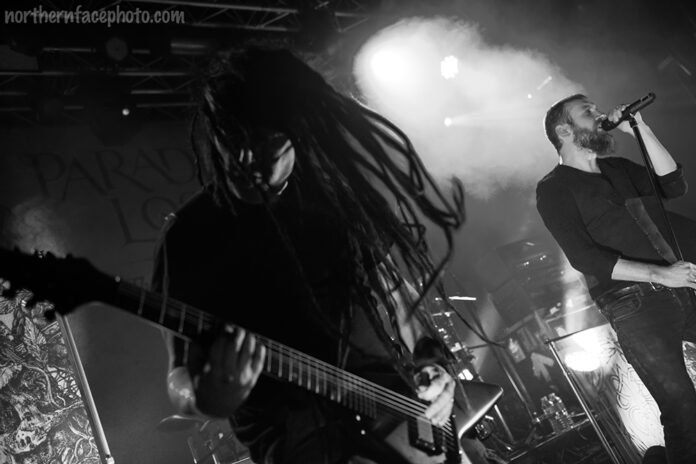 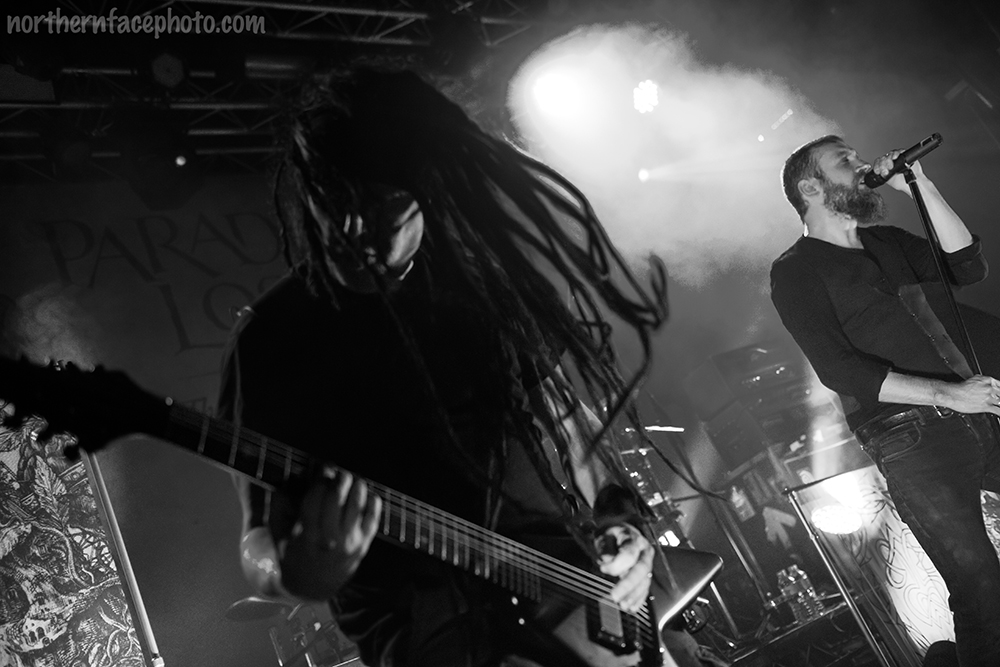 Paradise Lost descended upon Manchester on Wednesday night – Nigel Carr and Dave Gleave were in attendance for Louder and War.

In a night of doom, death and metal mayhem Sweden’s Tribulation opened for the headliners to a dedicated crowd of metalheads – Motorhead and Slipknot T shirts, ripped jeans, a plethora of leather, black jeans, shorts, Converse, long hair and heavy boots.

Formed in 2005 and releasing their first album The Horror in 2009 Tribulation are here to rip through their new album The Children Of The Night and like many Swedish metal groups offer more depth to their music. There’s more melody than most pure death metal bands, their sound is more expansive, more immersive with immense convoluted soundscapes nailed in to place by Johannes Andersson’s gritty death growl. They ended their set with their trademark Star Spangled banner style anthem. 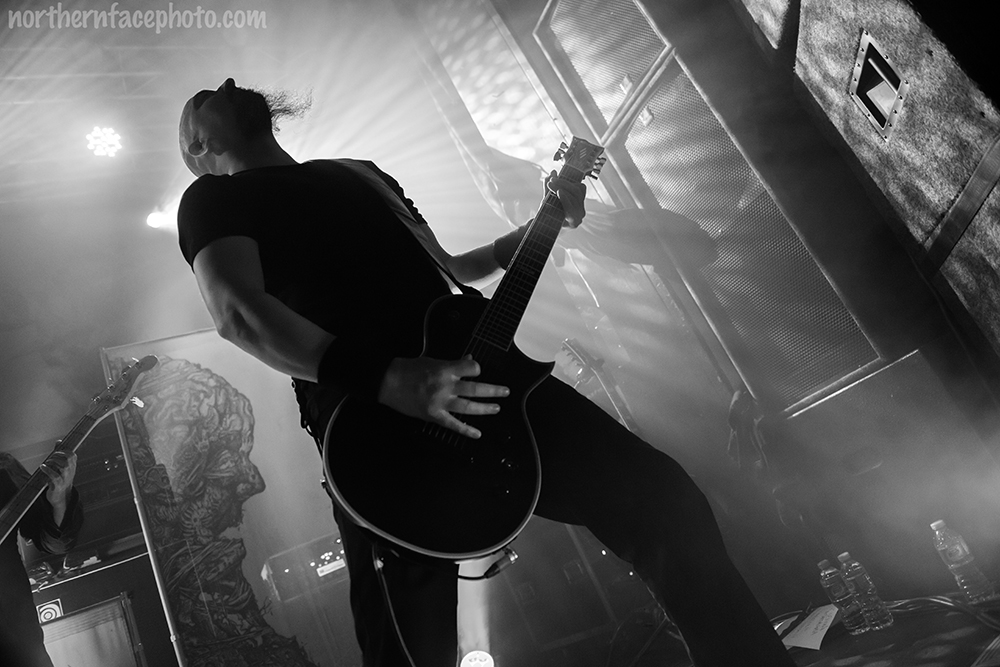 With a history spanning back to 1989, Paradise Lost from Halifax have had a long and varied career from their original Doom Metal sound, through Death and straight Heavy Metal – they even went through a semi-electronic phase with with the introduction of keyboards pushing them in the uncomfortable direction of mid-era Depeche Mode.

Tonight they are back on form doing what they are good at mixing their trademark, atmospheric doom laden sound with its associated themes of death, horror and darkness with straight heavy metal because basically, they can. In a career spanning performance which unearths classic tracks like Gothic from 1990’s Widow album and the slow grinding build of Enchantment from 1995’s Draconian Times, they pepper the performance with tracks off new album, The Plague Within.

There seems to be a plague theme running at the moment – I saw Wednesday 13 covering similar ground at Club Academy earlier on in the year, although with tongues firmly pushed in cheeks – Paradise Lost play it like they mean it with a thunderously loud performance massively filling this packed auditorium. 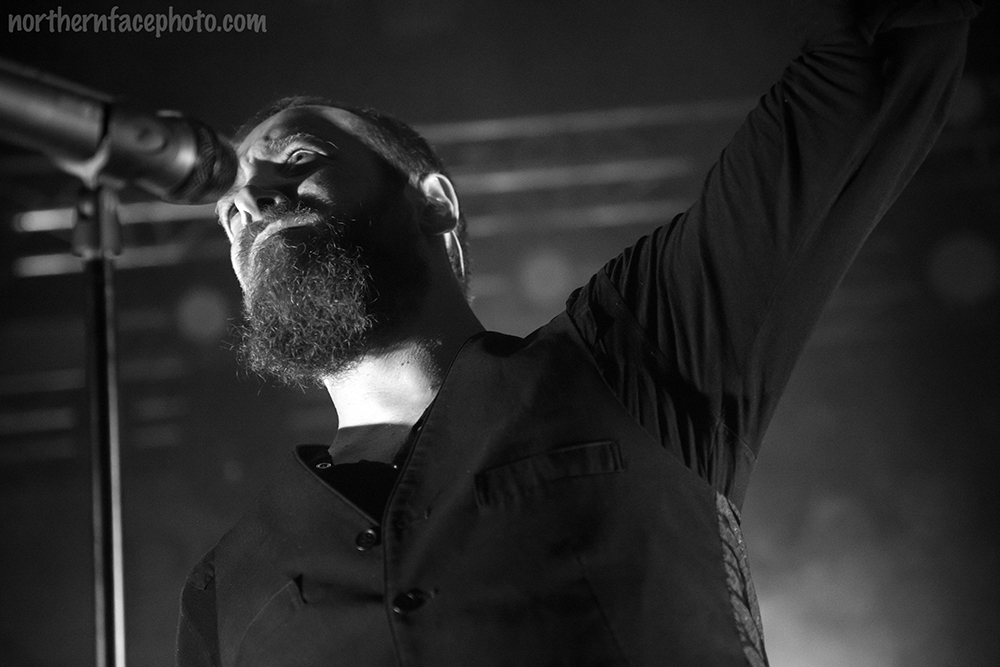 They close the performance with the huge, atmospheric Requiem before bursting back with an encore which includes Faith Divides Us and the piano lead Say Just Words from the One Second Album.

Paradise Lost nailed it tonight, explosive at times with almost moving, anthemic orchestral pieces breaking in to enormous, pounding heavy metal which lead man Nick Holmes spewed, alternating between growl and classic style vocal, from the stage. There is a reason they have been around for so long – tight, loud and polished.

Paradise Lost ended the UK leg of their current tour at Koko in London before moving on to Europe, starting in Cologne, Germany on the 5th of October. You can find their website here. And you can also find them on Facebook  and Twitter.