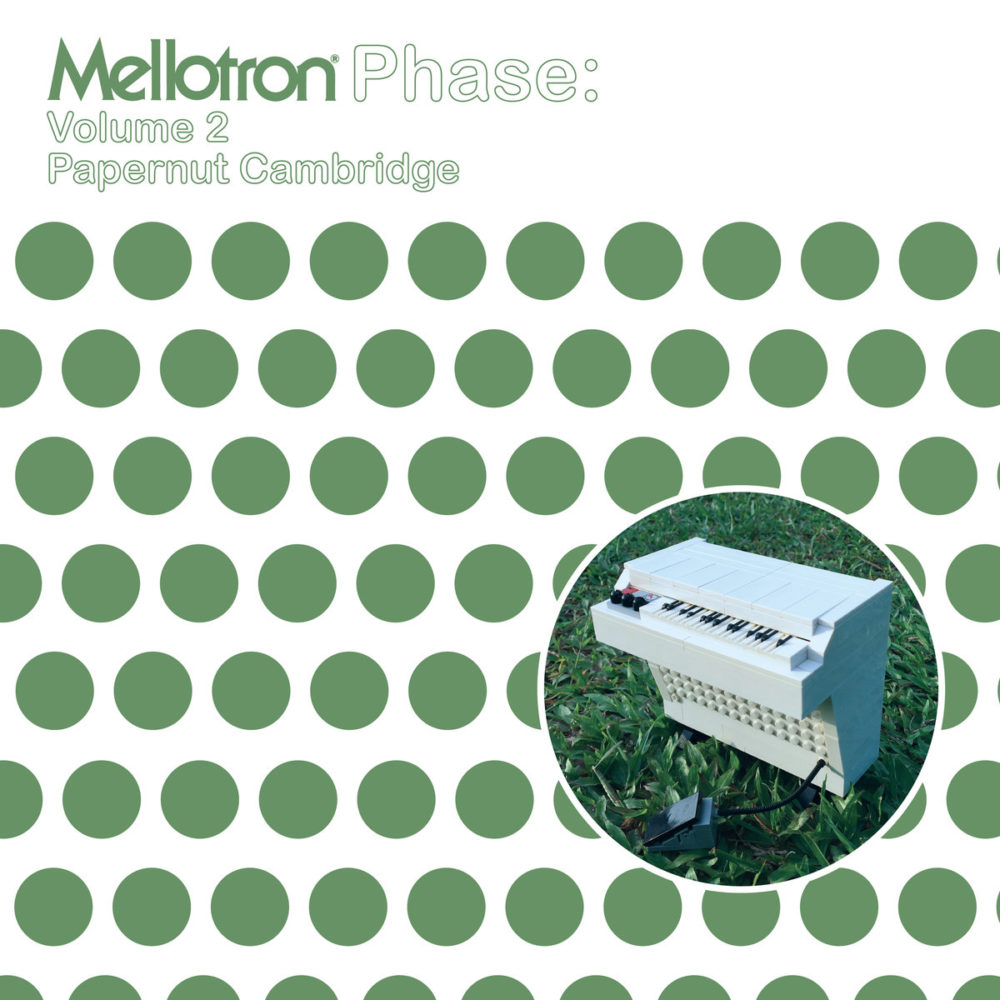 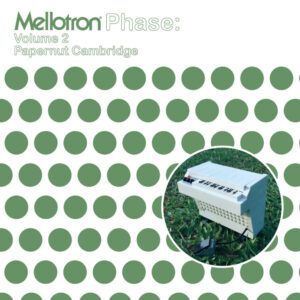 The second album released this year by Papernut Cambridge. Hot on the heels of the fantastic Outstairs Instairs, Mellotron Phase Volume 2 is an adventurous instrumental exploration into the wondrous world of the Mellotron, in turn also hot on the heels of its predecessor, last year’s Mellotron Phase Volume 1. Both volumes are now also released on a single CD, as well as being available individually on 10” vinyl.

Earlier this year we asked the question “Just who are Papernut Cambridge and why must you dig them?” A question which we also answered in an interview with chief Papernut, Ian Button, formerly of Thrashing Doves and Death in Vegas and he who produced former Felt legend Lawrence’s band, Go-Kart Mozart’s recent LP, Mozart’s Mini-Mart.

OK, so now without insulting the reader: what is the Mellotron and why must you dig it? Well… you know the intro in Strawberry Fields by The Beatles? That’s a Mellotron. It’s a keyboard invented in the 60s, and is an early form of sampler, but using actual tape loops rather than digital sound.

So… Papernut Cambridge (in league with library music company Ravenwood) deliver a second instalment to their incredible Mellotron Phase 10” released last year, with instrumental explorations using this wondrous instrument. And it’s quite an adventure; so many different styles and tempos, all manner of melodies and moods and feelings, all captured across its 10 tracks. For the full effect you need to also hear both volumes, which they have also made available on one CD.

At no point do you ever get the sense that they’ve exhausted the Mellotron theme: far from it! High levels of creativity and adventures in sound run throughout both of these superbly composed and arranged albums. You’ve got cosmic space psych, a marching band on acid, slinky 60s swinging London grooves, spy thriller action scenes and so much more. You can listen to these tracks over and over again and never get bored: there’s always something new you didn’t hear last time and your imagination is free to roam.

Mellotron Phase is available to buy on Bandcamp