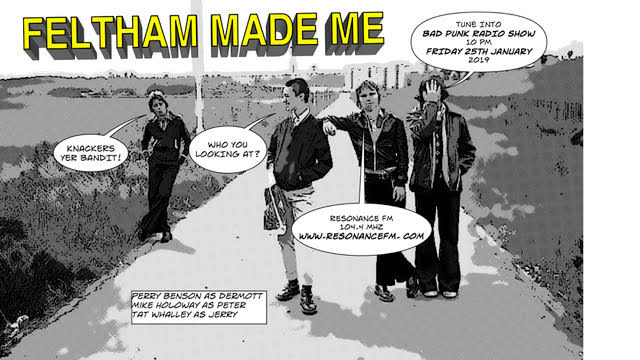 Resonance FM broadcasts on 104.4 FM to central London and on www.resonancefm.com

Author/writer Paolo Sedazzari’s book ‘Feltham Made Me’ has been adapted into a new radio-play & can be heard this coming Friday/10pm on RESONANCE FM.

The book’s release, which was featured in LTW.com this time last year, is the oral history novel of three friends whose characters were forged on the playing fields of Feltham School. From the school-yard and street corners to fashion/clothes, punk/acid house and the other stand out moments within youth culture around that time. But just as importantly it’s about the relationships and interaction between this gang of 3 lads making their way through it all, and a whole lot more.

click here for ‘Feltham Made Me‘ review, & interview with the author

The play is to be presented in two parts by RESONANCE FM at 10 pm on the ‘BAD PUNK SHOW’ on Friday the 25th January and Friday 1st February, and features the voice acting talents of – 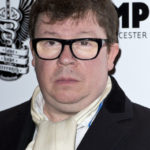 Described by The Guardian as “the best radio station in London” Resonance FM broadcasts on 104.4 FM to central London and on www.resonancefm.com to the rest of the world – look out for ‘Feltham Made Me’ at the end of the month.