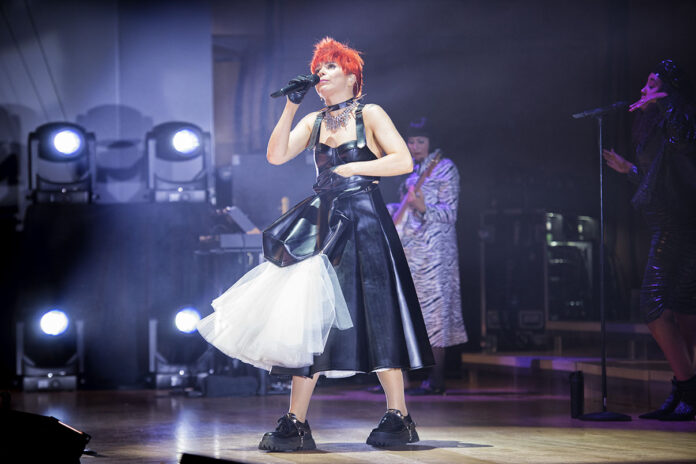 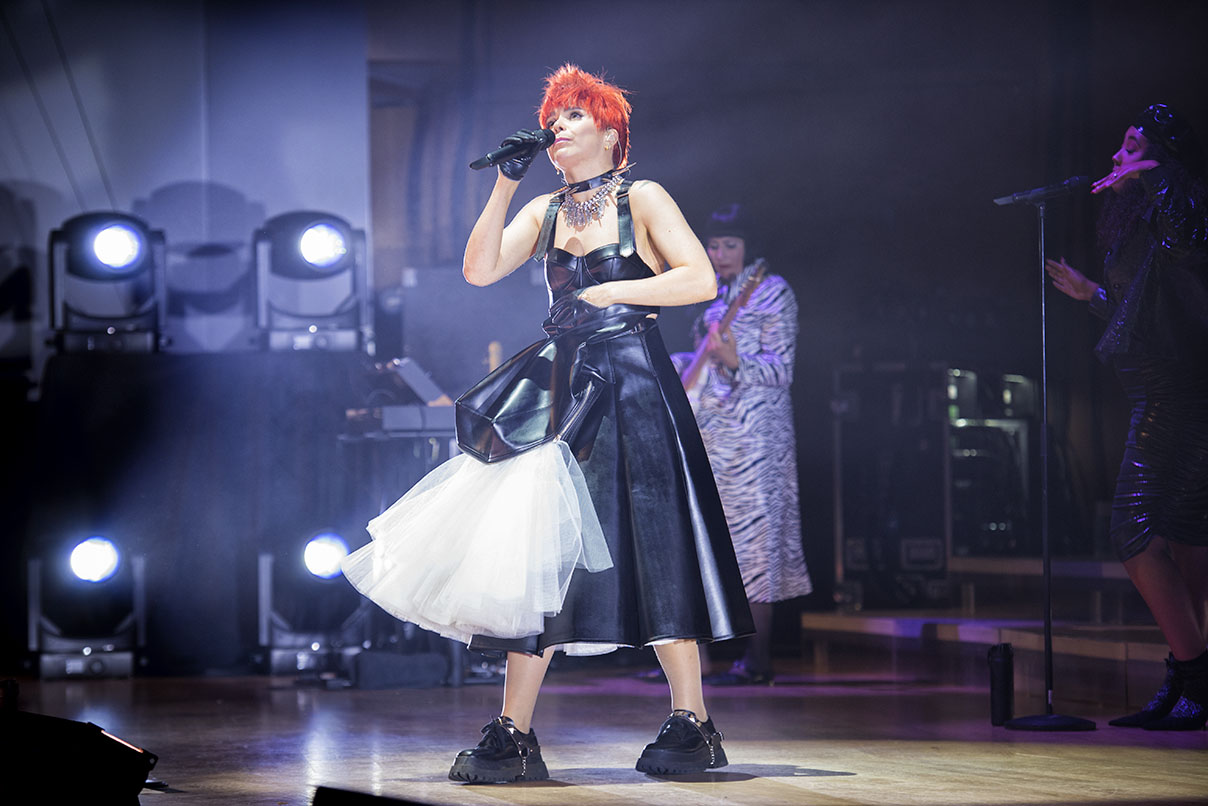 The past year has been a busy one for Paloma Faith, not only did she give birth to her second child but she also released her 5th album ‘Infinite things’. She is currently touring the UK and Louder Than War’s Martin Mathews and photographer Melanie Smith were at the first of her two shows at Manchester’s Bridgewater Hall.

I must admit I am a massive fan of Paloma Faith. I first saw her performing at the Ruby Lounge, Manchester back in 2009 and I haven’t missed a tour since and I love the latest album, so I was excited to see this brought to life. However, with the news on social media that Paloma had laryngitis which had forced the cancellation of an earlier show in Edinburgh, it was a nervous day of will she won’t she cancel and would her voice be ok if the show went ahead. The show did indeed go ahead and having not spoken for 48 hours on Doctors orders Paloma’s voice was back and sounding as good as ever. 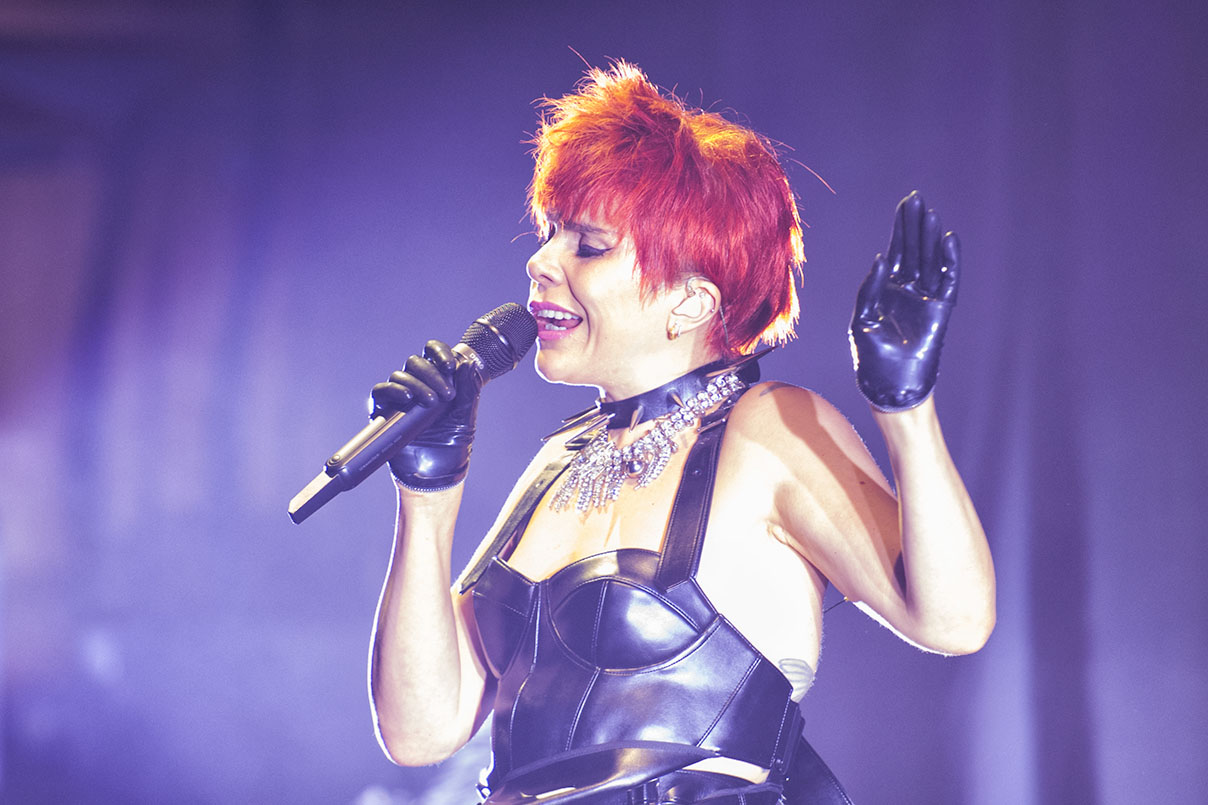 The show opened with Last Night On Earth from her latest album, which she went on to describe as being her favourite from all her albums and the only one she would have bought herself. Paloma asked us all to think of this night as being our last night on earth asking us to sing along and dance like no one was watching and referencing the difficulty of the past two years she urged us all to “live in the now”. A powerful performance of the recent single Gold followed and between songs Paloma engaged with the audience in her usual characteristic way. She is genuinely funny, warm, sassy and opinionated. “For anyone that bought my first album this one is for you” she said before performing her debut album’s title track Do You Want the Truth or Something Beautiful. Infinite Things was described by Paloma as being an apology letter to her children for the current state of the world. The show took a dramatic turn with the epic Guilty which showcased the talent of the band, Paloma and the backing vocalists and also the outstanding acoustics in the venue, it was like coming face to face with a wall of sound and was a personal highlight of the show.

“I’m a bit of a cockney and we like to sing songs around the old Joanna.” Paloma said before launching into a medley of her older songs alongside her female crew on backing vocals, these included her debut single Stone Cold Sober. An audience singalong version of ‘Upside Down’ and ‘Stargazer’ which she explained has never been performed live before and was the favourite of the late great Prince who had bought her debut album and she dedicated that song to him. The dancing continued for the next few uptempo songs before Paloma told us a story of being unexpectedly asked to perform on stage in front of 40000 people singing with her idol Chaka Khan. This led into a performance of the anthemic classic I’m Every Woman. 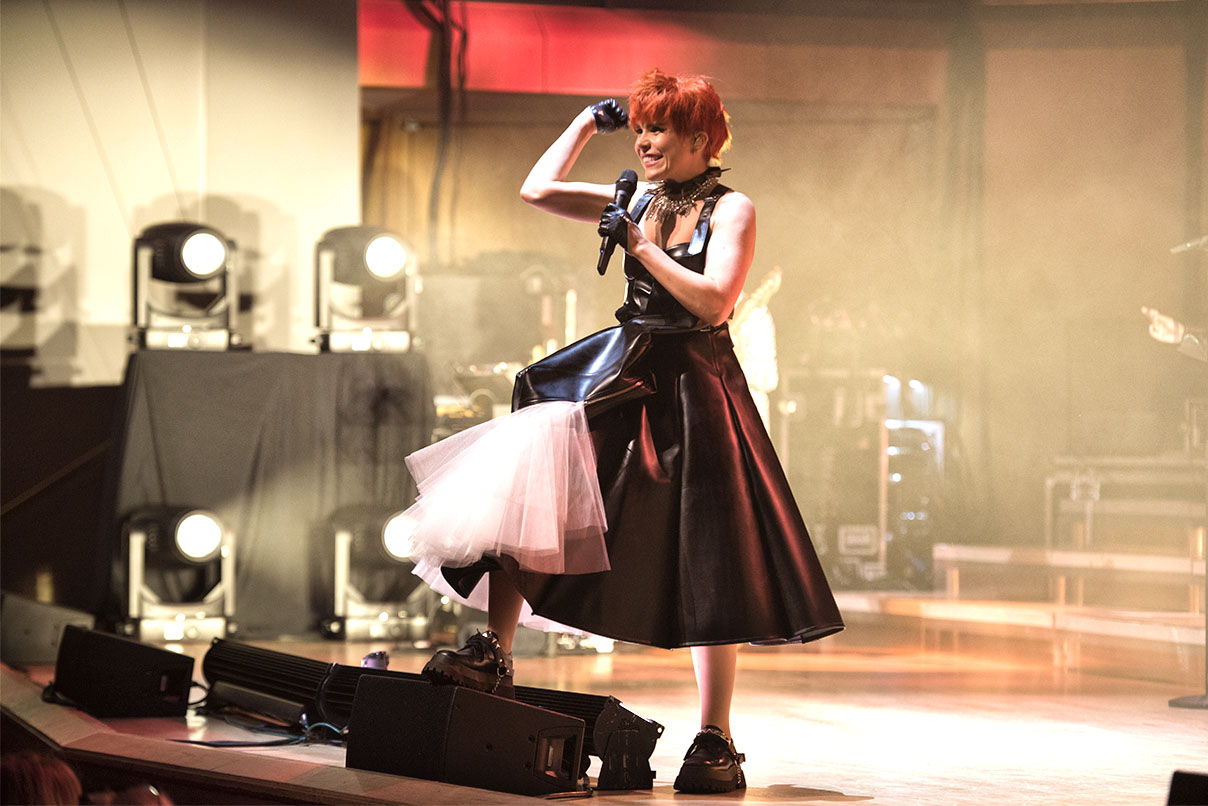 The main set finished off perfectly with If This is Goodbye – a deeply personal song written about the current situation we all find ourselves living with and the ongoing effects of the COVID pandemic. As the show drew to a close she told us that she would be back if we shouted loud enough, the audience had no issue with this. She returned to the stage for a three-song encore, although it was technically three and a half as she had made an alteration to the setlist that day and messed up Better than this so stopped and started the song again.

If Paloma was struggling with her voice it didn’t show, she sounded amazing, her voice is powerful and distinctive, it really comes into its own when she performs live. The smaller venue of the Bridgewater Hall gave this show a more intimate feel compared to previous tours when she’s played huge venues like the Manchester Arena and it was great to hear her performing songs that spanned her complete career.

This was a fantastic show, full of fun and laughter, singing and dancing. If this had been my last night on earth I can’t think of a better way to spend it and a better person to spend it with, thank you Paloma!

Last Night on Earth
Gold
Crybaby
Do You Want the Truth or Something Beautiful
Infinite Things
Guilty
Beautiful & Damned
Medley – Stone Cold Sober/ Stargazer/Upside Down/ 30 Minute Love Affair/New York
Picking Up the Pieces
Monster
Can’t Rely on You
I’m Every Woman (cover)
Changing
If This is Goodbye
Encore: Better Than this |Lullaby | Only Love Can Hurt Like This