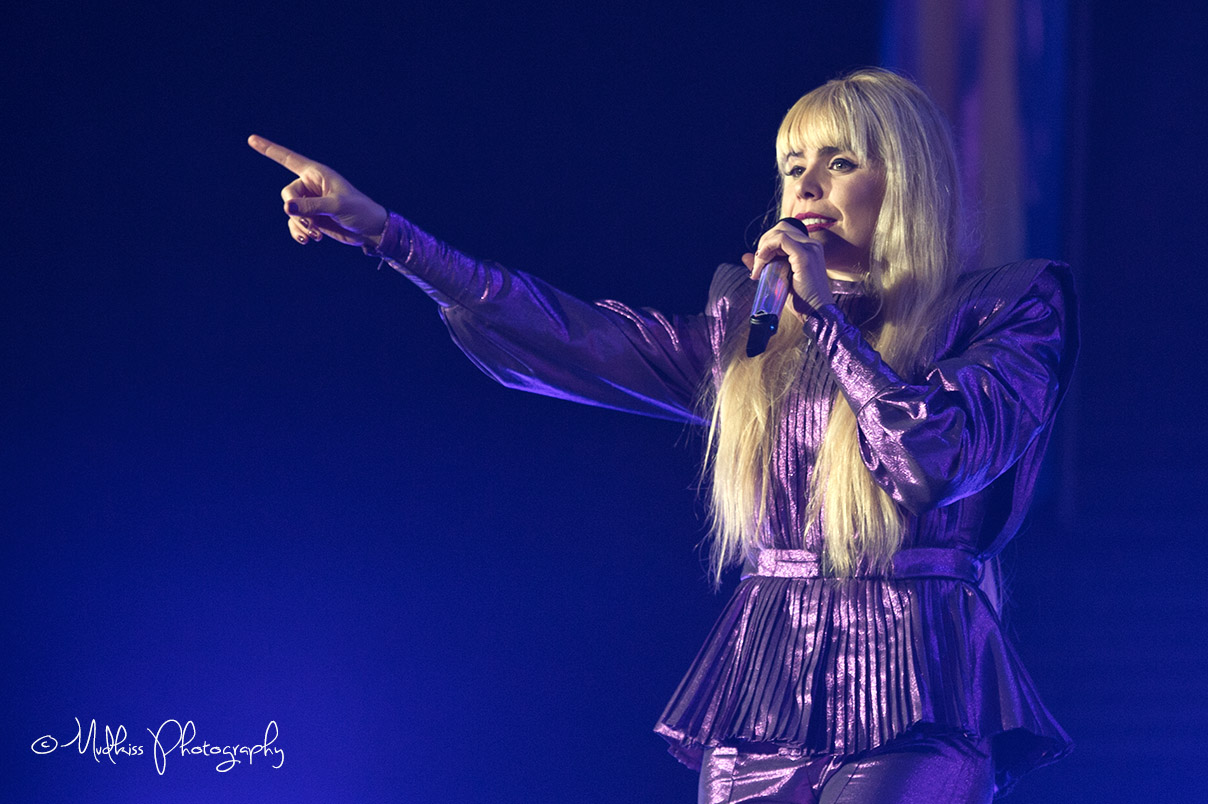 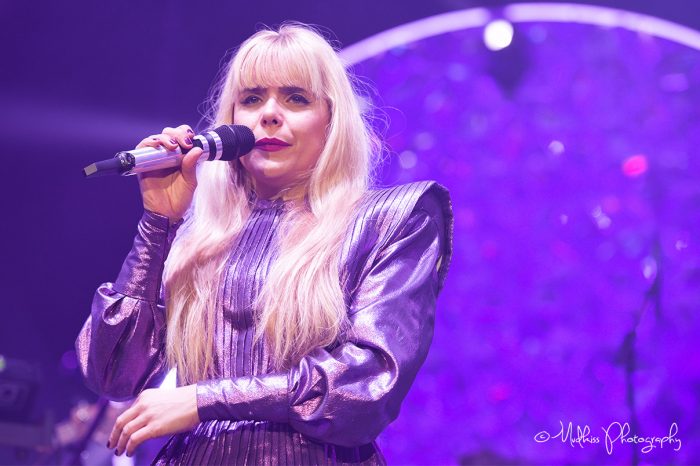 
Rewind to 2009 when I first saw Paloma in an intimate venue, complete with what resembled a lampshade on her head, her voice oozed warmth, full of wit, personality and her ability to tell stories with her music captivated me right from the start. Fast forward to 2018 and she has 4 huge hit albums behind her, number one singles and the shows have progressed into big, slick arena spectacles.

The birth of her first child delayed the release of new music for a while, however her return was very much welcomed and in support of this she has taken her number one album “The Architect” on the road.

The show opened with a futuristic hologram style stage set with a 5-piece band, 3 backing vocalists and the booming voice of Samuel L Jackson on “Evolution” the albums opening track. Paloma appeared in a metallic purple outfit and sparkly platform ankle boots at the rear of the stage. She launched into “The Architect” and descended an illuminated staircase to the audience’s rapturous applause. 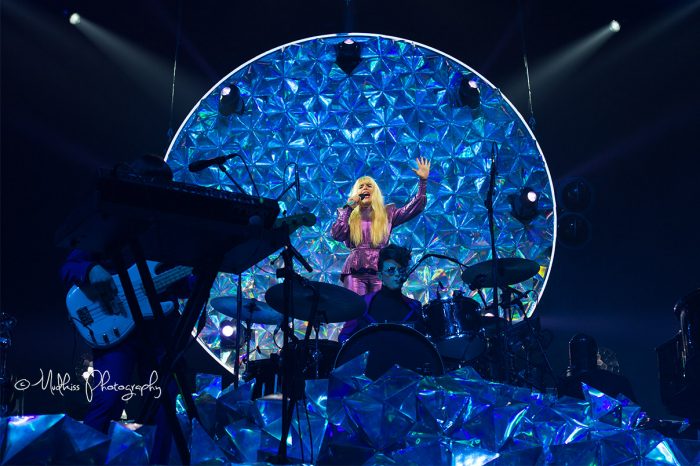 Recent singles “Cry baby” and “Guilty” followed before Paloma took a moment to comment on the terror attack that took place at the Arena last year. In between songs Paloma entertained the audience with tales of her life, touching on subjects like motherhood, relationships, her post baby weight (“I put on three stone, I lost some and kept some as a souvenir”) and politics which are all subjects that are clearly close to her heart and have influenced songs on the new album such as “My body” and “WW3”. 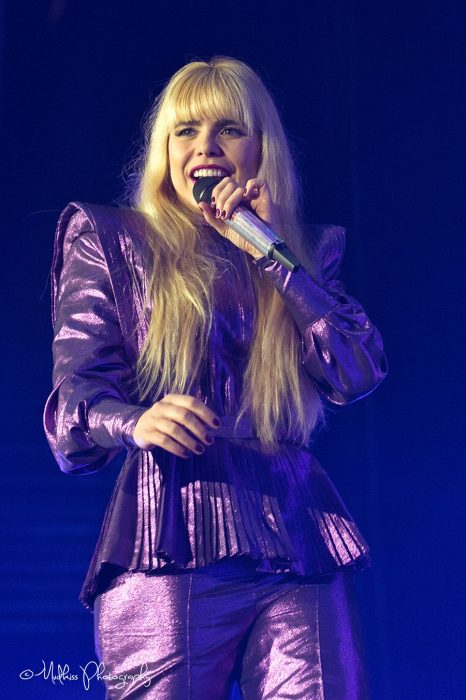 As expected the set list was very album heavy,  B.B. Bones from her band took the place of John Legend on the duet “I’ll be Gentle”. A few tracks from her back catalogue like mega hit “Picking up the pieces” where she did a walkabout through the crowd and expressed how she likes to come out and meet people. Also included in the set – the beautiful “Just be” (a personal favourite of mine) from the album “Fall to Grace” as well as “Can’t rely on you” from 2014’s “A perfect contradiction”.   Things really started to heat up with her current single with Sigala “Lullaby”, “Till I’m done” and the chart-topping dance hit “Changing” ensuring the arena was on its feet and dancing before Paloma and band left the stage.

Returning with a three song encore including “Only love can hurt like this” (which was for me the highlight of the show) before ending with a mass singalong to “Love me as I am” before leaving the stage and the lights came up bringing a great show to an end.

Paloma truly shone, her vocals were amazing despite her admission of being full of a cold and only having had two hours sleep, telling the audience that “you can’t call in sick when you are a popstar”, she danced and interacted with her band and the crowd were clearly having a great time. My only criticism is that having been a fan from the very beginning I would have loved a few more of the older songs with the kooky Paloma from way back resurfacing a little, but it was a fantastic extravaganza of a show and just what I needed tonight, like Paloma said “Manchester, you made a really crap day wonderful”.

Premiere! Tulipomania: Double A Side: ‘Who Let You Know’, ‘Don’t Be...