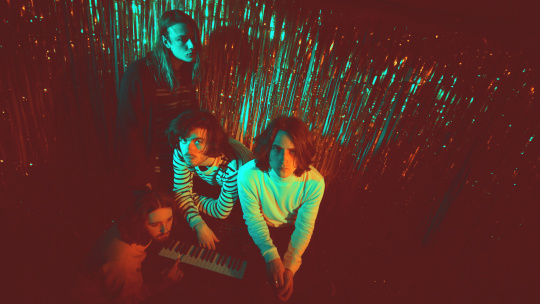 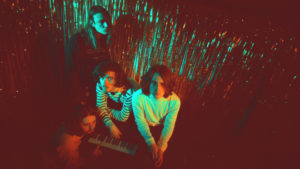 Palm Honey – You stole my blackout

With a funky riff running throughout, Palm Honey’s new single is catchy as hell. With its ethereal keyboards and psychedelic groove, this Reading four piece could be accused of living in the past (or the early 90s at least). But there is something infectious about this twisting mass of sound that engages you all the way throughout until the final noisy cacophony of a finish.

Palm Honey are certainly in the realms of early Charlatans with their big swirling keyboards and laconic vocals, but there is also an MGMT and Tame Impalaness to them which brings them bang up to date.

Apparently their live shows have been creating a bit of a buzz around the UK and with support slots with YUK and The Vryll Society, they are definitely in good company. And with a BBC Introducing headline gig in Reading on the 15th June, Palm Honey must surely be coming to a blissed out sunny festival anytime soon. Nice