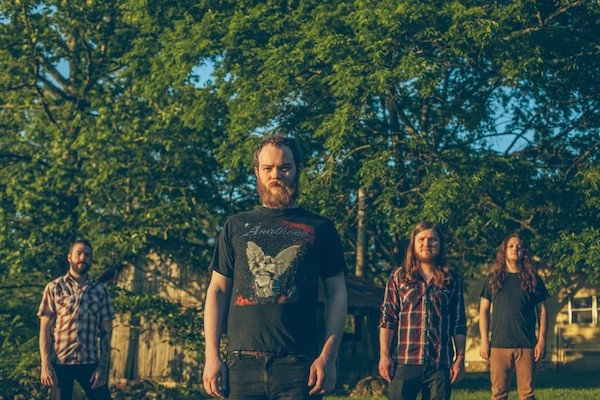 Full details about Pallbearer’s upcoming UK tour – plus a stream of their latest video – below.

This coming Sunday at roughly 7:30pm the brilliant Arkansas doom metal band Pallbearer will be officially starting their UK tour with a set on the main stage of Temples Festival (arguably THE music event of 2015) in Bristol.

They’ll be setting the scene for none other than Louder Than War faves Earth to close said festival, straight after which they’ll be heading to Glasgow, Brum and London on a short, four leg UK tour which forms part of a larger EU one.

Reviewing Pallbearer’s momentous and broad of scope and deep of, er, depth, 2014 album Foundations of Burden (the eagerly awaited follow up to their well received debut album Sorrow & Extinction) for Louder Than War Dom Walsh said…

“…Pallbearer have delivered a superb doom metal album. Littered with fine melodies and subtle hints of light, this record is by no means soft. There are many moments across the sprawling tracks that are as hard as nails, which will allow the band to appeal to many more metal fans than just the doom metal fraternity. Across the piece there is a certain transcendence that makes this album one of 2014’s must listens; and as for those lofty expectations…consider them suitably met.”

…so to say we’re a little excited for this tour is an understatement of the largest order!

Other than at Temples the band are headlining all club shows with London’s long-form sludgers Bast as main support.