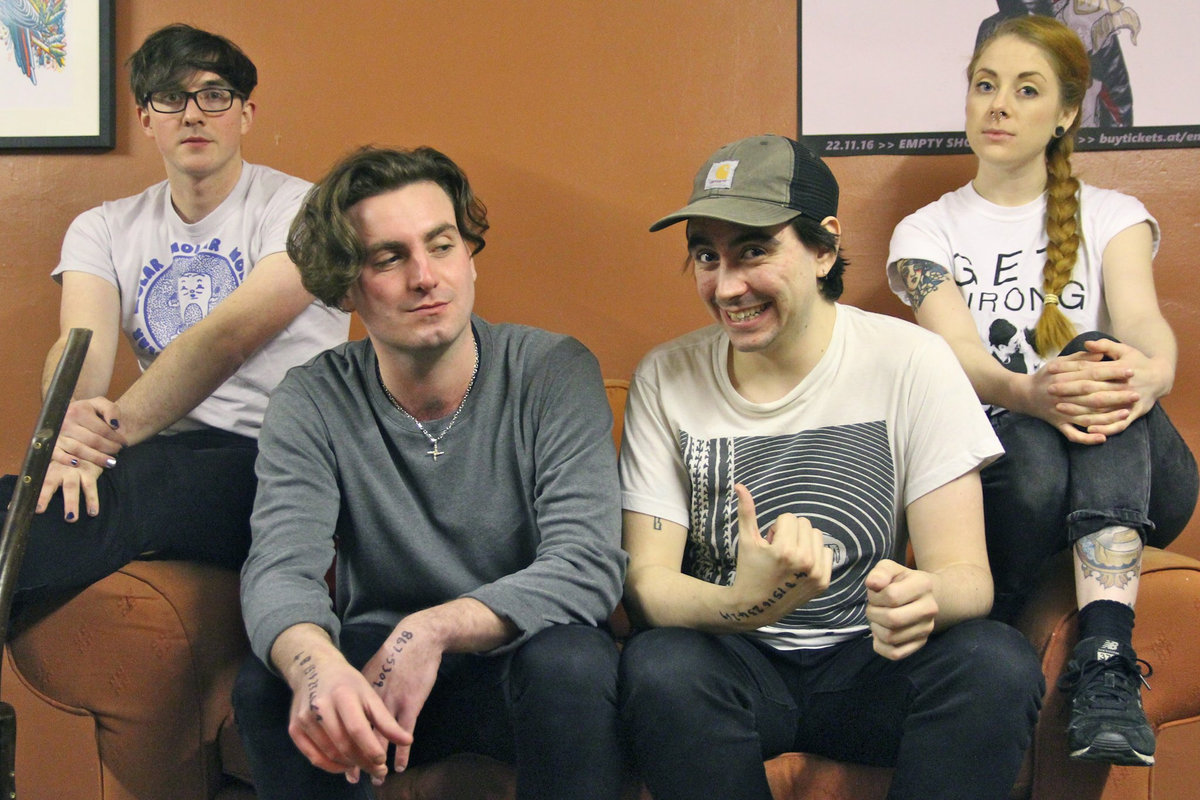 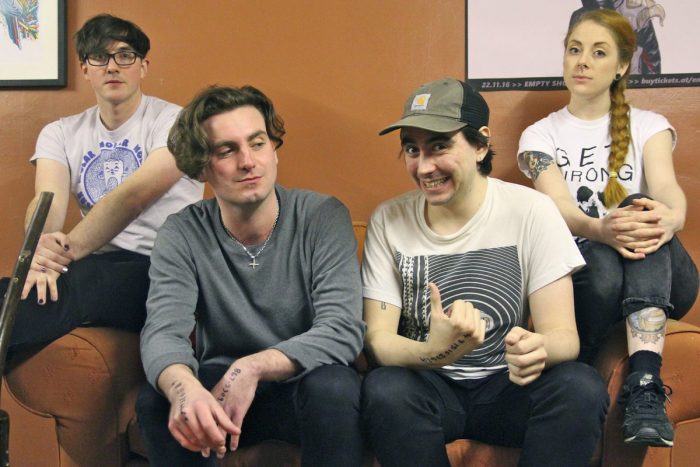 Durham’s Pale Kids are about to release their EP Holy Mess via Frux Tapes and Drunken Sailor and today they’re sharing the video for The Binder’s Chills exclusively with LTW.

With a gloriously upbeat melody this is a catchy slice of garage pop. The band say of the track, “The song is about a fictional illness called The Binder’s Chills from a book series called The Kingkiller Chronicles by Patrick Rothfuss.

“The lyrics deal with the idea of skipping school to read fantasy books as a method for dealing with anxiety.”

Formed early in 2016 the Durham four-piece have a no-nonsense attitude and a sound reminiscent of late ’70s punk and exuberant but seriously-minded garage pop. They describe themselves as singing “about anxiety, alcohol-dependency and being queer”.

Pale Kids Holy Mess EP is released on 7 April 2017 via Frux Tapes and Drunken Sailor as a 7″ and download – get it here. Find the band on Bandcamp, Facebook and Twitter.