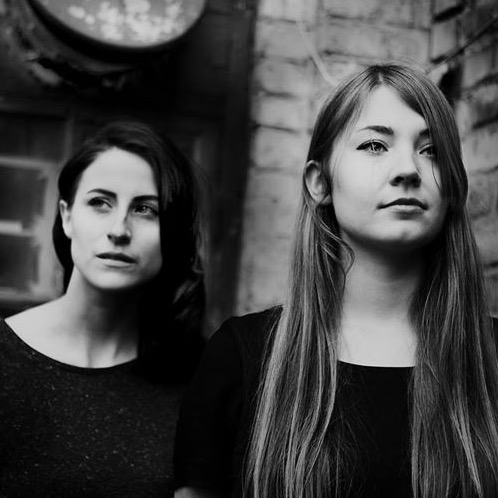 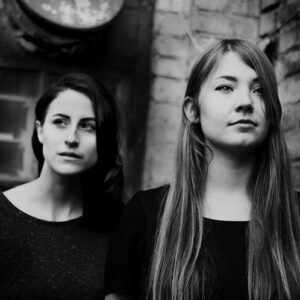 This Swedish duo have created an album that spontaneously combusts at will, the barrages of noise are cut with the languid vocal stylings of Tova Lodmark making for an incredibly interesting listen.

Pale Honey are a new duo from Gothenburg, Sweden, with a debut EP under their belt they unleashed the incredible “Youth”, which is the prelude to their fantastic self-titled debut. “Youth” fools you into thinking it’s a stripped back slice of indie electro, yet this duo are quick to unleash their guitar prowess as the track shreds its way through with wonderfully heavy riffs.

They intersperse it with some calmer elements, yet the intensity never relinquishes and the same can be said to the rest of the album. Opener “Over Your Head” is a little more direct, yet still not relinquishing the intensity, it sets the scene for the upcoming onslaught.

“Fish” on the other hands is a barrage of noise that sees the duo shift around with their sound. Yet the majority of this track is fixated on the heavier end and what a track it is. “Pale Honey” sets their stall out early on with an incredible barrage of light and shade.

In the mêlée of this insane barrage of noise and frenzy, singer Tuva remains nonchalant, her vocal never altering despite the contrasting musical styles. It’s hard to comprehend especially in tracks like “Lonesome”, where everything again seems to be even heavier. As the cymbals crash and the brooding guitars preside over this provocative slab of indie rock, it’s almost as if Tuva is once again unperturbed by her surroundings, but that simply is not the case.

They’re relentless with their heavy tracks up until “Desert”, which sees them strip everything back and this is where Tuva’s vocal really comes into their own. The delicacy and sweetness that is otherwise masked by noise is completely revealed as she sings about freedom. This track is at complete odds with everything else on the album. It stands out but for all of the right reasons, it’s beautiful and adds a completely different facet to the record and their sound.

This relative calm is very short lived as the duo are quick to hit back with the incredible Tease, by far the heaviest track on the album it’s a rip snorting barrage of synth stabs and guitars underpinned by Nelly’s hefty drumming. The shifts in sound on the album are nothing short of monumental, catching you off guard at every opportunity.

In all it’s a phenomenal debut album, something which has taken me totally by surprise, from the delicacy of “Desert” to the constant shape shifting of “Youth” to the unadulterated bluster of “Tease”. This album covers a lot of ground but it’s effortless, the aforementioned shifts executed with ease, which makes it an incredible piece of work.

Pale Honey can be found online here palehoney.com. They’re is also on Facebook and tweet as @PaleHoneyBand.