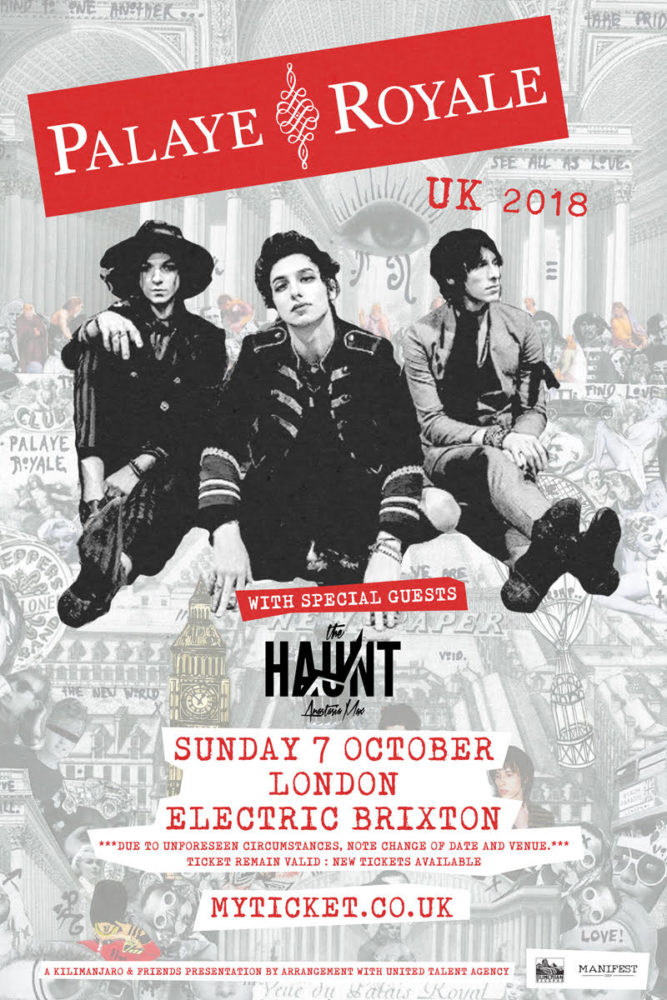 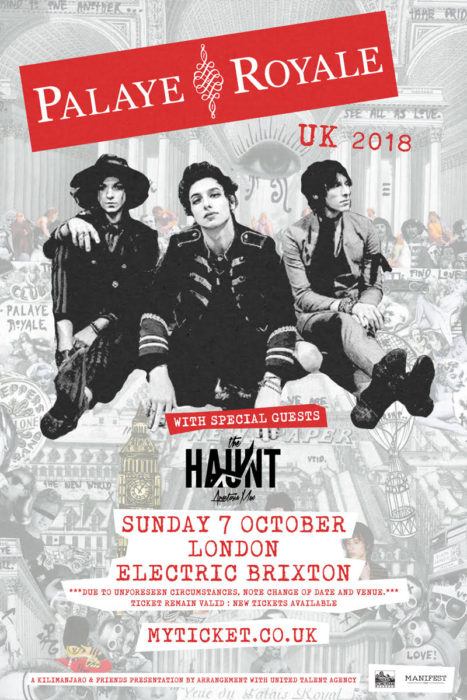 Palaye Royale announces that their sold-out London show will now be held at Electric Brixton on 07 October.

As part of their UK headline tour, the band had initially been poised to perform at London’s KOKO but due to a temporary closure of the venue, the show has been moved.

Ticket holders will be notified via email of the new date and venue change and all tickets remain valid.

This also means that there are now an additional 100 tickets on sale for the bands second ever London show! Tickets can be purchased here.

Speaking about the venue change, vocalist Remington Leith says: “It was always a dream for Palaye Royale to have the chance to play Koko and sell it out. Well, you, The Soldiers of the Royal Council, made that dream come true. Unfortunately, due to circumstances way beyond our control, we just found out that we have to move the show from KOKO to a new venue. On top of all that, we learned that there weren’t any proper venues available on Friday to fit everyone that purchased tickets…so we had to find the best-suited venue that was free on the nearest date.

So now we will be playing our show on Sunday, October 7th at Brixton Electric—we hope to see every one of you there. And now we have 100 more tickets available for this show—so if you couldn’t come before, now is your chance to see us play our biggest show yet!”

Set apart by their artistry and integrity, Palaye Royale are ‘indie’ in every sense of the word. They’re completely hands-on from their lyrics and musical arrangements, from the direction and production of their own music videos, right down to handling their own social media.

The band’s look, feel and authentic style makes them stand out from the crowd, whilst they remain true and pure to their music. Palaye Royale‘s musical output is primarily based around the rock genre; but with added classical influences and a theatrically charged fashion-forward art rock, this trio live life in vivid and vibrant technicolour.

Palaye Royale release their sophomore album Boom Boom Room (Side B) via Sumerian Records this Friday.