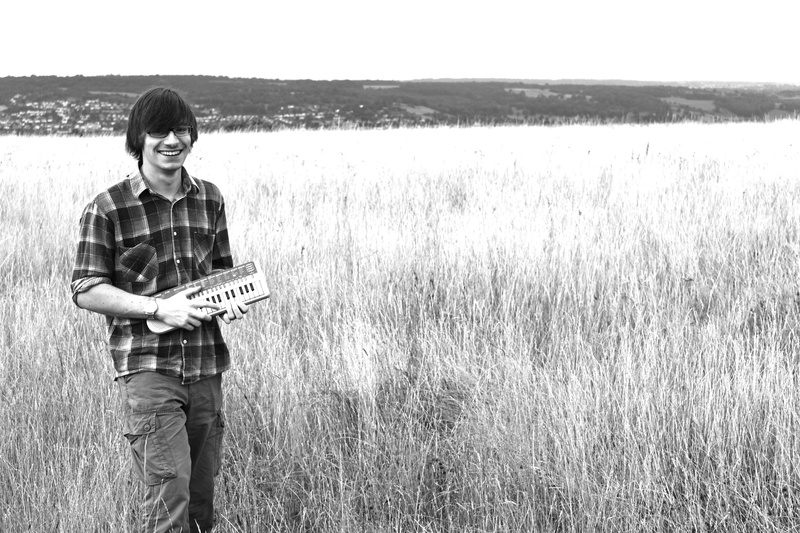 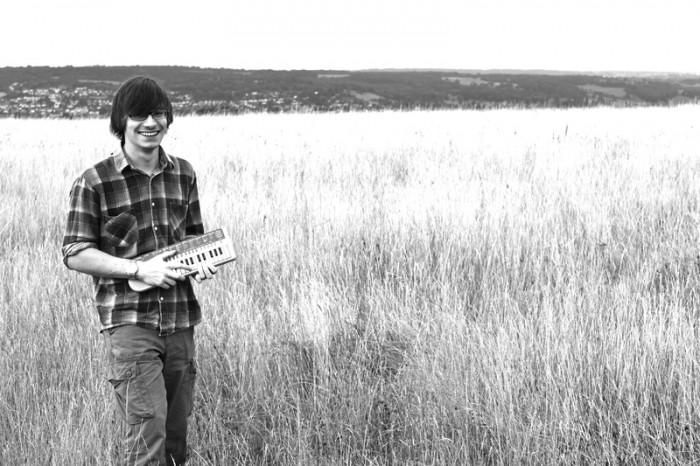 The beautiful thing about reviewing live shows is that you sometimes get to witness real stars on the rise, early outings from those that go on to make a mark in music, watching careers blossom. I had not heard of Owen Franklin before I was alerted to this low-key show at the Colston hall’s Lantern room. For a guy just hitting his twenties, Owen is surprisingly prolific having brought out three albums (He’s been working on his forth) and an E.P. as well as producing a cover version video a month on his You Tube channel. He is currently taking a break from producing film scores and organising Bristol Film Festival to put on a show in order to explore his back catalogue and develop some new material.

Making my way up to the venue, many of his family and friends are here in support and we all file into the annex venue to take our seats in front of the stage packed with numerous instruments. He has managed to put together an eight piece band including two keyboards, vocalists, saxophones, violin, lead and rhythm guitar. There a smoke machine, intricate lighting and strobes to make it effective as possible since he is recording the performance. It’s an impressive package.

When Owen and his band mates take the stage there is a palpable nervous energy which is understandable but as soon as he breaks into the set, there is a defiance and confidence in Owen’s voice that belies his years. The hour long set of original material is peppered with some of those cover versions, namely Kate Bush’s ‘Running Up That Hill’, Pink Floyd’s ‘Wish You Were Here’ and a raucous version of a Frank Turner song, where Owen swaps his piano for an acoustic guitar and boogies on down creating some infectious energy. Even some young un’s eating sweets in the front row are getting right into it.

It’s Owen’s own material that is the star here tonight. Songs such as, ‘The Not-So-Great Gatsby’ , ‘The Lover I Left Behind’ featuring singer, Stephanie Herbert and ‘Best At Being Me’ are truly catchy, well penned pop tunes in the vein of Ben Folds and Billy Joel. Some fantastic lead guitar from Patrick Keating and saxophone from Honor Brady lift the songs from their piano base, showing some real songwriting and arranging skills on the part of Owen. I have little doubt that we will be seeing more of him in the future, and some of us will be saying how we got to see in his early years. I predict a long career for Owen, whether it’s in the pop charts or on film soundtracks, a talent like this can’t be ignored.