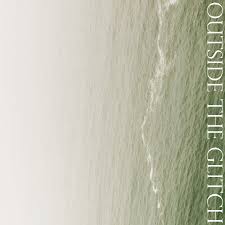 “You are now outside the glitch.  Please do not be alarmed.  Everything is OK.”  Such is the message on the Twitter feed of London based articulators of atmospheric ambience, Outside the Glitch.  Lee Ashworth stepped across the threshold to discover more.

A few days ahead of their eponymously titled debut release on Wormhole World via Bandcamp, Outside the Glitch issued a caveat designed to reassure prospective listeners: “Despite rumours to the contrary, we want only what’s best for you.”  Is this music as a form of escape?  Not escapism in the sense of, for example, Duran Duran’s Rio where we skate tanned and proud across tropical oceans, our senses suffused with snakes and semi-naked women contra Thatcher’s recession grey, union crushing Britain.  But escape as a delicate trail out from the confines of the darkening labyrinth all around us.  Escape as a rope trick which we climb only to discover at the moment of freedom, with captivity behind us, that the real world is tilted ninety degrees anti-clockwise upon its axis from all we had experienced before.  All this and more is suggested by the luminescence of their music and the vertiginous image accompanying their release.

Epoch, Jellyfish, Lovely Apocalypse and Void Permute: four tracks make up this EP that blooms like the unfurling flower of the century plant, dormant and often mistaken for dead, before awakening, its ascent against gravity now unstoppable. Epoch exudes a slow, gossamer grandeur before the muted, sub-aquatic pulsing wing beats of Jellyfish propel us through the gloaming: maybe together we can rise to the surface of this mirky ocean?  There is drama and apprehension in these depths.

For all the dystopian overtures in both the title and the darkening elliptical tides that encircle us in their vortex from the outset of Lovely Apocalypse, through the swirling metamorphosis of sounds rasping and rising, whisping and falling across the sonic field, this is a journey towards freedom and a new, fresher perspective. Soon we will be, as promised – Outside the Glitch, no longer fooled by the shadows inside Plato’s cave.  Those cataracts be ripped and torn, from darkest depths new heights are borne.

But as we venture out across the void of the final track, it is clear that in this new world, further reassurances may be required.

Distilling and yet transcending the current moment of ambient electronica, Outside the Glitch are cartographers of a mysterious Terra Nova and this subtle soundscape retraces their steps.

Check out Outside the Glitch via Wormhole World on Bandcamp here: