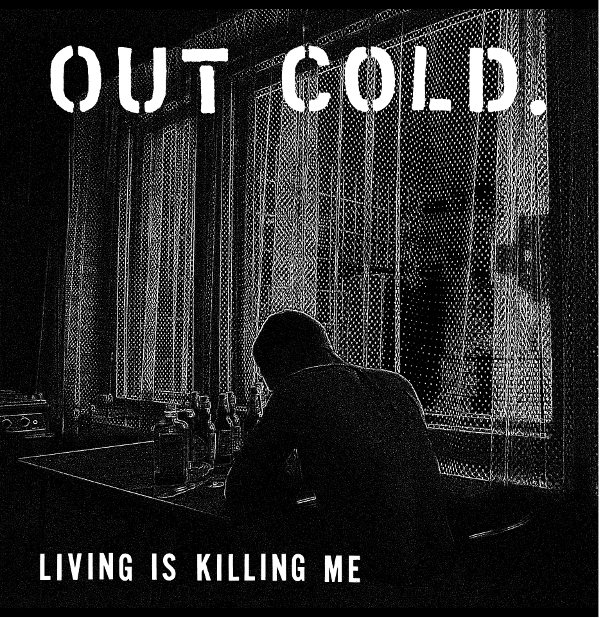 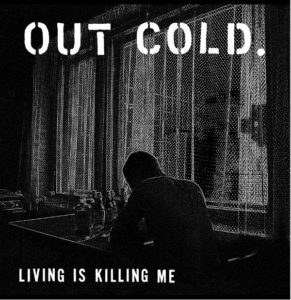 Out Cold – Living is Killing Me (Kibou)

Allegedly the “most underrated band in US Hardcore” Out Cold deserve some credit, but with so many other strong contenders it’s no surprise, says Nathan Brown, as he listens to a final album 10 years in the making.

Out Cold are one of those US hardcore bands I’ve always been aware of but to whom I have never paid huge amounts of attention.  So the claim from Kibou records that they are the “most underrated band in US Hardcore” could be valid.  Out Cold started in Dracut, Massachussets – less than an hour’s drive from Boston – back in 1989 and released 7 albums.  Having juddered to a halt in 2009 after the death of singer Mark Sheehan, why and how is this new “final” album coming to us now in 2019?  This final release completes some songs that Mark Sheehan and drummer John Evicci had laid down.  While Sheehan had played the guitar parts, he had never got to laying down the vocals. I guess its a matter of finishing what they started, and in some ways a tribute to a departed friend.  This project pulled in Kevin Mertens, the band’s original singer from their first eponymous LP.  10 years later and with additional guitars added in 2013 and again in 2017 I’m left wondering how many times this album very nearly didn’t come out.

Punks in the know often refer to a “Boston” hardcore sound (Massachussets not Lincolnshire, get me?).  The scene captured on “This Is Boston Not L.A” gave us The F.U’s, Gang Green and Jerry’s Kids but also Siege, DYS and SS Decontrol and had a heavy straight edge contingent.  Stripped back, fast, drum heavy hardcore generally driven by non-stop riffing speedy guitars and some angry bloke shouting at you. A general air of menace.  Songs that typically last less than less than 2 minutes.  Any that do will most definitely feature a breakdown in the middle for some circle pit action.

Out Cold fit into that bracket fairly well – straight ahead angry man shouting over rolling guitar riffs. But on this album they deviate a little in a couple of places, so if you add a bit of the rough and readiness of Poison Idea and Rollins-era Black Flag – particularly when it comes to some of the lead guitar work and vocal chord straining screaming – I think you’re there.  This may give it a wider appeal then those seeking a particular breed of hardcore as it moves towards a heavier, rockier sound often to be heard emanating from Scandinavia.  The problem for Out Cold has always been that they were running in a strong pack which might explain why they didn’t get as much recognition as they probably deserved.

The lyrics are from the darker side of life, observing the fucked up society we live in as if lifted from Travis Bickle’s diary and there’s a bit of introspective self loathing to boot. Titles like “Pre-emptive stabbing” and “Build it, set it on fire” are fairly strong clues. These 14 songs will take up just 20 minutes of your valuable time, which means gives you time to listen to them again.

Listen to You’re Toxic by Out Cold.

Also released in Russia and the US, UK readers can pick up their copies from Kibou Records, whose head honcho James makes a racket in his band The Domestics,  clearly influenced by Out Cold.