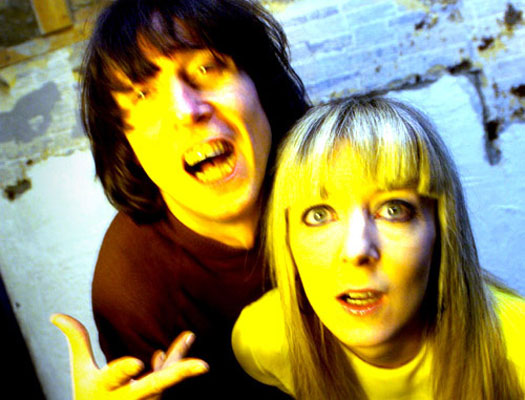 The Lovely Eggs play  Manchester Ritz on Saturday May 5th with the Membranes and their 20 piece choir, Evil Blizzard, The Cravats, One Sided Horse, Sink Ya Teeth. Tickets and details about this event from Skiddle or from Louderthanwarshop.

Our Top 10 Albums: The Lovely Eggs reveal which albums have influenced them…

The Lovely Eggs, the Lancashire two piece band forever described as either oddball, quirky or just weird have announced details of their forthcoming album ‘This Is Our Nowhere’ – the album will be self released on the 4th May via the bands own Egg Records label, an advance limited edition pressed on black and white vinyl will be released for Record Store Day 2015, which this year falls upon Saturday 18th April.

The Lovely Eggs are elected outsiders from the music industry, they operate without management, booking agents or record label support, what they do have is each other – members David and Holly being a couple and the parents of a very active toddler. The band formed sometime in 2006, playing their first ever gig in New York and then returning to the UK to play nationwide shows. Despite their ‘fuck it’ DIY attitude they have through unrelenting touring gained a huge and loyal fanbase, not to mention national radio play via BBC 6music, Radio One, and XFM, and live sessions for each station.

The songs on ‘This Is Our Nowhere’ are set in the hum drum of everyday life, but The Lovely Eggs take that source and pepper it with seriously fuzzed out guitars and crashing drums, all of which was captured when they recorded the entire thing in a disused factory in their home town of Lancaster.

We took the opportunity to ask Holly and David which were the Ten albums that had, and continue to inspire and motivate them; to tell us about the albums that have made a difference to their life.

Some interesting choices in there we think… 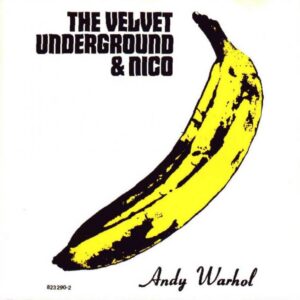 What can we say it’s The Velvet Fucking Underground! 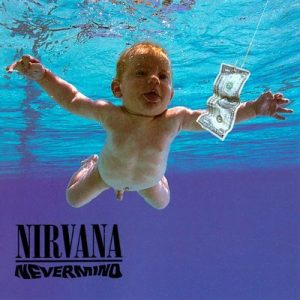 We both heard this at totally different times but it’s one of the only albums that we remember exactly where we were when we heard it for the first time. David was on tour in Europe doing the sound for punk band Dr and The Crippen’s when they played Smells Like Teen Spirit through the P.A. It totally blew me away so I asked the house engineer who the band was and he told me Nirvana. This was at a time when Green Day were the support band for Dr and The Crippen’s! It was before it all blew up and Nirvana-mania began.

Not many records make you stop and go ‘stop, who is that band’ and that’s the mark of a great album. Holly was at youth club when someone put it on a tape machine. I just instantly loved it and got a copy right away. I was a total Nirvana fan and I think that album really influenced my guitar sound. I’m always trying to get my guitar sound as big as Nirvana. 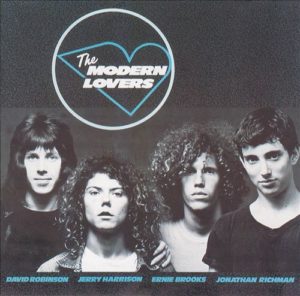 We have a massive affection for Jonathan Richman and The Modern Lovers. This is the album that all our mates were listening to in Lancaster back in the mid-90s. It’s like a staple. It’s so fucking cool and so New York and so punk rock (in our definition of punk rock, not the musical genre.) The songs are just so catchy and repetitive. And Jonathan is so no-nonsense and is constantly swimming against the tide and that aspect is something we really respect and admire. We met him twice and he is a total gent. Once we went to see him in New York and it was sold out and we could only get one ticket. So we were waiting outside with this one ticket like two minutes before he was due to come on stage and in he walks through the front door with an acoustic guitar over his shoulder.

He chatted to a few people and I just plucked up the courage and went to talk to him and said we only had one ticket between two of us and he just looked at the door person and pointed at us two and said “hey, these two, these are with me” then he just walked into the venue and right onto the stage!

We loved him for that and it was an amazing gig. Another time we went to see him in Manchester and managed to get back stage. He ended up playing an acoustic version of Pablo Picasso to David in his dressing room cos David wanted to know the exact lyrics. Golden memories. A truly lovely man who has time for all his fans. 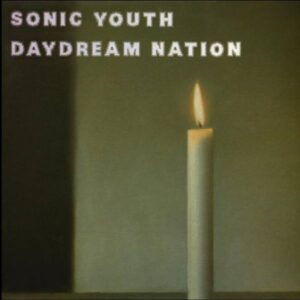 Sonic Youth are one of our all-time favourite bands and this is maybe our favourite album. There’s just something about the start of this album. It’s the guitar and the build up to the start of Teenage Riot. It’s kind of like the perfect start to an album. Then when the fuzz guitars come in and Steve starts clicking with his sticks by the time everything comes in you are totally ready for revolution!

We remember seeing Sonic Youth play this at this festival in France and we’d been drinking wine out of these orange juice style cartons and it was all down our faces and we remember they started Teenage Riot and thinking it was kind of the perfect moment. Sun, Sonic Youth and cheap wine!
You can’t beat it! A few years ago Sonic Youth did this tour where they played the whole of Daydream Nation from start to finish. We went to see it in Glasgow. Was totally brilliant and great to hear all the songs back to back just like on the album. If you can do that like 20 years after an album is released we’d say it’s the mark of a classic. 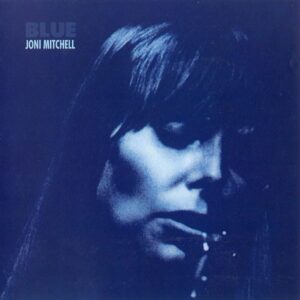 Now this is a funny one and maybe an album people wouldn’t expect to see in our Top 10 albums but this is such a good album. The songs are so beautiful and sad and true and real. Joni Mitchell is such a fabulous observationalist and paints great vignettes about everyday life.

This album is just like her holding up a mirror to her past. It is a true classic and transcends any musical genre you may or may not be into (we think). 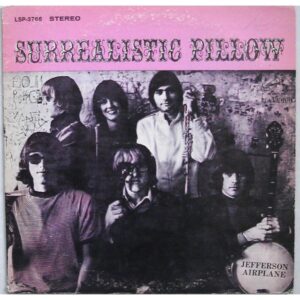 This is another beautiful album. This is kind of like the total antithesis of the Velvet Underground. Hippy West Coast vs Arty East Coast. We like the hippies though. It is possible to combine a hippy and a punk philosophy (we think). It’s all about freedom innit. And these songs on this album make you feel kind of free.

There’s like a kind of beautiful peace you feel when you hear this album. You kind of need to play it up a mountain on a record player in a picnic basket. 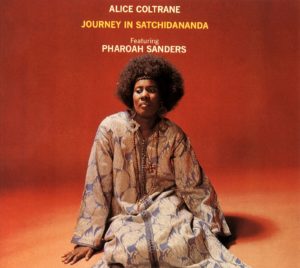 The title track on this album Journey in Satchidananda is just so fucking good. David is really into sitars and the sitar on the opening track is just so great. Such a great rhythm to it. It kind of gets you in this zoned out relaxed state and totally changes your mood. All good music kind of does that. We blame that harp. What a sound! It’s bloody brilliant! We are also really into Alice’s hubby John, especially his album A Love Supreme. We can sit for ages in our kitchen drinking and listening to jazz. We’re odd motherfuckers aren’t we! 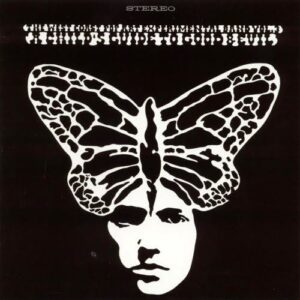 Their lyrics were odd and unsettling. And that’s what makes their music so amazing. Their leader and tambourine player Bob Markley has a really weird history. In fact our song ‘Allergies’ is loosely based around the Markley story. Look it up. Shindig did a really good thorough piece on him and the band. 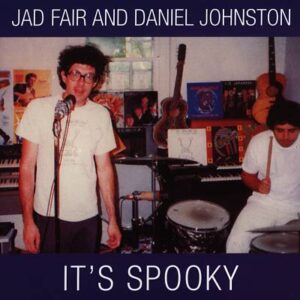 This is pure punk rock is this. Two mates writing songs exactly how they want, about things they want to, in the musical style they want to. With no set tempo or song length. Everything is out of tune. It’s just genius. The freedom in this record is really inspiring actually. It shows everyone that they can write about what the fuck they like and that you don’t have to be a virtuoso on guitar or drums or whatever to form a band. Plus the songs are great!

I remember my mate Simon making me a compilation tape and it had ‘I Did Acid With Caroline’ and ‘Kicking The Dog’ on and I was just blown away. Couldn’t believe something that simple could be that good. But it’s the simplicity of it that’s refreshing. And this album is kind of like the blue print to The Lovely Eggs approach to making music. 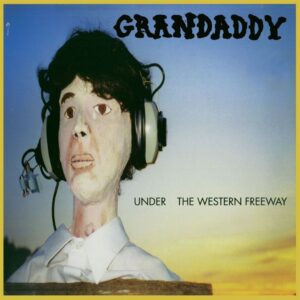 10. Grandaddy – Under The Western Freeway Released 21st October 1997 (Will Record)

This is one of our favourite albums by a modern(ish) band. I remember when my (Holly) old band Angelica were playing Reading Festival years ago (which was a pretty big thing for me at the time) David stayed behind at Leeds with his mate to watch Grandaddy the next day and missed our Reading set. I mean if you are gunna miss yer girlfriend playing Reading fucking festival it better be for a good reason. But what better reason than Grandaddy. I fully endorse his decision! This album is amazing.