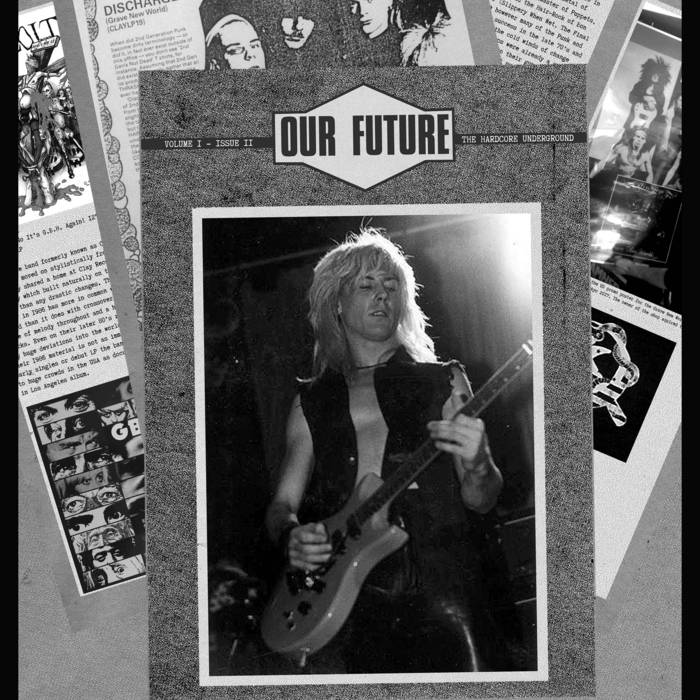 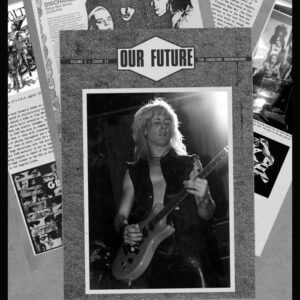 Louder Than War’s Nathan Brown reviews a single-issue fanzine devoted to the infamous Discharge LP, Grave New World, but remains to be convinced of the record’s value, despite an interesting read.

Following on from the first issue, Roddy Ploppypants is back with another “single-issue” zine. And this time round, it is the Discharge abomination, Grave New World. I remember walking into a record shop in the mid-’80s, seeing a new Discharge LP and thinking I ought to ask for a listen rather than buy straight away, cos something didn’t look right. Everything else had been pure black-and-white, and this grey thing had curly writing. Bloody hell! I dodged a bullet there. It didn’t sound right either. Those who know, know.

Roddy tries to put forward some arguments as to why Grave New World isn’t THAT bad, trying to take on the various accusations levelled at it. Poodle rock, etc etc. Unfortunately the rebuttals serve only to reinforce and remind that those things were said.  Despite his best efforts, Grave New World is still shit to me. But I enjoyed reading the vain attempts to convince me otherwise.

As with the previous KLF/ENT focused issue, there is an interview with someone who was involved in creating the subject matter – Stephen “Fish” Brookes, the guitarist who took over from Bones when Discharge went plain wrong. It makes for interesting reading, especially the tour recollections – sometimes funny, sometimes painful. But not as painful as listening to that fucking record.

A reprint of the “Discharge family tree” from a compilation LP could have been improved upon by showing the links to other bands, and maybe brought up to date with the most recent incarnations of Discharge. A missed opportunity.

This one-man mission to rehabilitate Grave New World will be of interest to Discharge completists, and I wouldn’t be surprised if our man puts on his Sunday best and starts door-stepping punks to convert them to the faith. I remain a defiant non-believer.

Available from www.ourfuturerecords.bandcamp.com.  Roddy also runs a distro of various international punk and hardcore bands so check it out.