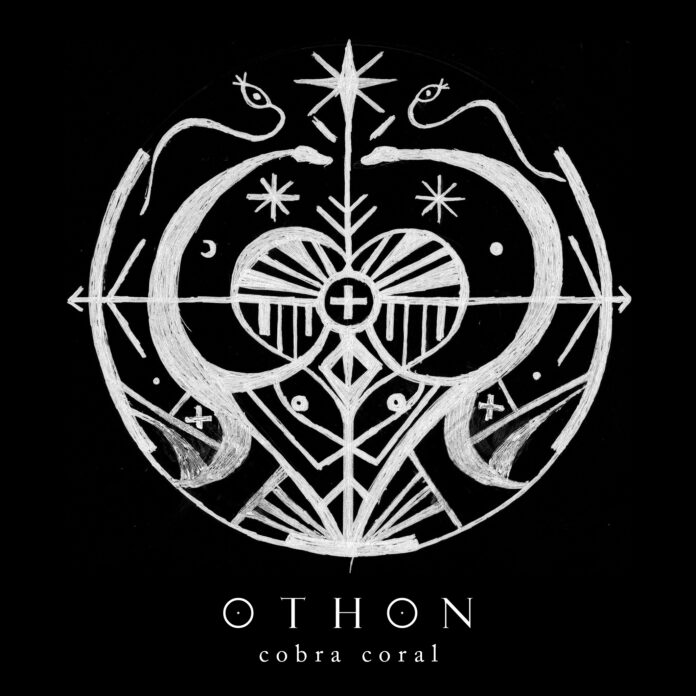 The multi facially pierced award winning pianist renowned for playing his signature piece (Boxer Coaster) wearing boxing gloves takes an Umbanda rhythm sung as a hymn in Brazil and turns it into a purely percussive affair. With the added vocals of one Marc Almond (who appears on just the single version) the track based on Seu Tupinamba has a fine summery feel which is short but incredibly infectious.

Studying at The Royal College Of Music and Trinity College Of Music after a move to London in the 90s Othon studied with the likes of Andrew Poppy before beginning several collaborations, one of which being Almond on his 2009 date at the Roundhouse.

His own musical style, PAN is said to be a genre that transcends stylistic limitations and his 2014 album, Pineal included cinematic pop, jungle, techno and violin infused electronica.

Quantum Mix is an eleven minute extravaganza where Othon teams up with Charles Poulet from the underground club scene to bring a mix to end all mixes. Poulet, who has both worked with Throbbing Gristle and toured with Factory Floor adds a flute loop which brings mystique to the track before plucked strings enter after a bank of vocals. The hook of Cobra Coral is ever present and the strap line fades in and out as various pieces of the mix start to fall into place.

The resulting Quantum Mix is a cavalcade of sound which would surely send any club goer completely insane as the cacophony reaches near fever pitch. It’s an incredible sound, and one which manages to remain focussed without sounding like a complete mish mash of undecipherable noise. Apparently, the goal is to ‘continuously raise the internal frequencies of the listener’. Mission accomplished.

Mix three, Boss Axis Mix remixed by the German duo provides a simple but effective groove which maintains the flute added into the Quantum Mix. Almost like an instrumental to a vocal version, it flows seamlessly to a percussive close.